Share
Imagine the Q3 Sportback being an impersonation of a mini-Lamborghini Urus and I’m sure it’ll be an association that is hard to shrug off.

I’ll be honest, with the rise in popularity of Sports Activity Coupés (SAC) in the premium SAV/ SAC class, the Audi Q3 Sportback wasn’t a model that particularly garnered a large amount of my attention when it first launched in 2020. Especially so for being “yet another” model that fills a gap within the range of another German marque. However, after spending a couple of days going about the daily routine with the latest Q3 Sportback, I sorely regret judging this book by its cover a little too quickly. Here’s why:

For 2022, Audi has launched a revised version of the Q3 Sportback, albeit with minor updates. Back in 2020, the team scored it highly for its good looks, premium build quality and practicality. For this year, the new Q3 Sportback (and conversely the Q3) comes as a single 2.0-litre TFSI variant, whose power plant receives a slight upgrade of about 10 bhp over the previous generation’s 2.0-litre model. 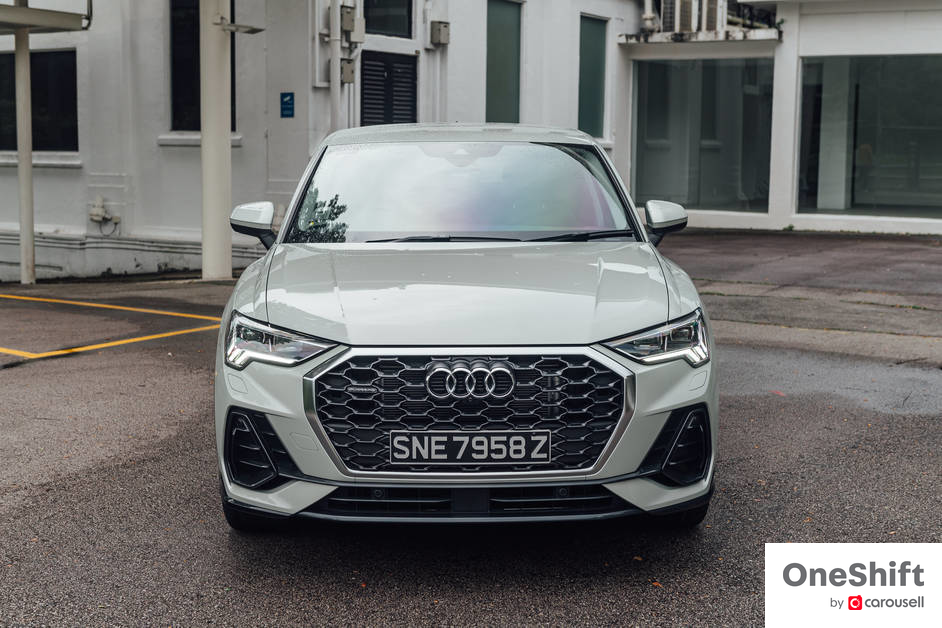 Realistically speaking, the extra 10 bhp will not be easily felt in a car that already performs in a rather sprightly manner off the line, with it being able to achieve the 0-100 km/h sprint in 7.3 seconds. And with 320 Nm of torque available from 1500 rpm, it already performs excellently in typical traffic situations and is agile enough in navigating the nooks and crannies of our cityscape. 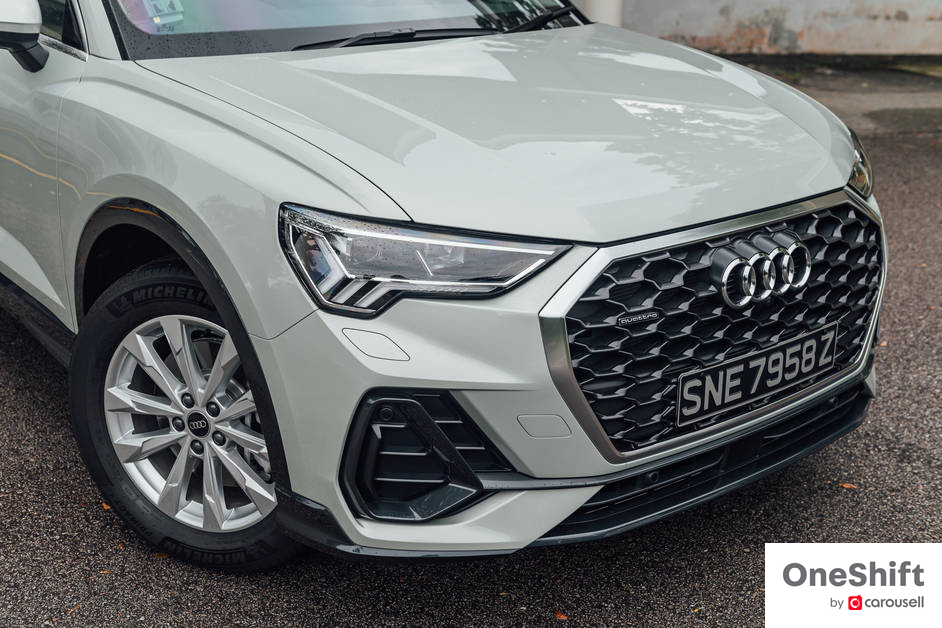 What’s more important is that despite the power bump, the Q3 Sportback runs more efficiently than before. Without trying too hard, we were able to hit an indicated 14.5 km/litre on the combined cycle, a meaningful improvement of about 15% over the previous model’s quoted 12.7 km/litre figure.

Also, the Q3 Sportback now avoids a $10,000 VES surcharge that came with the previous model, as it is now classified in the neutral ‘B’ band instead of ‘C1’. It might not be that large of a proportion against its $259,419 asking price, but any discount offered is welcomed, especially in this period of high COE prices. 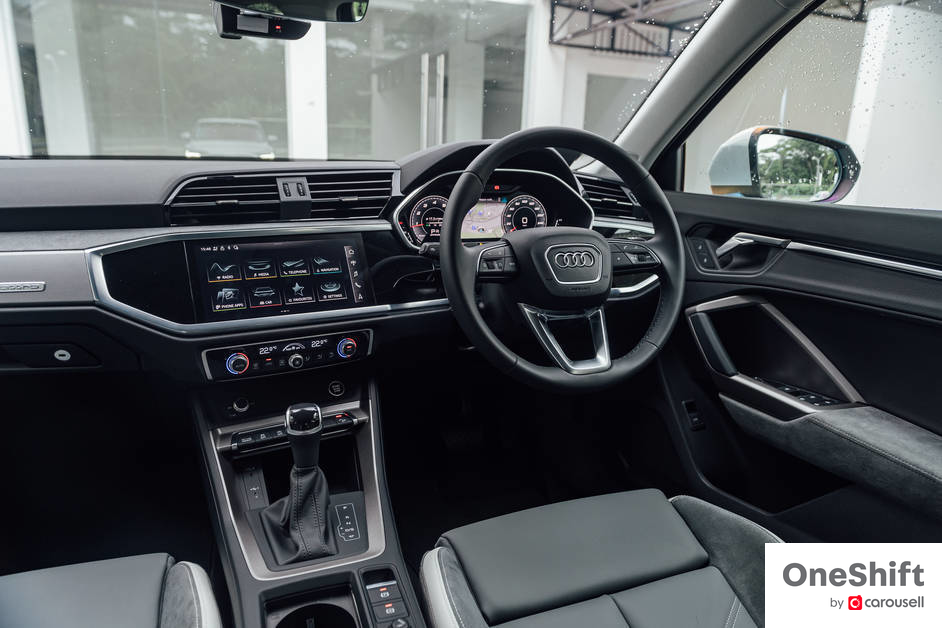 Inside, the Q3 Sportback retains its solidly-built cabin. Everything feels very well put together – with its mix of soft-touch surfaces and suede-covered elements, it almost feels like you are getting more than your money’s worth for this premium SAC. With every control at your disposal through its easy-to-use and familiar 10.1-inch Audi MMI touchscreen display, it is a soothing and pleasant environment to be in. 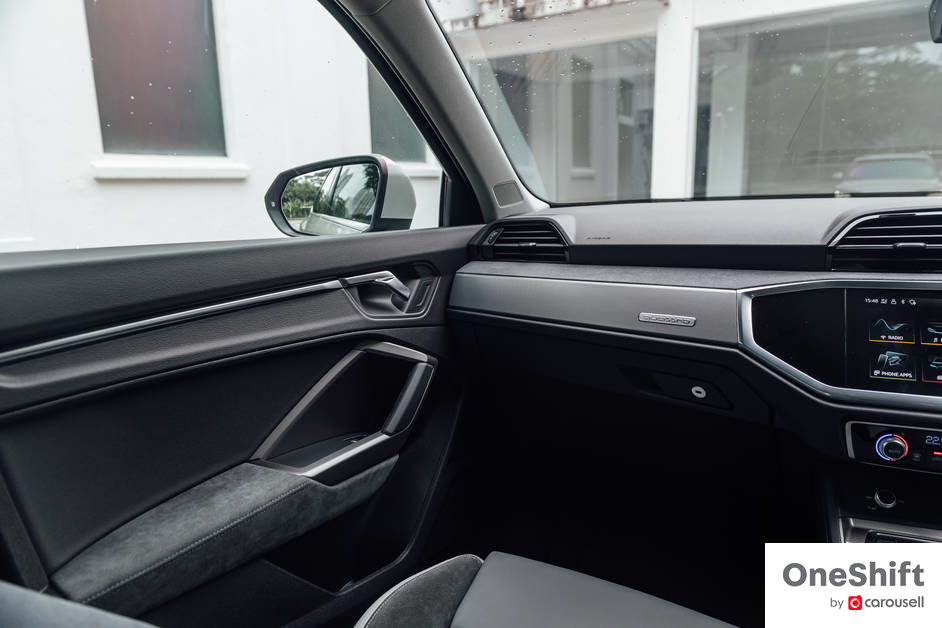 Riding on 18” alloys, the Audi is nicely sprung and is slightly more comfort-oriented compared to the outgoing model’s S-Line variant. As expected of a high-riding vehicle, it rolls a little into the corners but nonetheless feels secure with Quattro (AWD) coming as standard for the Q3 Sportback. Overall, we wouldn’t say that there’s nothing out of the ordinary to be found here, just the direct, safe and accurate handling that you’d expect of a car of this class. 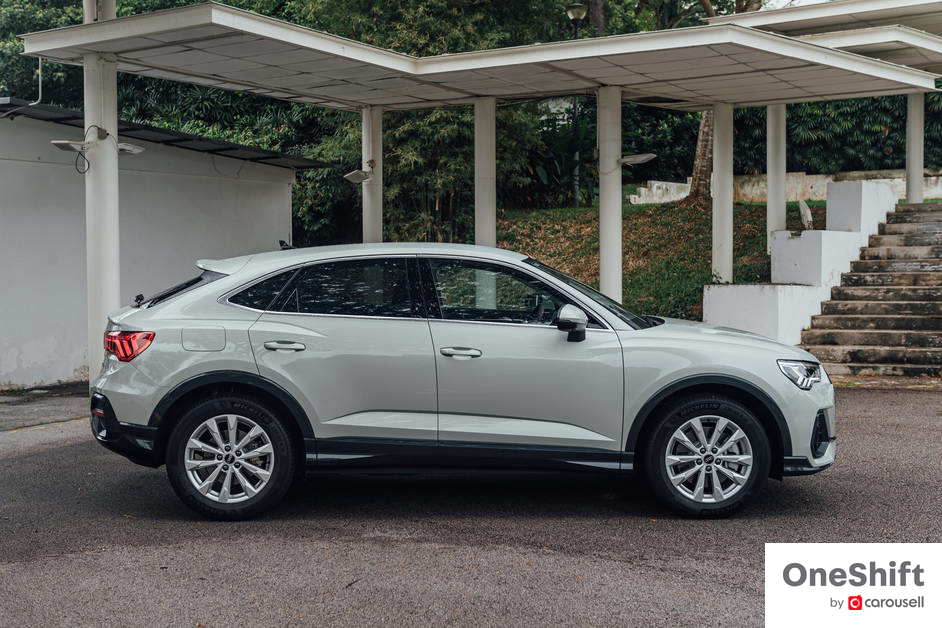 With all these merits, is the Audi Q3 Sportback worthy of consideration over not just its competitors but its regular SAV sibling, the Q3? It could be down to a matter of one’s taste or lifestyle needs, but being one of the few SAVs out there which go really well with a coupé-like sloping roofline, we say yes – don’t think anyone would object to the mantra that first (external) impressions count. 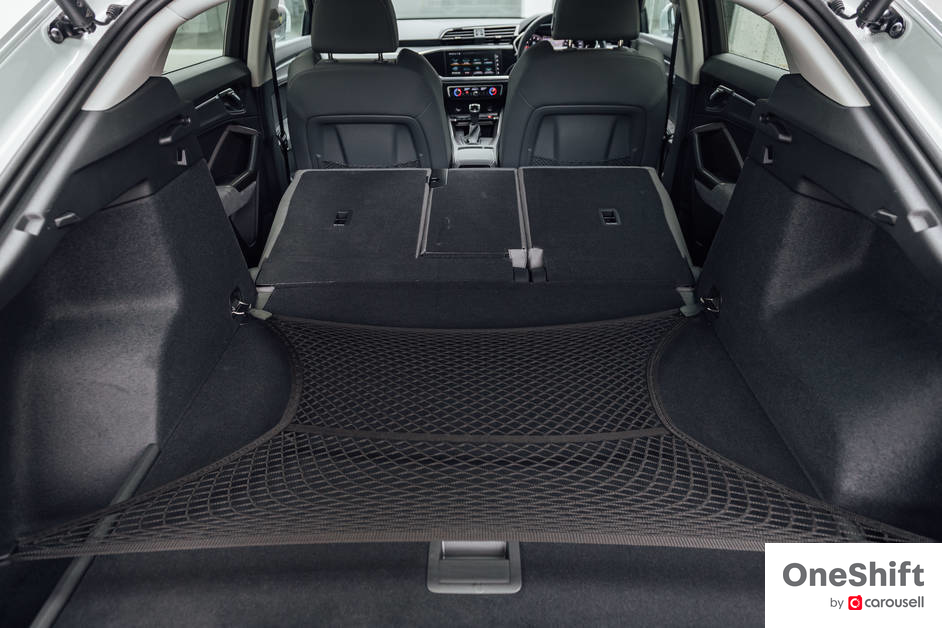 Rear headroom might suffer a little from its lowered roofline, but for most adults of average height, and with that 60:40 split rear bench that slides backwards and forwards by 130 mm, you’re not giving up much in the way of space. And to sweeten the deal, boot space remains identical between both Sportback and non-Sportback Q3s. 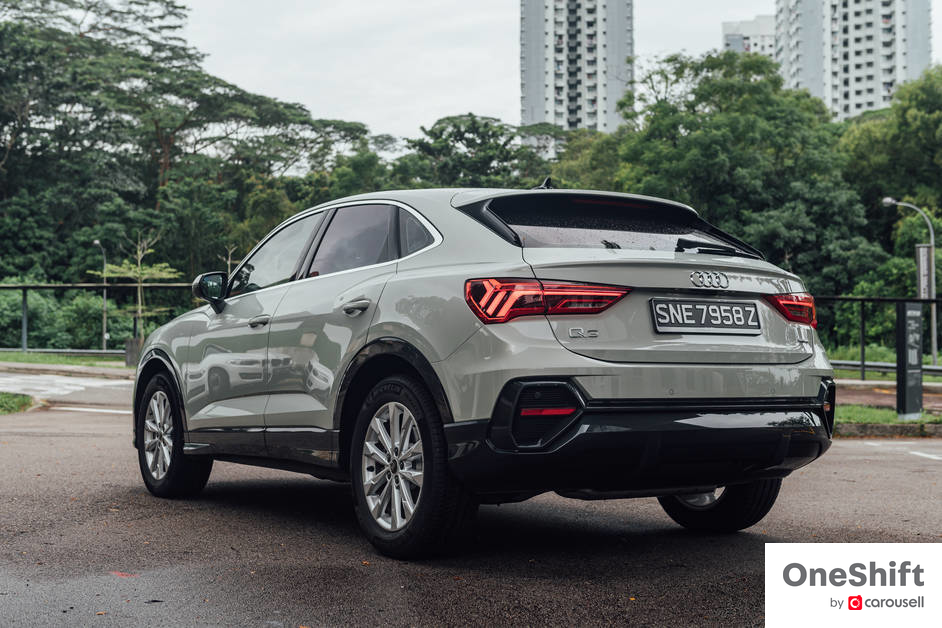 Imagine the Q3 Sportback being an impersonation of a mini-Lamborghini Urus and I’m sure it’ll be an association that is hard to shrug off. For something that maintains a fine balance in stylish yet sporty looks – a great combination of muscular rear haunches and flowing lines – without compromising much on practicality, the Q3 Sportback is definitely worth a closer look.

What we like:
Excellently executed styling without any loss in practicality over the regular model, easy to manoeuvre around town
What we dislike:
Drivetrain is more comfort oriented than sporty – there's the RS Q3 Sportback for that stuff

The Q3 Sportback manages to maintain a fine balance in both stylish and sporty looks, without compromising much on practicality – pick the right colour and it'll stand out well amongst the current crowd.