The world's fastest SUV at Goodwood Festival of Speed 2022

Aston hosted OneShift for a day at the FoS, and brought us on a hillclimb in the DBX707. Share
Lunging forward from the starting line to reach 100 km/h in 3.3 seconds, it has performance that you would not expect in a large sized SUV.

Every year, Glastonbury and Goodwood Festival of Speed (FOS) are two of the most anticipated events in the UK. What makes them special? They are cultural events that bring people with different niche interests together. 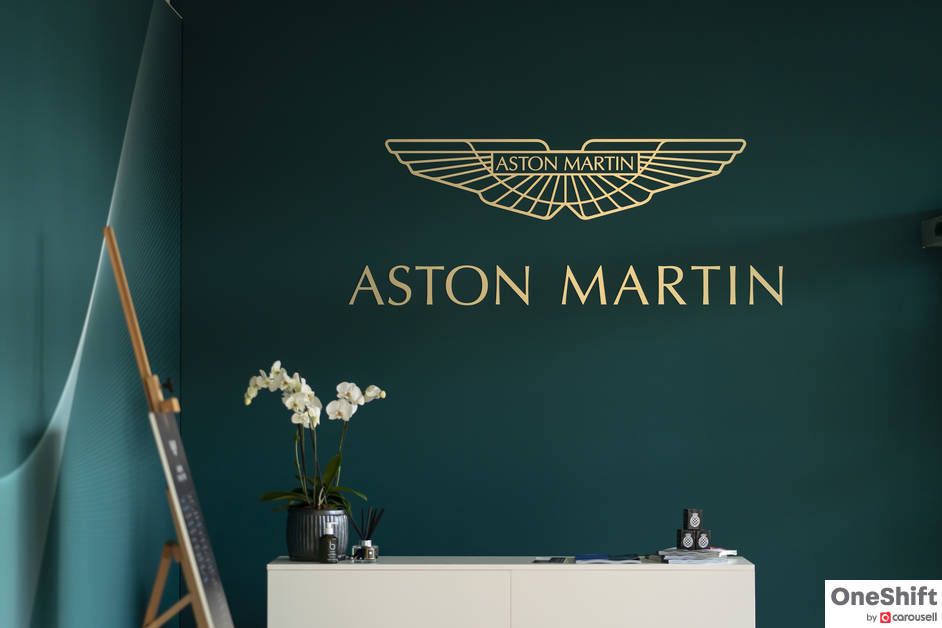 If you are a petrol head, you will find yourself at home at FOS. From motorcycles, super and electric cars to rally, drift or classical cars - you can geek out in almost every niche. On the cars, you may find flecks of dirt, flies or rubber pellets. Yes, you read it right, dirty. Although the cars at the festival are gorgeous and in some cases only exist in a handful of examples, it is not a beauty pageant or parade. 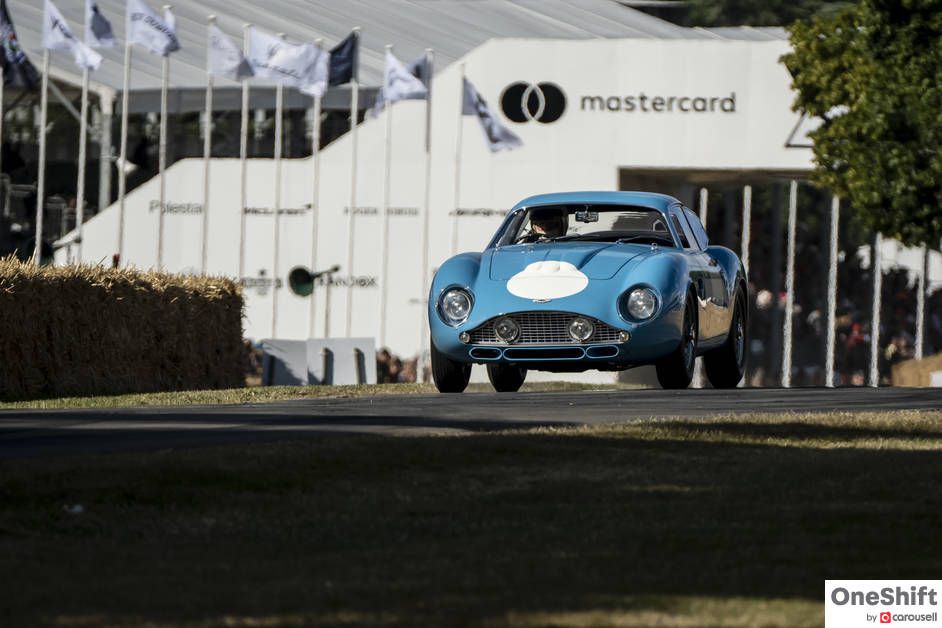 Almost every car present is driven fast in the famous hill climb. Rain is not a deterrent either. The racing drivers at the wheels barely hold back on a wet track. Heart rates increase as the drivers wheel spin or slide at 120 mph (~193 km/h for SG folks). Ladies and gentleman, this is Goodwood Festival of Speed where you can touch, hear the roars of and watch cars go whoosh up a twisty hill! It’s an “alive” event. Something is always in motion, whether it’s a motorcycle, Red Arrow flying above or fireworks celebrating to celebrate the sense of occasion. 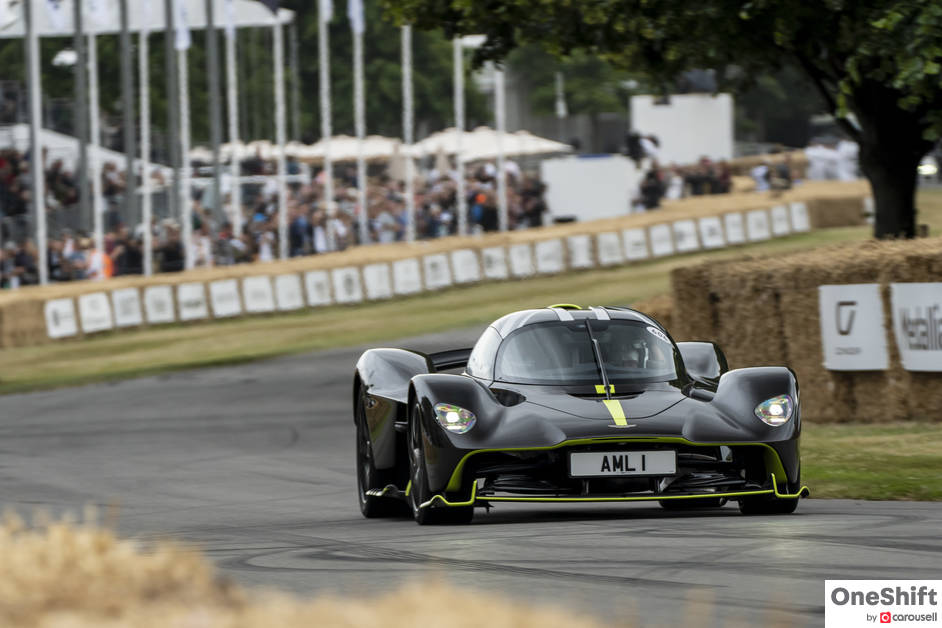 Car manufacturers take part in FOS to premier new cars, display historical cars or to hold a “dynamic debut of a car” to show off its performance prowess. Throughout the 4 day weekend, CEOs, car designers and vehicle engineers roam around amongst visitors. How about shaking an engineer’s hand and thanking them for putting a central armrest cubby in your favourite sports car? 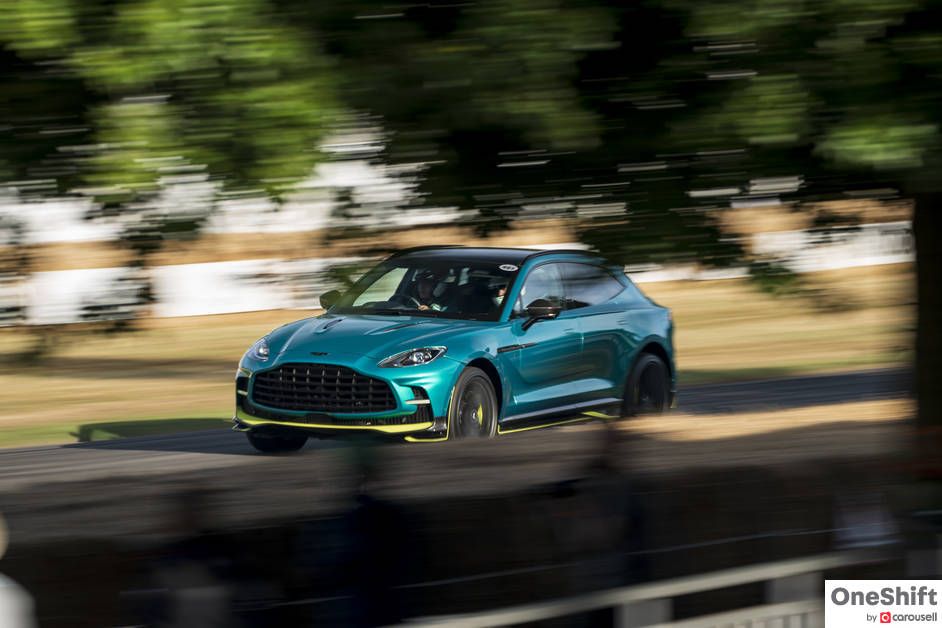 Aston Martin had cars dotted around in different places including the supercar paddock, lawn and on track. On the latter, the Vantage and DBX707 served the duty as safety and pace cars. The DBX707 is the flagship performance model of the DBX SUV. With a top speed of 193 mph, it’s currently the world’s fastest SUV. Under the hood is a twin-turbo V8 producing 707 hp and 900 Nm of torque. It’s a mighty power plant! At FOS it had the credentials to charge up the hill together with some of the world’s most desirable super and hyper cars. 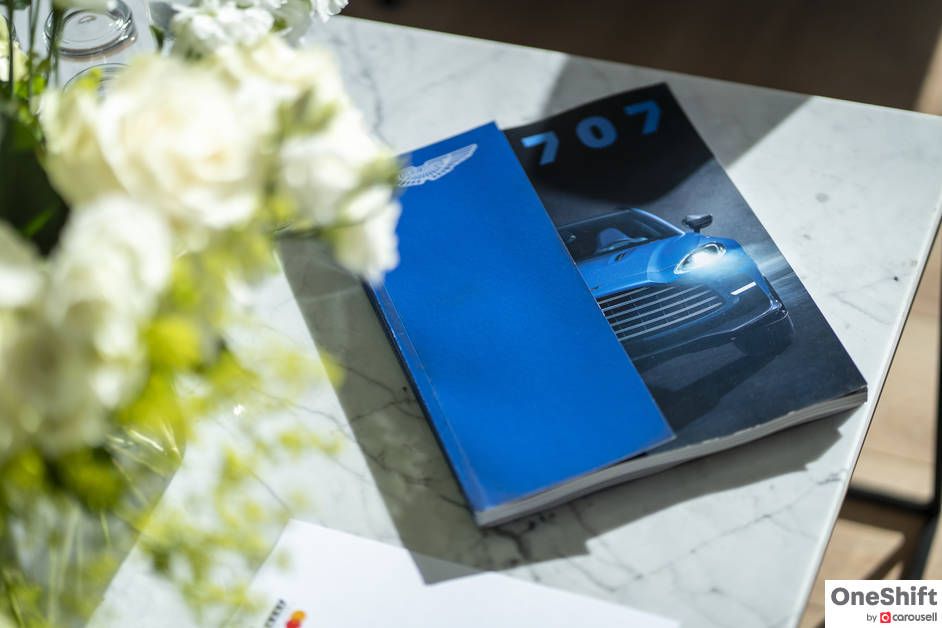 On the outside the DBX707 is athletic with its enlarged intake grille, four exhaust tips and aerodynamically enhanced diffuser, side skirts and rear bumpers. However, there’s a gentleman’s side to the car. Aston Martin used it as a shuttle for VIP guests from the Kennel Club to a gate for the festival. On bumpy lawns and undulating gravel roads, the suspension was so compliant that you wouldn’t know that it’s a flagship performance SUV. Thanks to the ZF8 gearbox, the gear changes were seamless making the car pleasant to spend time in. However, activate Sport+ and the DBX707’s athleticism roars to life. 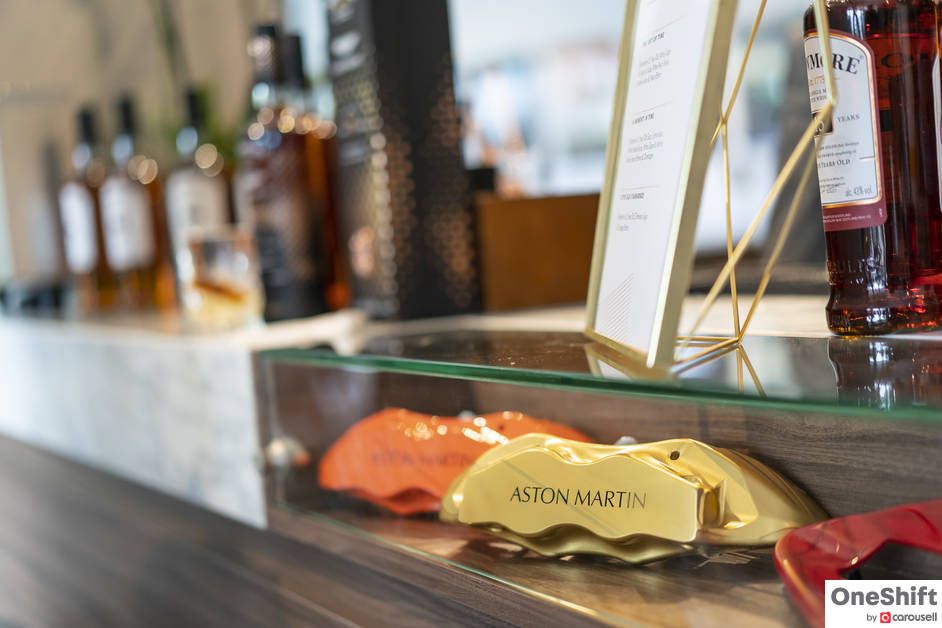 Raced up the hill, the car is a memorable performer. Lunging forward from the starting line to reach 62 mph (~100 km/h) in 3.3 seconds, it has performance that you would not expect in a large sized SUV. The strong brakes permit late braking into a corner while the upgraded suspension makes it more keen to be pointed towards an apex. As Andy Tokley, chief vehicle manager of the DBX707, was steering the car up the hill, the air suspension and anti-roll bars reacted to the degree of his steering and pedal inputs in milliseconds. This maintains body control with minimal delay. Over 100 different tyre compounds were tested in order to find the optimal one. It’s a truly engaging car to indulge a spirited drive in, but also has the breadth of ability to be pleasant to spend time with family. 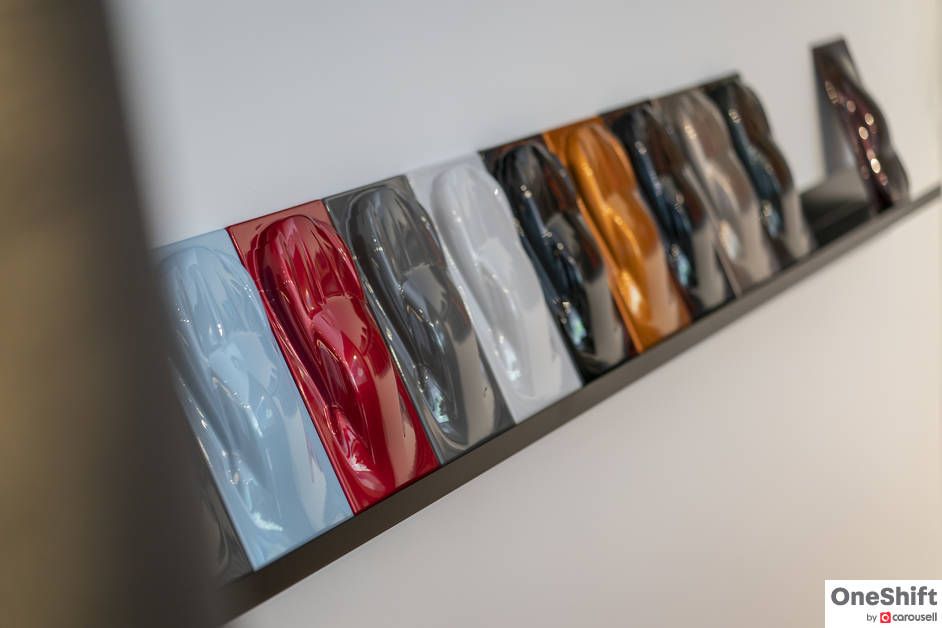 To ease off the adrenaline, Aston Martin had a hospitality area where VIPs could retreat. How about ordering a whisky infused cocktail at the bar while mingling with AM owners or resting your legs while overlooking the first turn of the hill climb? At Goodwood Festival of Speed, there is a reason for anyone to smile whether it’s awakening your senses with hill climb action, socialising or enjoying a fun day out.