Goodwood Festival of Speed 2022 with Porsche

We attend the Festival of Speed 2022 with Porsche, and got to meet a few Porsche personalities as well as sit in a very special 911 on the hillclimb. You know what reminded me of my visit to the Festival of Speed (FoS), all the way back in 2013? 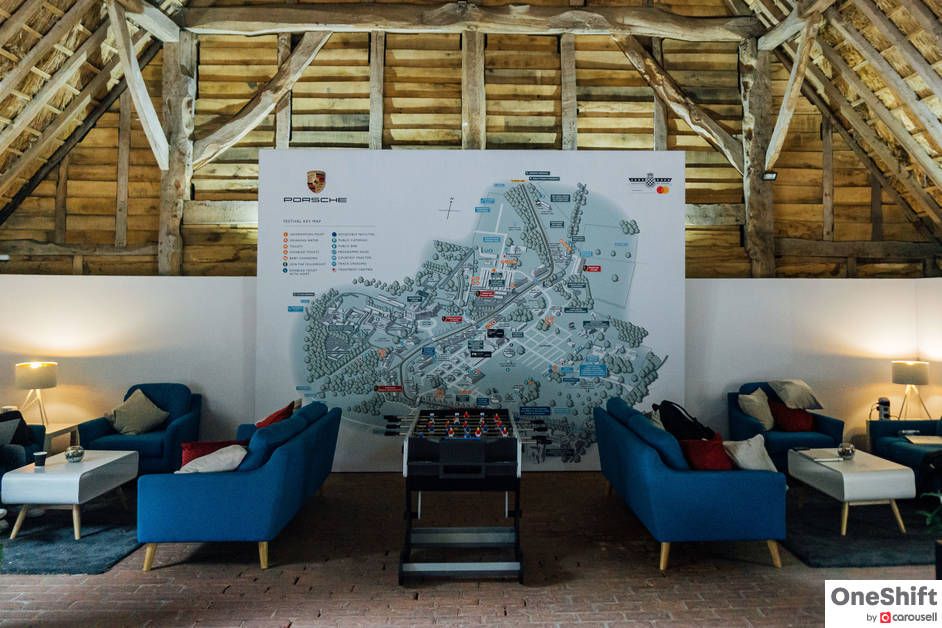 It’s the fresh smell of the fields of Goodwood, Duke of Richmond’s own. 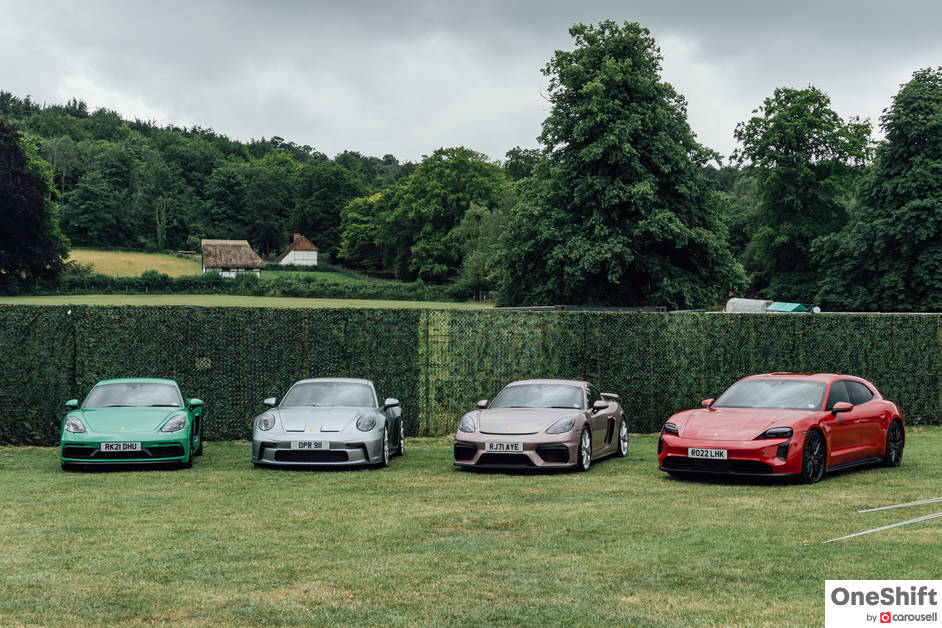 The British summer is always unpredictable, but it is the most glorious season of all. That’s also when the FoS runs. 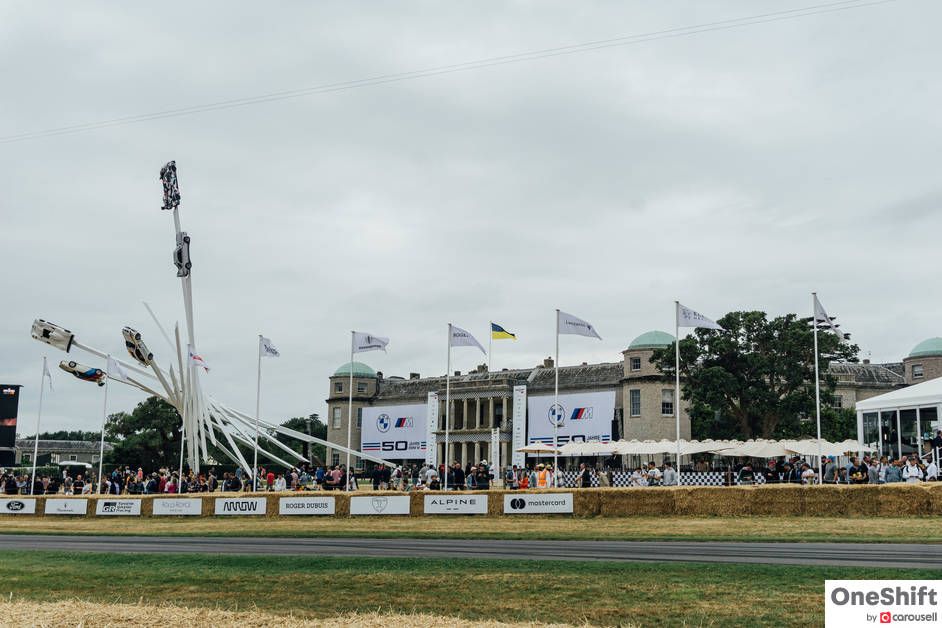 The countryside turns a verdant green and the grounds of Goodwood transforms into a true kaleidoscope of all things automotive. There are classics that feel like Concorso d'Eleganza; supercars like the Gumball 3000, modified cars like it’s the Tokyo Auto Salon and rally cars like it’s a WRC stage. 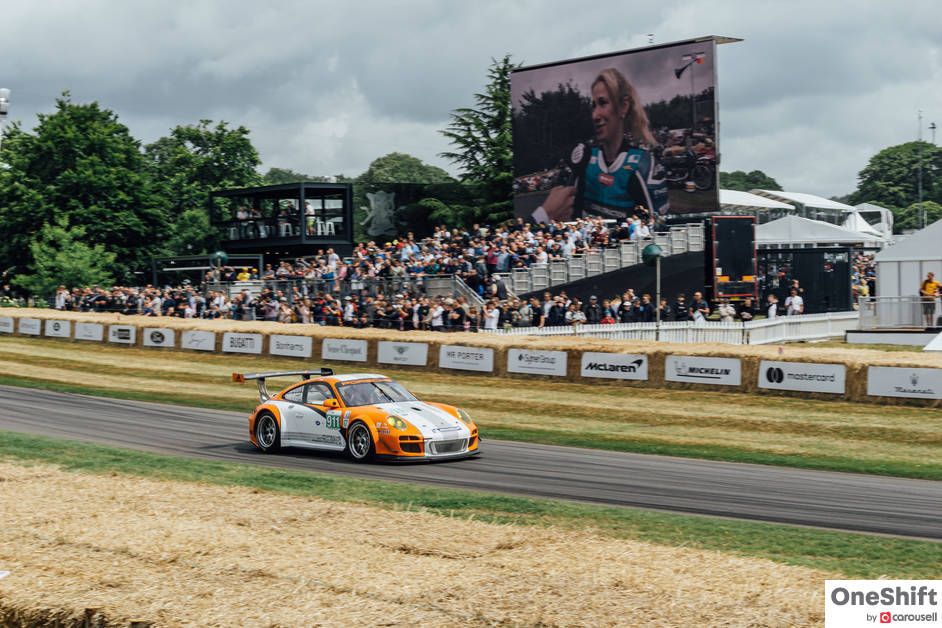 But best of all, these cars are not just static. They’re invited to go on the Goodwood Hillclimb and set timed laps. It’s semi-competitive, but everybody knows it’s fun first and foremost. So when cars climb up, they do donuts, drifts and burnouts, you name it. Just to make the crowd happy. 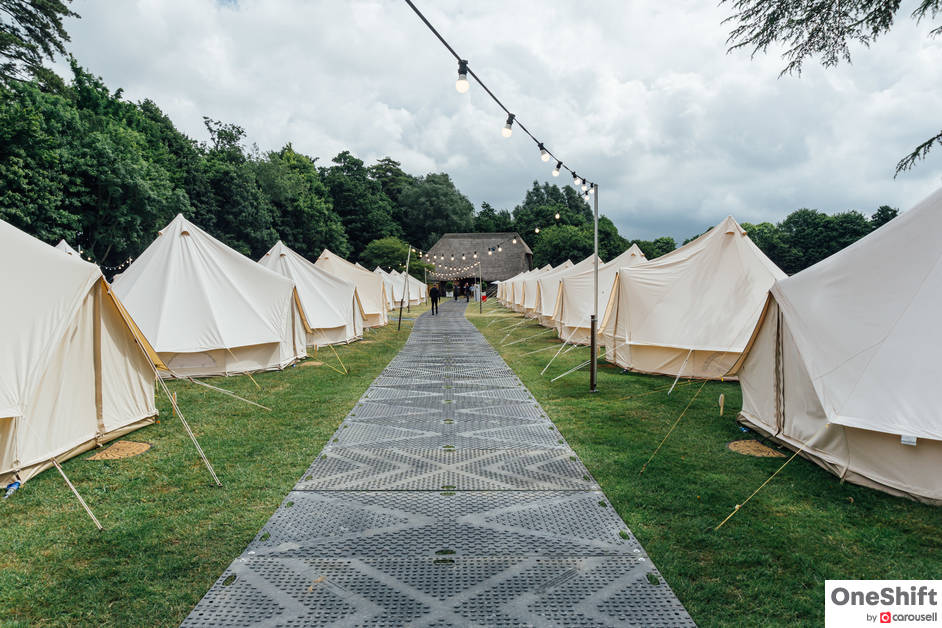 These cars aren’t just sitting for show like a wallflower. Some of the older specimens are even a century old and literally are fire-breathing, and they relive their racing life for a short, special moment while at FoS. That’s what is special about FoS, really. It’s not a museum; it’s a true festival with the sounds and smells of moving cars, many of which we only ever see pictures of or hear about in conversations. 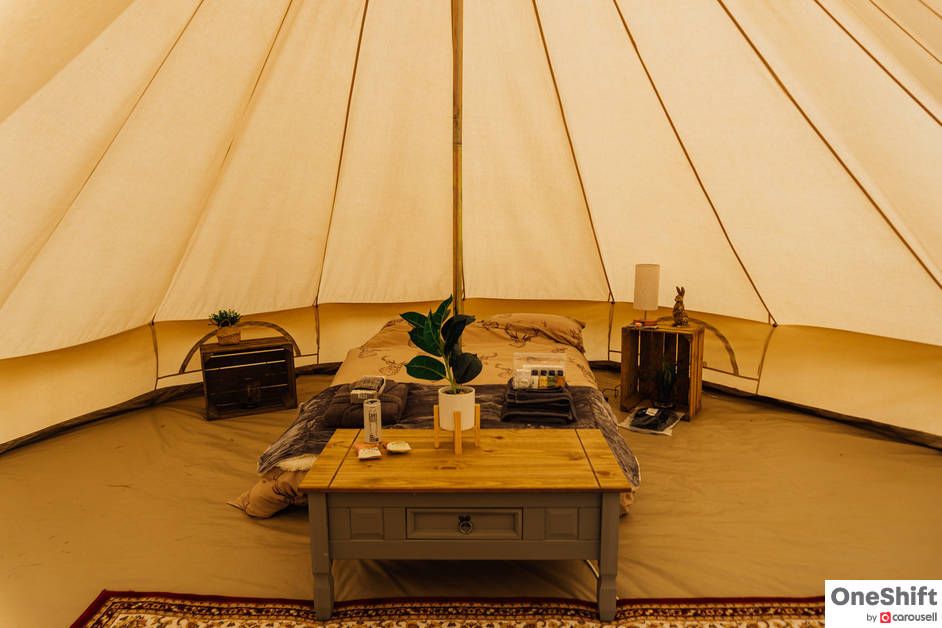 This is my second visit and it feels just as special as the first. Probably even more special, because while I went for the first time as a student, this time I’m with Porsche. They put us up at the Weald & Downland Living Museum grounds in a glamping site, an arrangement I’ve always heard about but only got to experience now. It’s cosy, tremendously novel and a fun way to be close to the FoS instead of getting a hotel at nearby Portsmouth. But I wish I was dressed more for the cold (blame the British weather!). 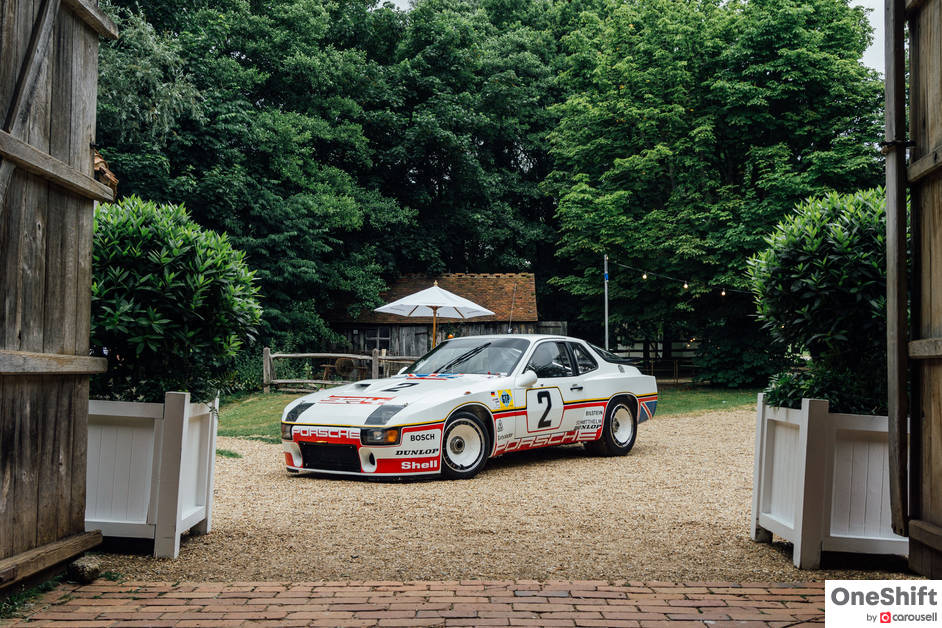 At the FoS, Porsche unveiled its newest LMDh-spec competitor – the 963. It flies the typical Porsche motor racing colours: white, red and black and its design hails from the victorious 956 and 962 classics from the 1980s. A continuous strip of lighting at the rear echoes the distinctive feature of the latest 992-generation 911.

Race ready with the Porsche 963 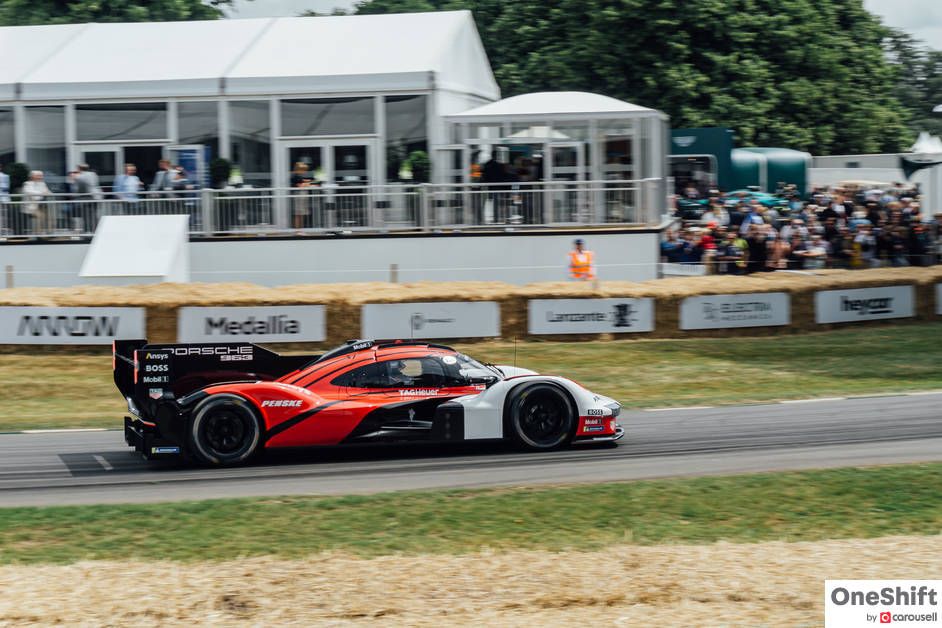 In compliance with the LMDh regulations, the Porsche 963 is based on an LMP2-category chassis. This newly developed vehicle chassis is supplied by the Canadian high-tech company Multimatic. Bosch, Williams Advanced Engineering and Xtrac contribute the standard hybrid components. At the heart of the powertrain lies a 4.6-litre V8 Biturbo, which is based on the 918 Spyder’s engine. 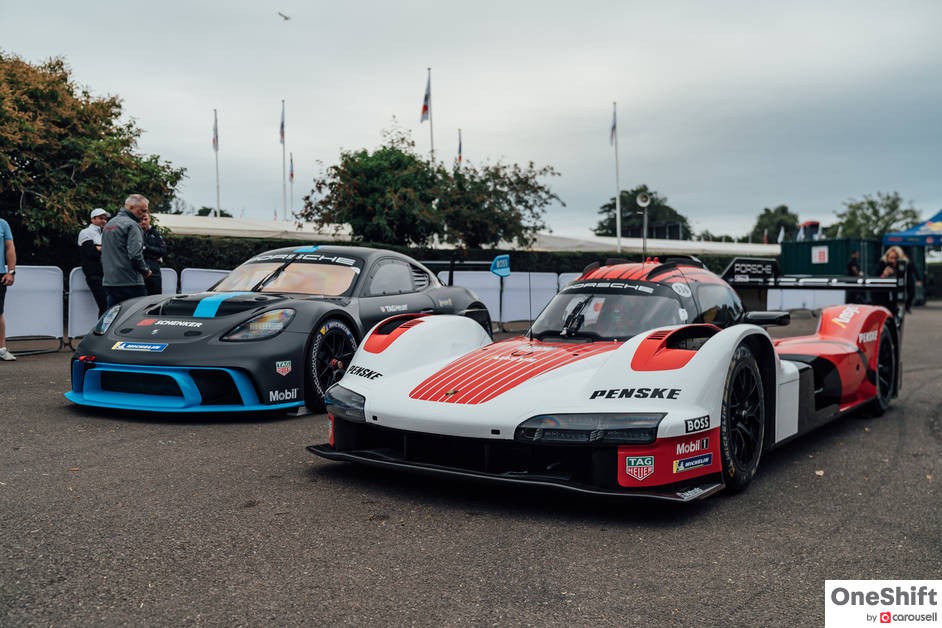 Hearing and seeing it go on the hillclimb, there was a palpable sense of pride as Porsche will field it in both the FIA World Endurance Championship and the IMSA WeatherTech SportsCar Championship, after the string of WEC successes with the 919 Hybrid that ended in 2017. I spoke to Thomas Laundenbach, Vice-President of Porsche Motorsport, about the new 963 - read more here. 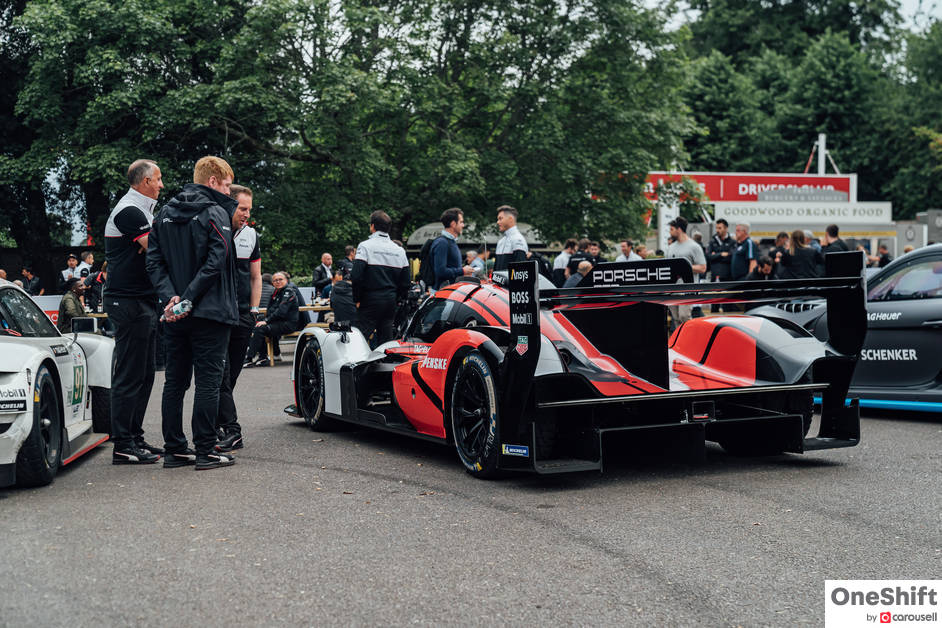 Something else I really looked forward to seeing was the 911 Sport Classic. Boris Apenbrink, Director of Porsche Exclusive Manufaktur, the brainchild of the car and also the creator of the 997 Sport Classic, spoke with me about the 911 SC and what other limited edition, low production models to expect. 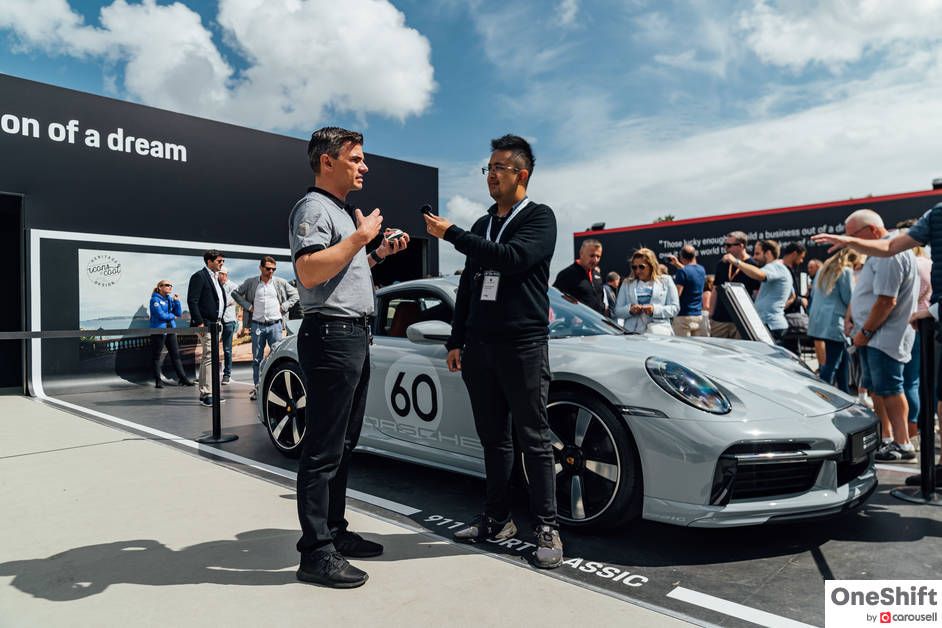 One fascinating Porsche that literally blasted up the hillclimb at lightning speed is the GT4 ePerformance. Demonstrating the potential of the concept and the possibilities of racing formats, the GT4 ePerformance carries over a lot of the technology from the Mission R, like the electric motor and battery technology. In qualification mode there is a maximum output of up to 1,088 PS. 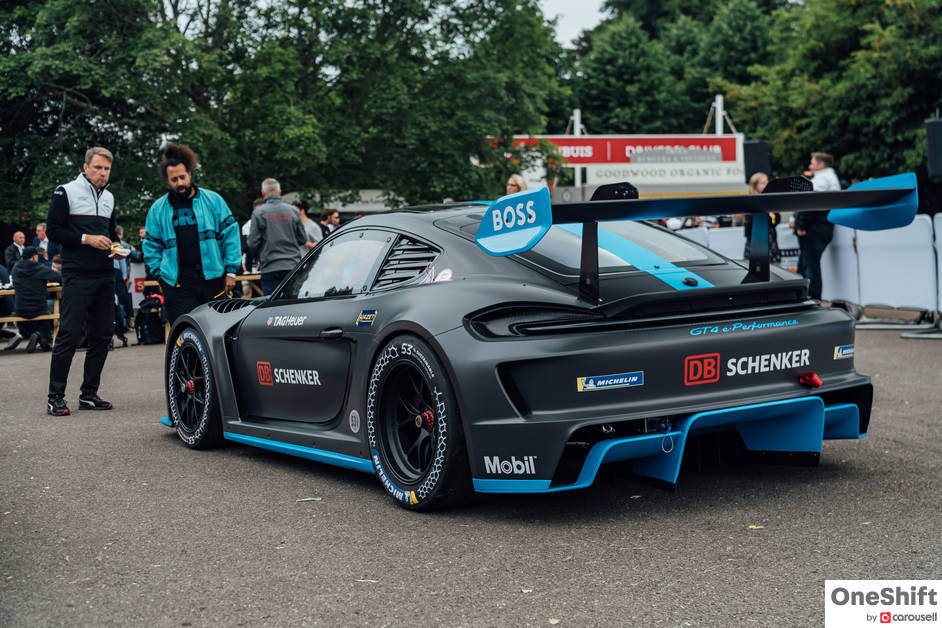 In simulated racing, a steady 612 PS is available for 30 minutes – the duration of a Carrera Cup race. In terms of lap times and top speed, the GT4 ePerformance is on a par with the performance of the current 992-generation 911 GT3 Cup. Thanks to 900-volt technology, the state of charge (SoC) of the battery at full charging capacity jumps from five to 80 per cent in about 15 minutes. 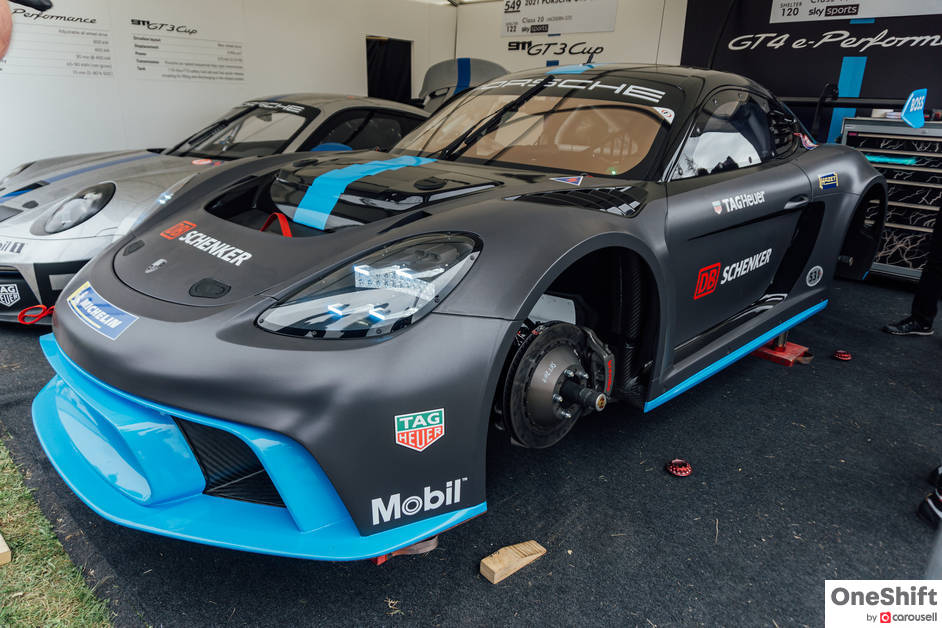 Porsche being Porsche, being in the car is what it’s all about, and they offered a passenger ride in the famous Goodwood Hillcimb – in the Taycan GTS Sport Turismo (which made its UK debut). That’s something I wouldn’t turn down, but by a stroke of favour I was instead placed into the 911 GT2 RS Manthey Racing with decorated race car driver Kevin Estre behind the wheel. Quite an upgrade! 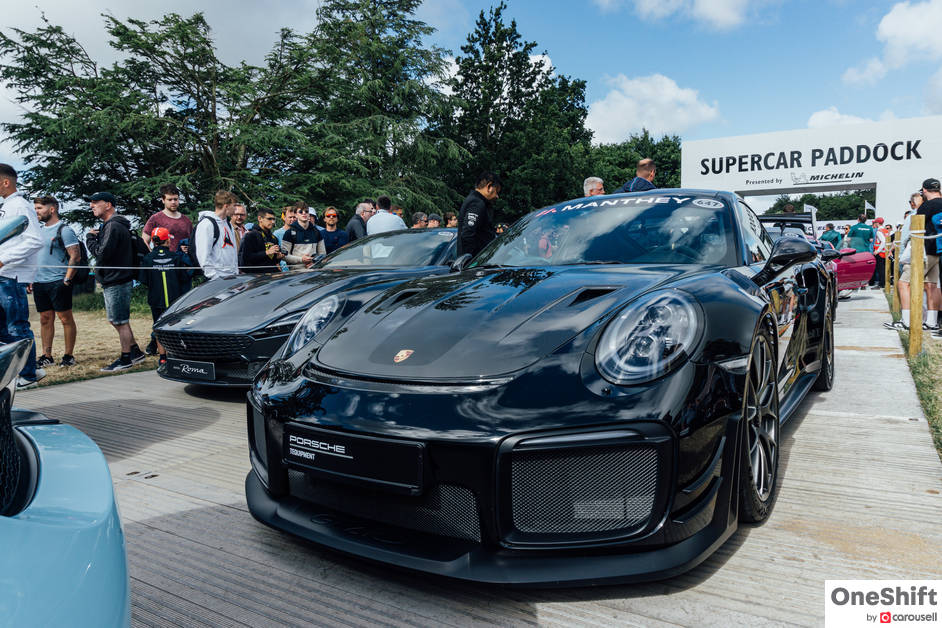 Kevin almost didn’t make it (he was finding parking) but just a few dozen metres from the start line, he jumped in, demonstrated his deft skills at belting and suiting up, and then blasted down the Hillclimb with deadly accuracy and ferociousness. What a lad. 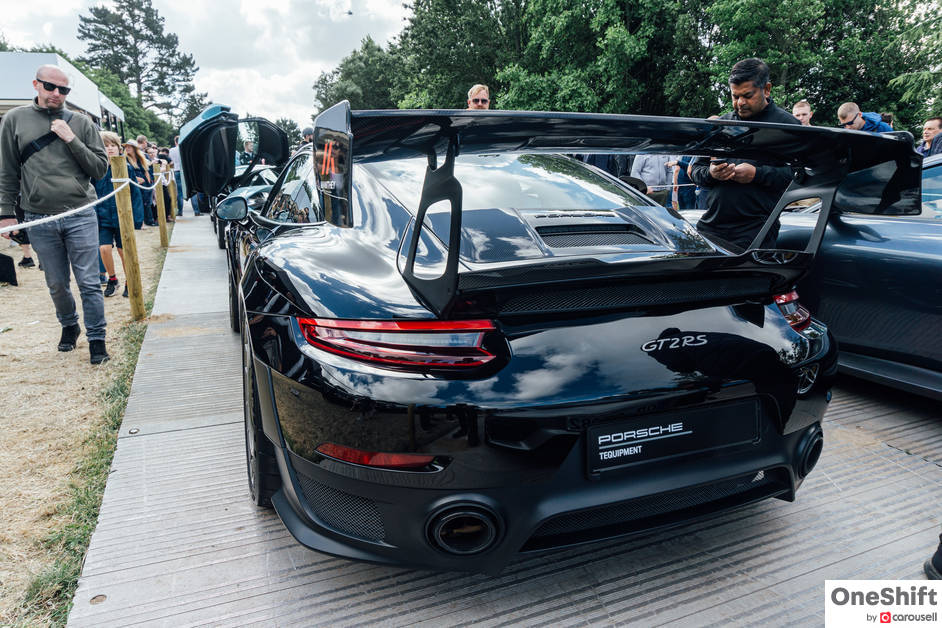 The car literally demolished the hillclimb effortlessly, the amount of grip just stunning for the prodigious amount of power going to just the rear wheels. But on a more personal level, Kevin and I discussed children, cars and life in general, in addition to the 963. The Frenchman is just a year older than me, and spoke like a friend with no airs at all. Those 30 minutes or so was the highlight of my time at FoS 2022. It’s truly a money-can’t-buy experience. 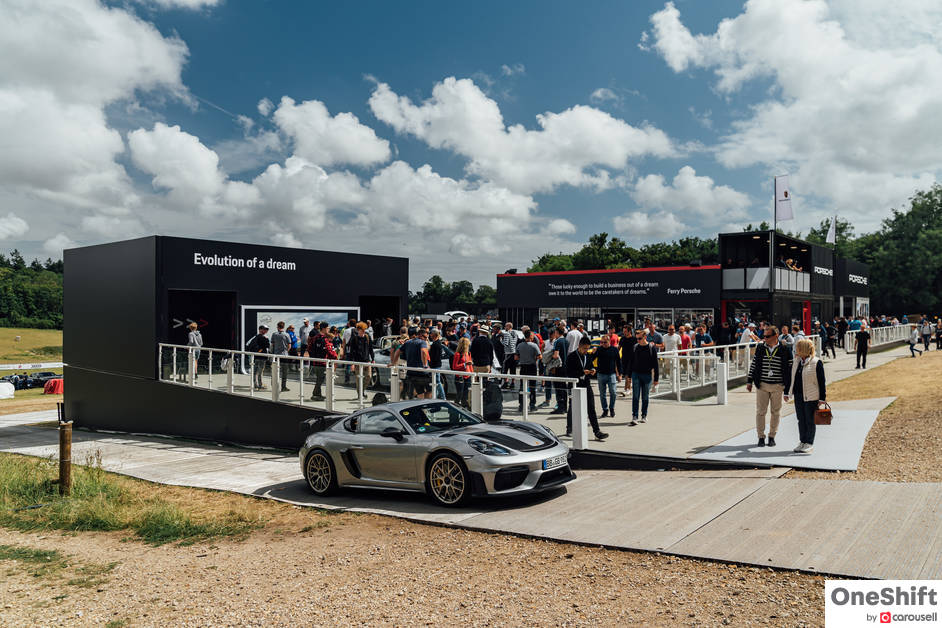 Actually the whole Festival is really worth a visit - or even more - considering how much you can see at one spot. You’ll need to attend a few times to really explore everything there is to see, and I suspect my second time would not be my last.