We got the rare opportunity to drive the iconic 911 Carrera RS 2.7 on its 50th anniversary. Here's what it's like. Share
It really is the sort of car everybody would recognise, bringing joy wherever it went.

There are poster cars and then there is the Porsche 911 Carrera RS 2.7. 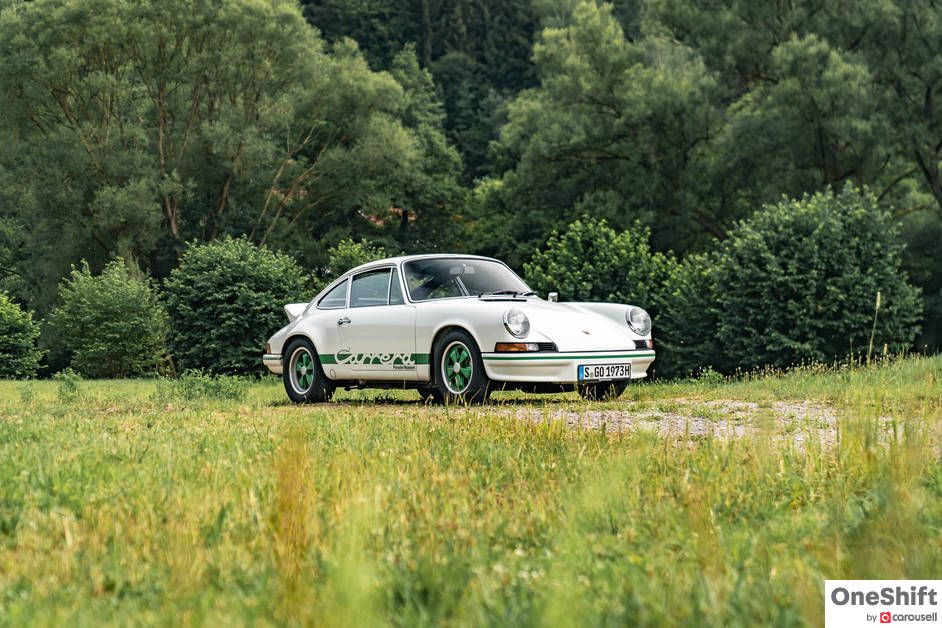 After resigning to the fact that I’d never get to sit in, let alone drive one, after one auctioned off for US$ 1,402,500 (~ S$1.97 million), Porsche casually sent over a list of classic cars that I would be able to drive on a visit to Zuffenhausen. Among a (glorious) list of classic 911 Cabriolets, the magical RS 2.7 words popped out like the brightest speed camera flash ever. 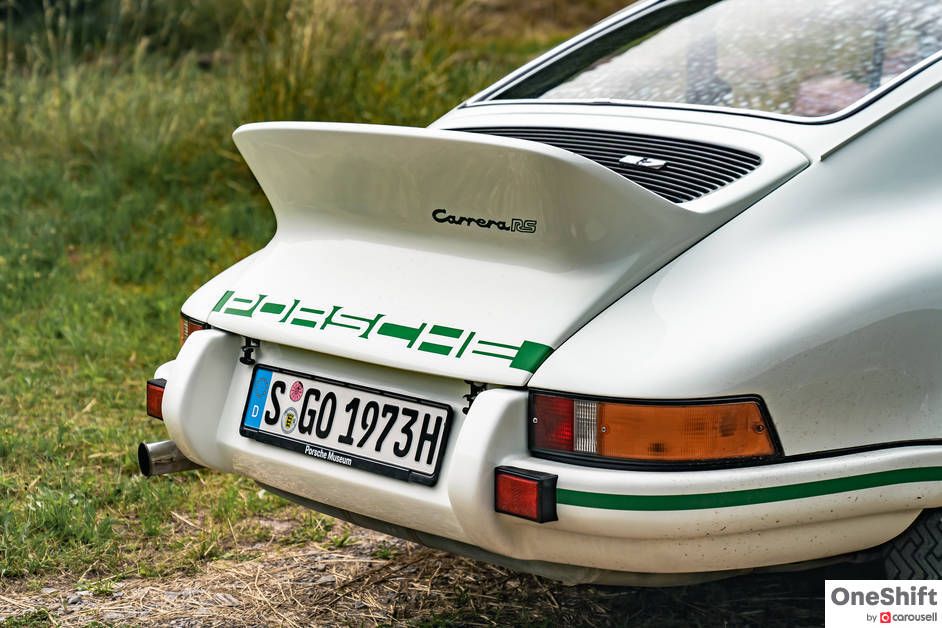 Yes! Are you sure, Porsche? Well, that is what I asked myself but didn’t dare ask the good folks at Zuffenhausen. I suppose they slotted it in because 2022 is the 50th anniversary of the Carrera RS 2.7. It’s my year of fortune then. And so the day came, after I unsuccessfully feigned nonchalance the whole time. 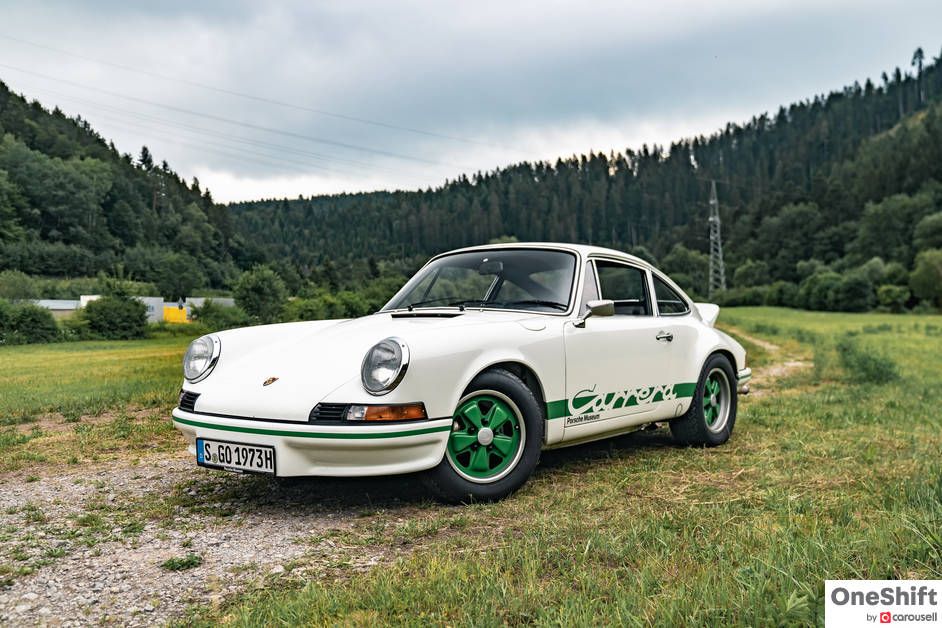 So it really was true. A white 1972 specimen with green decals. My son has a model car of this with red decals, and I was already very happy with the toy. Imagine seeing, hearing and eventually driving it in real life. 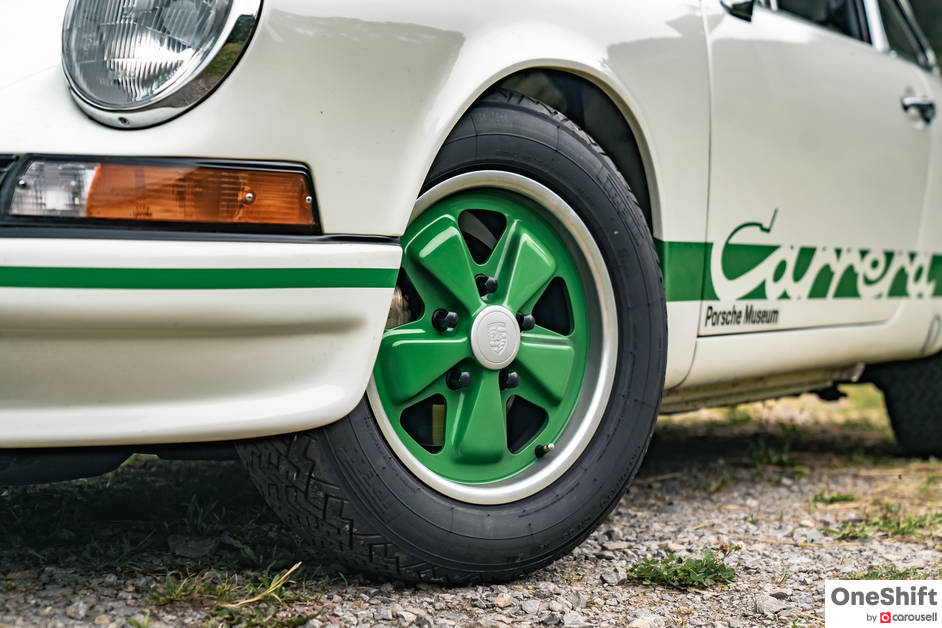 Unveiled at the 1972 Paris Motor Show as Germany’s fastest production sports car, the Carrera RS 2.7 also is the first 911 to bear the ‘911’ epithet and also the first road-going sports car in the world to feature front and rear spoilers. 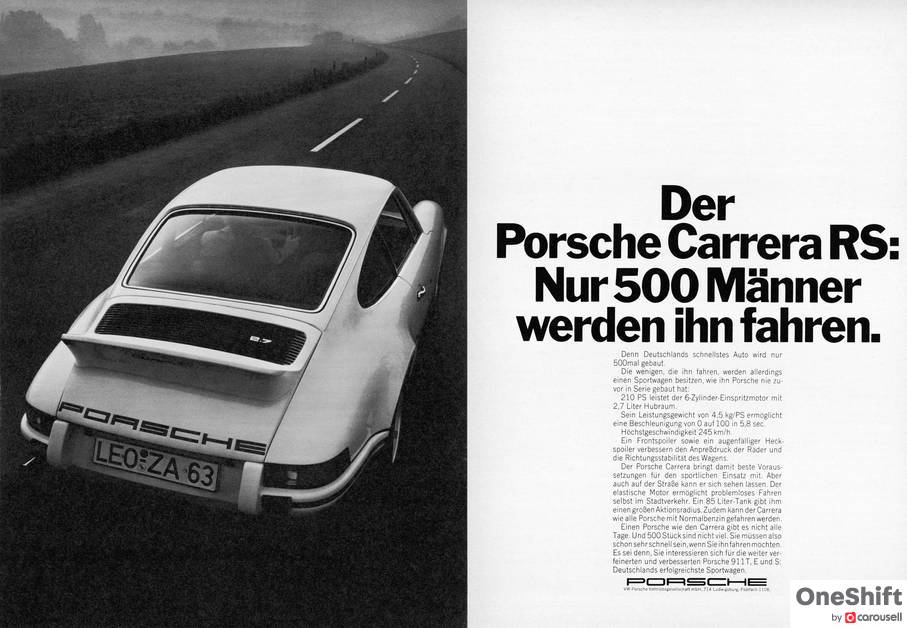 Visionary for its time, the wheels at the front and rear are of different widths for stability at high cornering speeds and superior braking, a feature that is still seen today in modern 911s.

Weight saving was paramount for the car, so glass panes and metal panels were all made to be as thin as it was possible to produce. Hoods were replaced with plastic.

For an even more extreme paring down, the Sport version which is on test here has a stripped down interior with just two single piece bucket seats without carpets, a clock or a radio. The rear bumper and Porsche emblem are made of plastic. Even the door handles were reduced to just a thin strip of leather, which always made it an occasion to get close and open the doors of the RS. 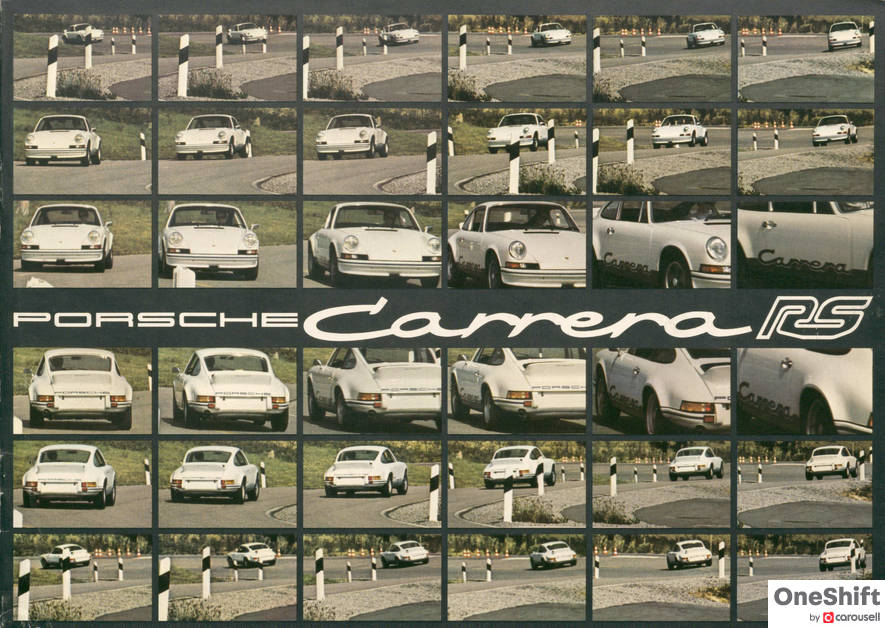 The result is the Sport weighing 115 kg less than the Touring trim, which brings the weight of the car down to just 960 kg. A total of only 200 Sport units have been built, which heightens the senses as I turned the ignition key of the car for the very first time. 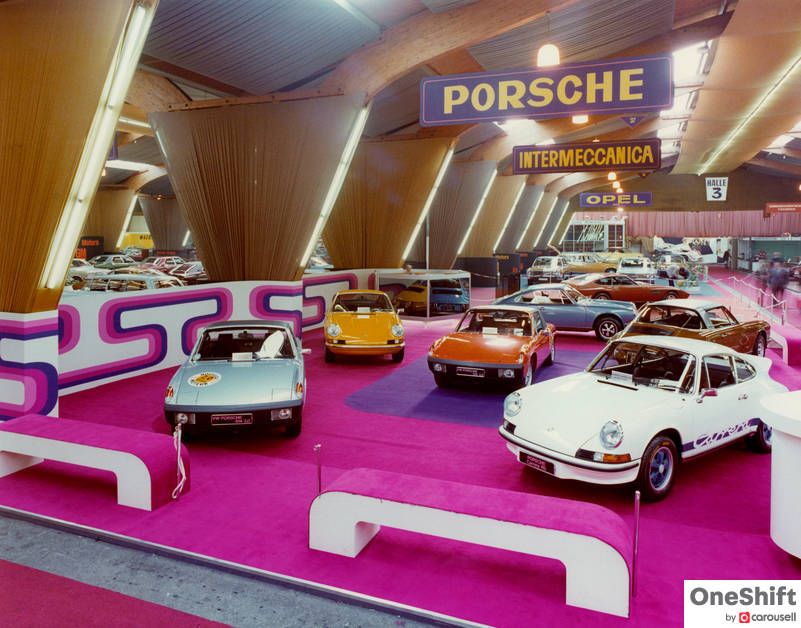 Unlike many cars of the era there is no need to prime the car up. A simple twist of the key and a generous helping of throttle are enough to bring the 2.7-litre naturally aspirated 6-cylinder boxer engine to live. Its sound is iconic and guttural, as pure as unrefined gold, and you know it can only be a Porsche. 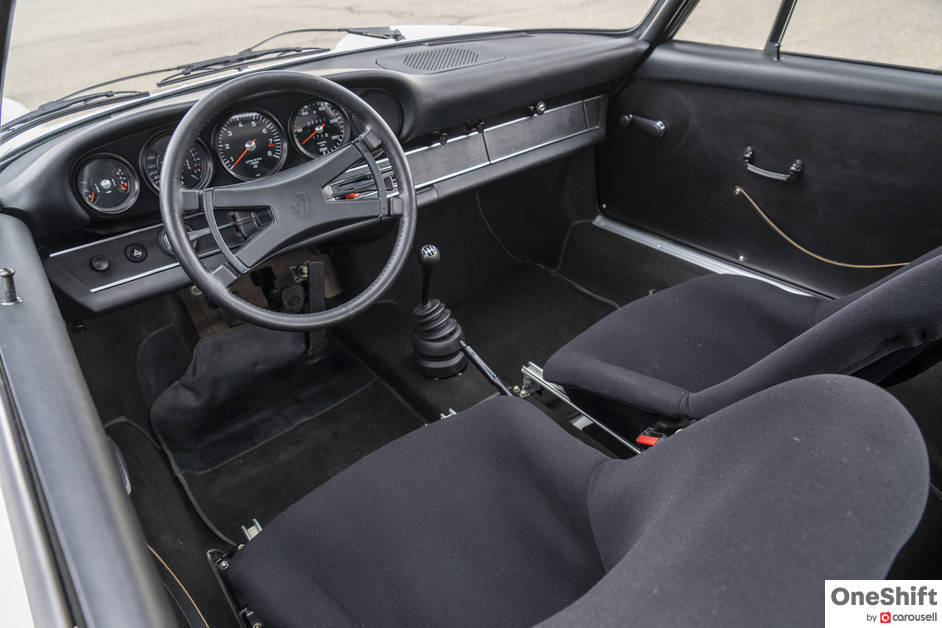 The gearbox is not dissimilar in feel to the one in the Porsche 911 (930) 3.2 Cabriolet I tried earlier, so there’s a certain vagueness in engagement that really takes getting used to. The clutch, too, is bottom-mounted instead of upward-mounted as we’re used to in more modern cars, so the feel threw me off initially. But once I got the hang of it, it was fairly easy to modulate and not that heavy. By the time it was my turn to drive off the entrance of the Porsche Museum (not without a small crowd taking videos of the RS 2.7), I could make a reasonably smooth exit. 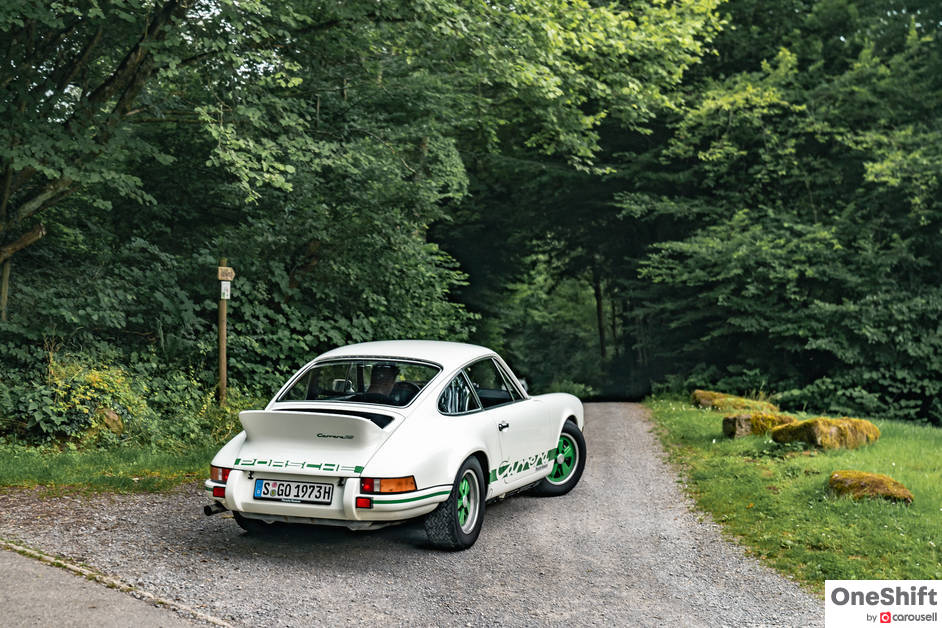 Once you have to turn the wheel, one will quickly realise there is no power steering. However that is totally fine as the 15-inch wheels mean the steering is still very manageable without any instance where assistance was called for. In fact, with the thin-rimmed steering wheel, it is one of the most feelsome racks around. It is measured, calmly geared and easy to read. 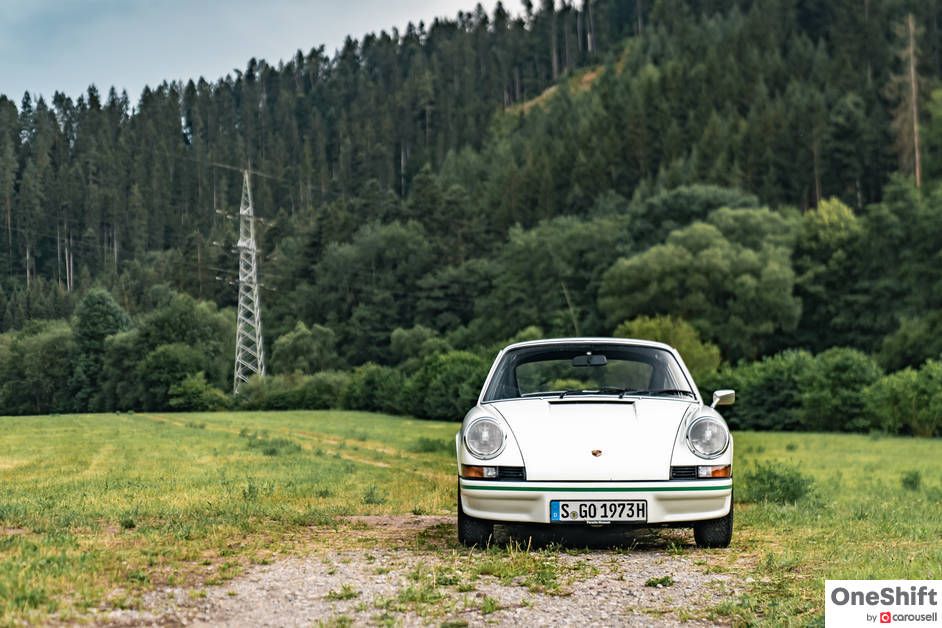 On the move, it is surprising how tractable the engine is for daily driving. Although recognised for being a high-revving engine, its low-end pull is very satisfying and it is quite feasible to stay in a higher gear to cruise at lower rpms. Its gear ratios are also more relaxed than expected, so the car is not highly strung nor unpleasant for daily use. Perhaps the only thing impeding regular usage is the lack of air-conditioning, which is rather toasty for the summer season. 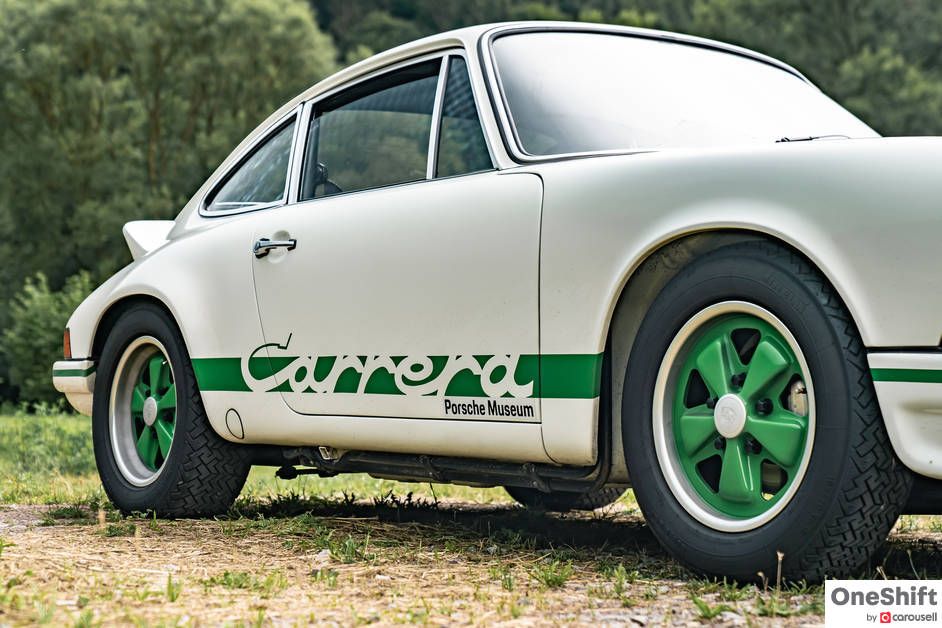 Being the valuable machine it is, I did not nearly push the car to its limits. But wherever I could, I would sneak in a spirited pull and even at its age (with 74,000 km on the clock), the 210 PS engine feels marvellously effervescent with a thrilling top end that makes it absolutely worthwhile to stretch it out. 0-100 km/h is dispatched in 5.8 seconds but the car never feels too quick for the road, so it is easy to enjoy without breaking the speed limits. 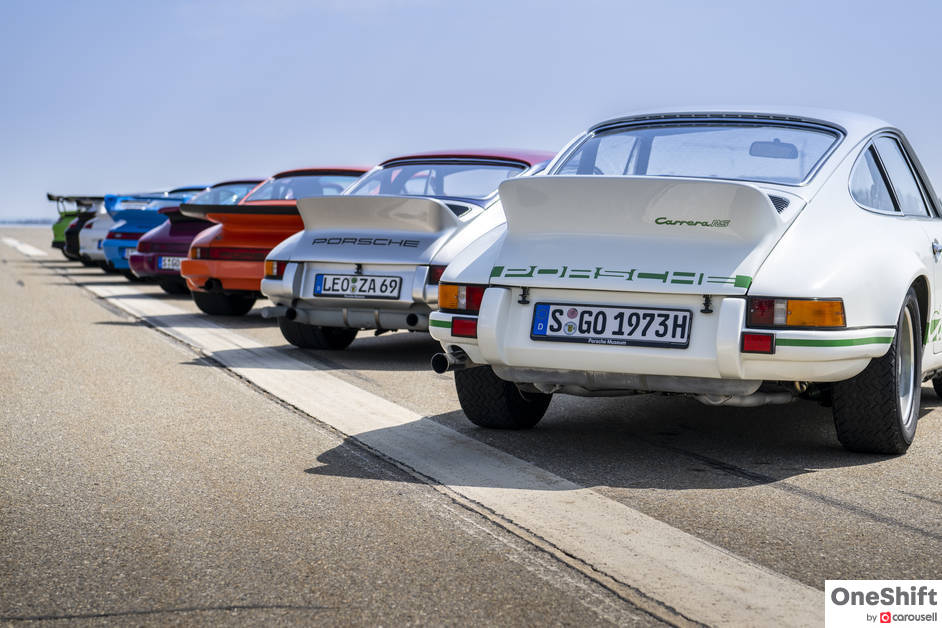 On the winding route recommended to us by Porsche around Stuttgart, we went into some narrow B-roads where the RS 2.7 felt really at home. The car is extremely compact by today’s standards - its footprint is probably smaller than most modern hatchbacks. So it navigates really easily amongst traffic and tight spaces, and is a cinch to place on the road. There are no side mirrors on the passenger side, but it isn’t as scary as it sounds as one could just turn backwards to check for safety - visibility is terrific. 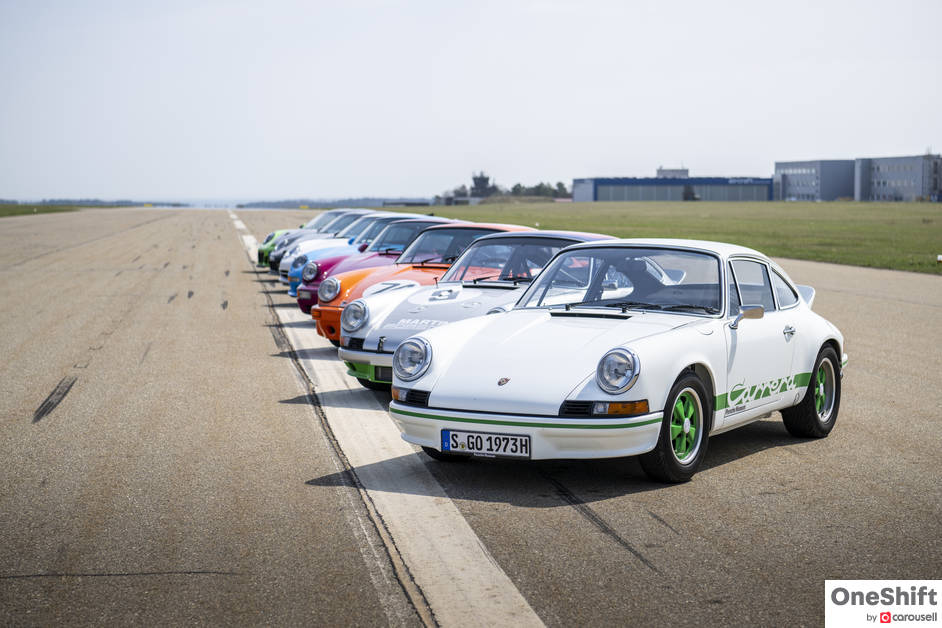 However mastering the gearbox continued to elude me although I could do simple blips on downshifts rather smoothly. For an amateur driver, it felt nigh on impossible to do a nice heel-and-toe. The brake pedal is set much higher than the throttle, so one has to be very hard on the brakes to even get a decent angle for a heel-and-toe. If I’m doing this wrong and someone has a better idea, write in! 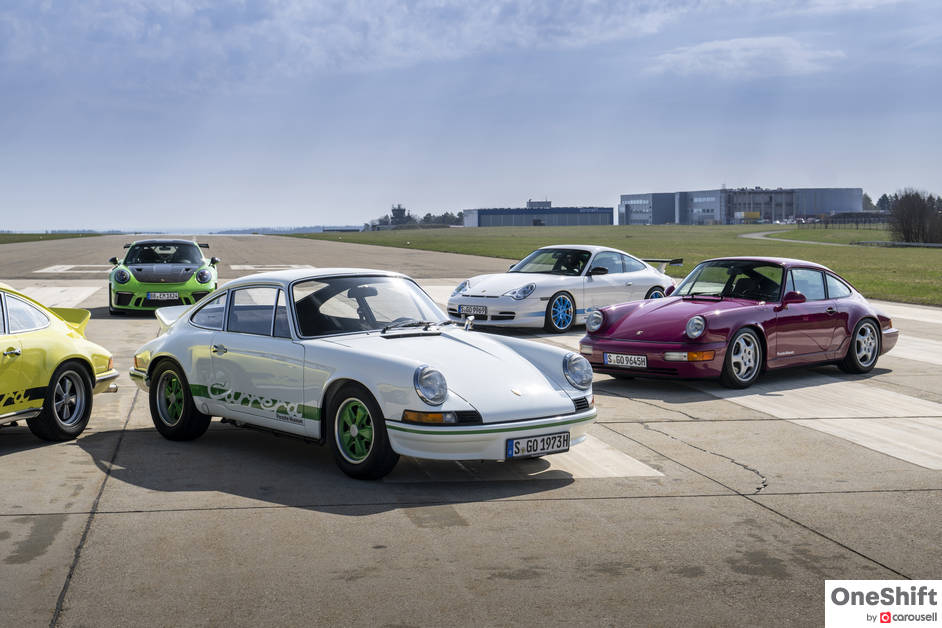 Something that shows up the car’s age, perhaps the most, is its brakes. Stopping power is weaker compared to what we’re used to in modern cars, and it also takes a fair amount of physical input to access it. 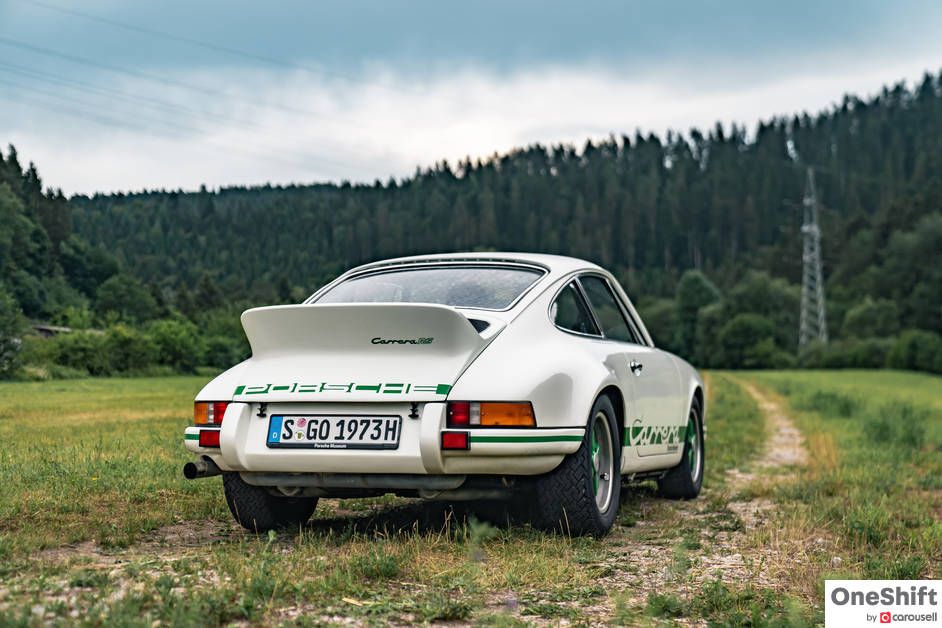 On the way back to Stuttgart, we had a stretch of Autobahn to experience the RS 2.7 at higher speeds. It’s remarkable how stable and planted it felt, feeling like a much heavier and modern car that it really is. Perhaps it’s the downforce created with all those custom body panels?

Also good on the Autobahn 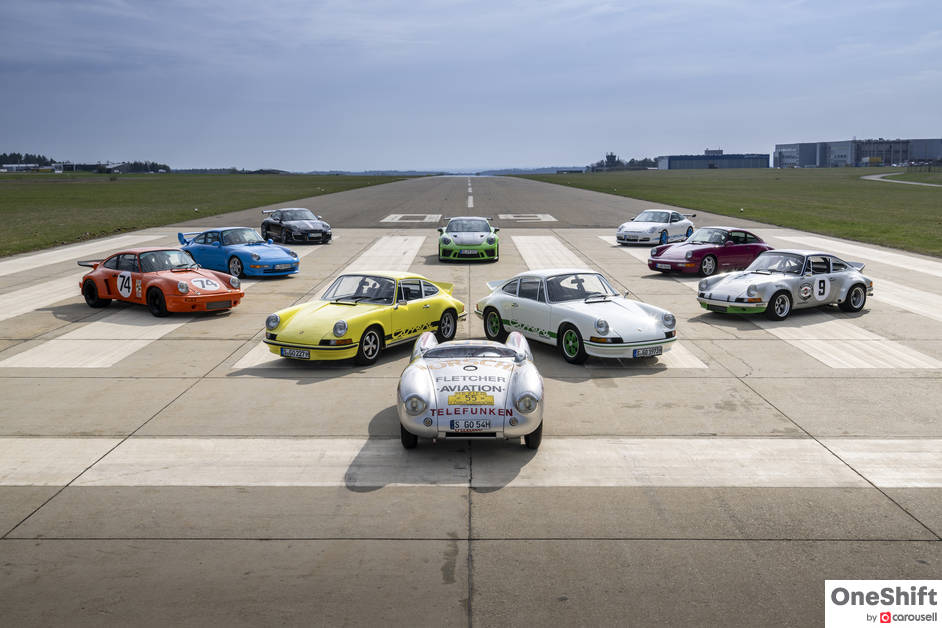 I think an even greater feeling is having members of the Porsche family smile and wave as they drove past the RS 2.7. It really is the sort of car everybody would recognise, bringing joy wherever it went. 50 years on, the words printed on a brochure of the car from the 1970s still ring true for the Carrera RS 2.7: “It has fully inexhaustible reserves” - tirelessly continuing its legacy forward with a verve for the racetrack and for the road.