OneShift tests the 2022 Skoda Octavia RS and finds out if it still hits the value and practicality high notes. Share
With the value proposition a little lost now, at least the Octavia RS is still strong in offering a unique blend of family-hauling practicality and GTI-like performance.
What we like:
Spellbinding handling
tried-and-tested liftback practicality
resolved looks.
What we dislike:
Drivetrain lacks a little soul
and it's not just the sound or lack thereof.

Since the beginning, Škoda stood for sheer value and supreme practicality over its Volkswagen Group siblings. Almost nothing encapsulated this better than the preceding Octavia RS 245, hitting a home run with its astonishing circa $130k price tag, blistering performance - even outpacing this new Octavia RS on a 0-100 km/h sprint, mind - and superb interior space with a practical liftback as if you needed to drive home the message further. It found buyers quickly and cemented its reputation as the best new performance bargain in recent memory. 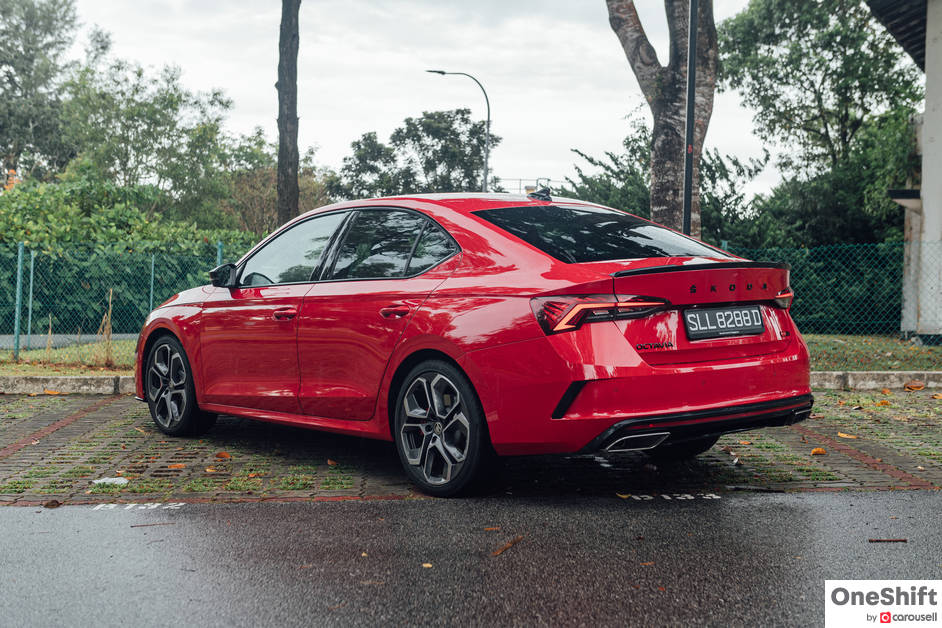 With those feel-good memories still fresh, it’s easy to cast a critical eye on the replacement car. It now asks for $199,900 (at press time), which is some 50% more than its predecessor, although it must be emphasised that a good chunk of that increase is purely due to the rise in COE premiums, now hitting S$86k. But we also can’t deny that higher COEs are hurting value-oriented cars like the Octavia RS much more due to the higher proportionate increase. So expectations are elevated now with the car almost crossing the psychological $200k barrier. 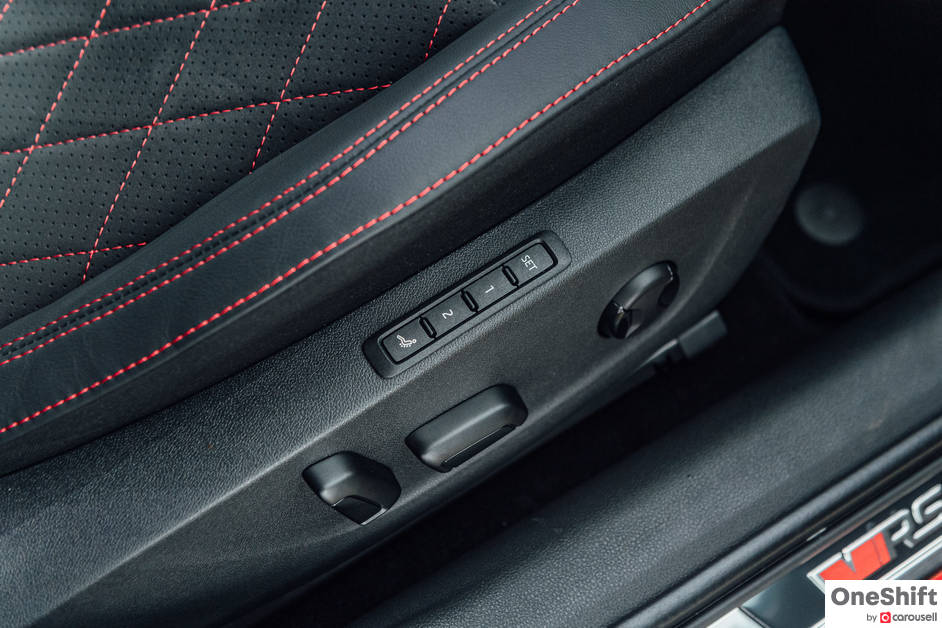 Good thing then that Škoda threw in a couple of new features that weren't found in the older car. Massage seats are standard for the front two buckets, which are unexpected but definitely welcome. The 10.25-inch Virtual Cockpit is also thrown in, which features an additional Sport display layout and an RS-specific animated welcome logo. It uplifts the interior ambience somewhat and feels more techy than before. The new infotainment system is a bit of a stepback from the previous one in terms of intuitiveness, though. The gear stick is also reduced to just a mere switch now, as it’s now drive-by-wire. 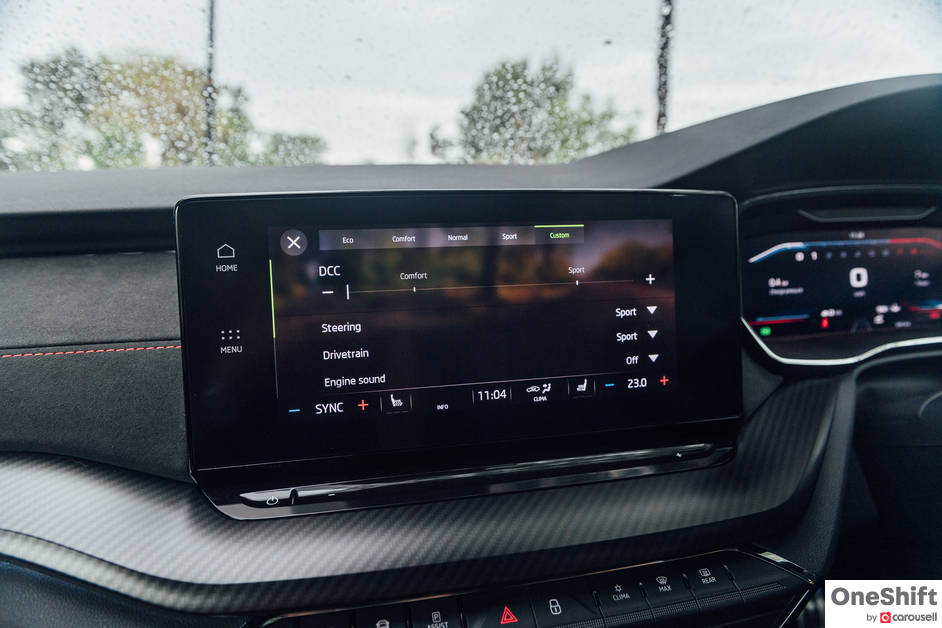 Dynamic Chassis Control (DCC) is included too, whereas the previous car only had a passive setup. This increases the capabilities of the car tremendously, being able to toggle between comfort for the school run or sport for the back roads through an infinite scale. The difference in ride is starkly perceptible; the car truly rides like a Superb in its most comfortable setting but can also tighten up like a beast if you up the scale towards sport. 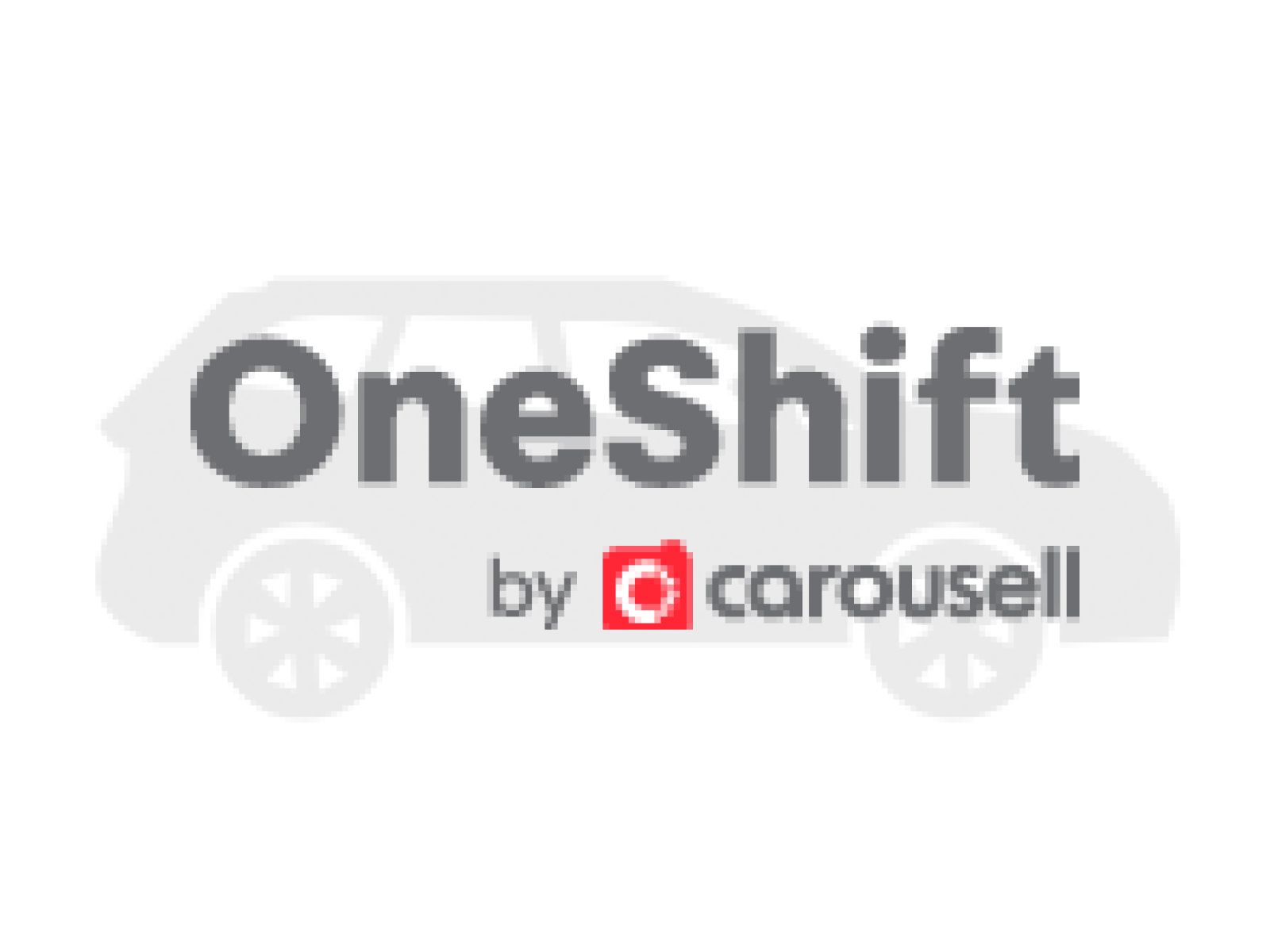 The updated electronic limited-slip differential, now in its 6th iteration and achieving a maximum lock-up torque of 1,600 Nm, is also seriously good. On the slippery roads during the press drive of the Octavia RS, one could actually feel understeer impressively being quelled away, especially in sharp, high intensity corners. Other than unusual heaviness in low speeds at times, the steering does a fair, if forgettable job at conveying this all to your hands. You may even start to wonder if it’s an all-wheel drive vehicle instead, until you gas it on the straights and realise you can’t escape the lack of traction as the front wheels scrabble for grip. But for a sedan with an extended wheelbase and massive boot space, it’s mightily impressive dynamically. 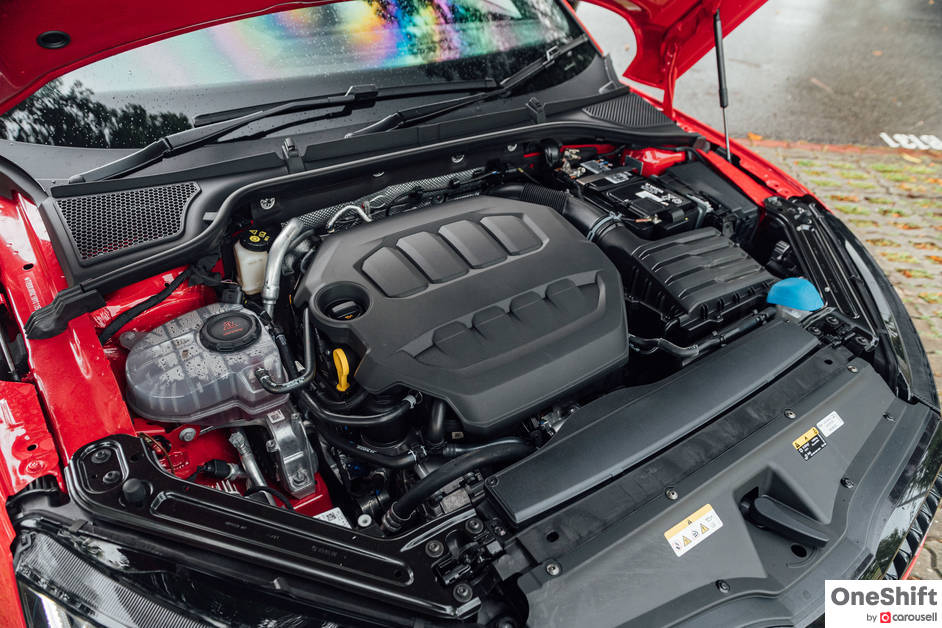 Less successful is the updated engine. Fuel injection pressure has been increased through new piston crowns and a new crankshaft seal, with the objective of reducing friction and therefore fuel consumption. But it is quite clear that the updates have been put in place to meet the challenging emissions requirements of the EU, rather than for performance gains. 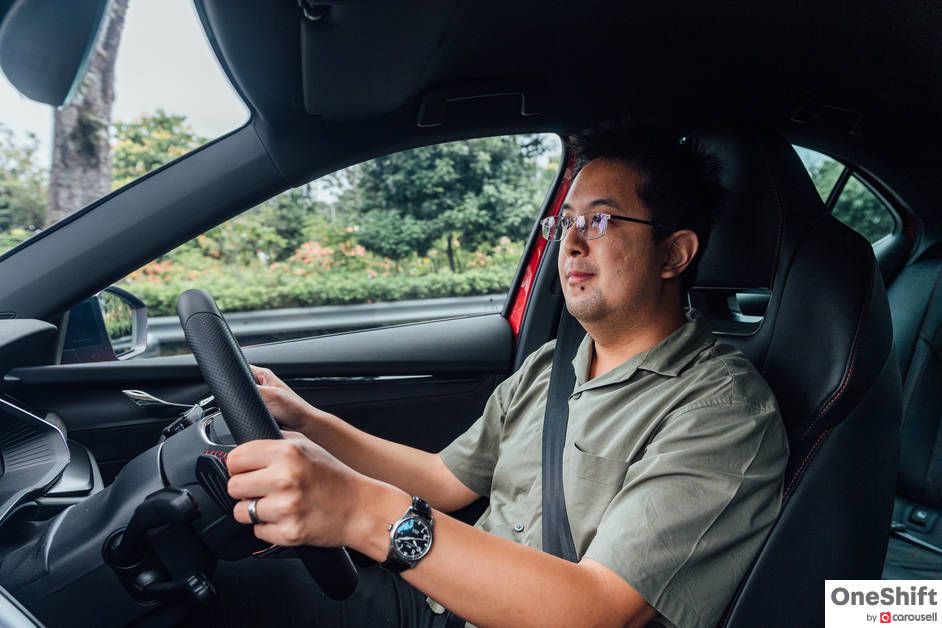 Perhaps that might go some way to explain why it produces exactly the same PS and Nm figures as before, but now accelerates the car 0.3 seconds slower. It’s still a fast car though and pace isn’t really the issue here. The bigger concern is the lack of character in the way the motor delivers its goods - it just doesn’t feel like a sporty engine any more, just one with abundant power. It could just as well be in a non-sporty model like a Kodiaq and live life as an unassuming workhorse. And about the synthesised engine sound, I had to switch it off immediately because it was annoyingly superficial and also caused vibration in the speakers. Talk about a killjoy. 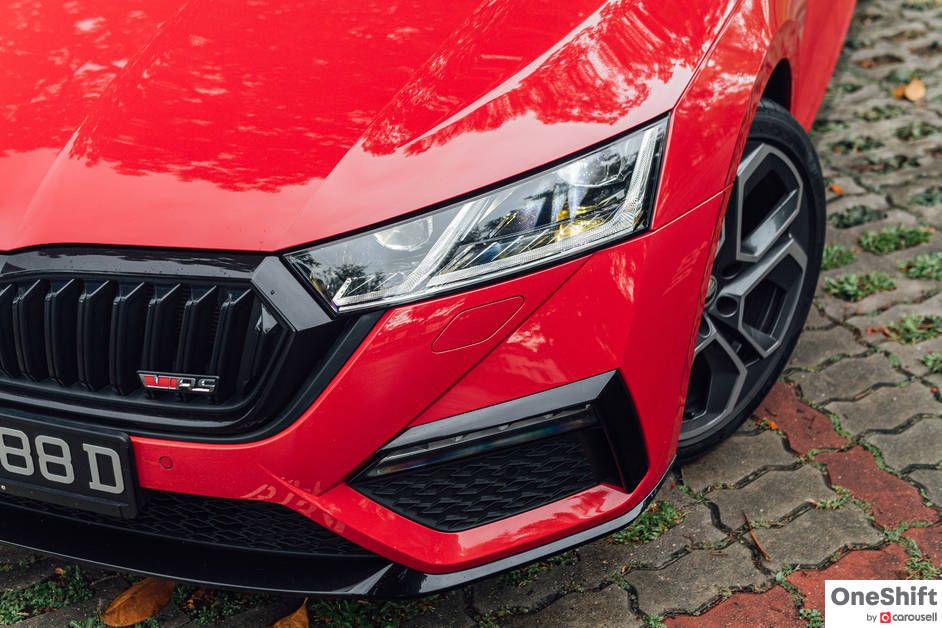 I had mixed feelings about the new Octavia RS. With the value proposition a little lost now, at least the Octavia RS is still strong in offering a unique blend of family-hauling practicality and GTI-like performance. Putting price aside as an inevitable victim of our COE, I was genuinely impressed with the car’s corner carving abilities and breadth of ride comfort options available. It also looks far more resolved and handsome than before. However, the engine is a bit of a letdown, as is the exhaust note. But I guess it’s not difficult to fix with aftermarket exhaust options.