&lsquo;Ducktail&rsquo;, &lsquo;RS&rsquo; or &lsquo;2.7&rsquo;. Today, the Porsche 911 Carrera RS 2.7 is known by many nicknames. But its significance remains unique: it was the fastest German production car of its day and is the first series production model with front and rear spoilers &ndash; the latter earning it the &lsquo;ducktail&rsquo; moniker. This was how, in 1972, Porsche launched a trend for rear spoilers on series production cars. 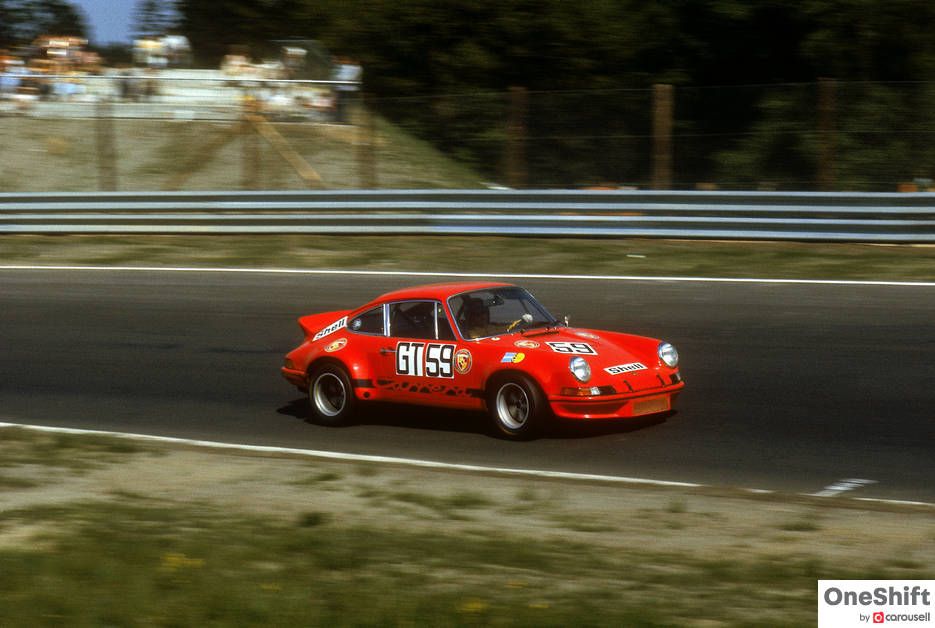 About 50 years ago, Porsche began the development of the 911 Carrera RS 2.7. &ldquo;The 911 Carrera RS 2.7 was intended as a homologation special. It was to be a very light, fast sports car,&rdquo; recalls Peter Falk, who was then the Head of Testing for series production cars at Porsche. Even though the model variant was based on the 911, it ended up becoming a new base vehicle for racing and rallying that featured many technical innovations. The most powerful model of the first generation of the 911 was the first 911 to be christened &lsquo;Carrera&rsquo; &ndash; the crowning glory of the Porsche range. Weight, aerodynamics, the engine and chassis were all worked on intensively. Around 15 engineers drove the development of the car from May 1972, among them Tilman Brodbeck and Hermann Burst, as well as production staff. 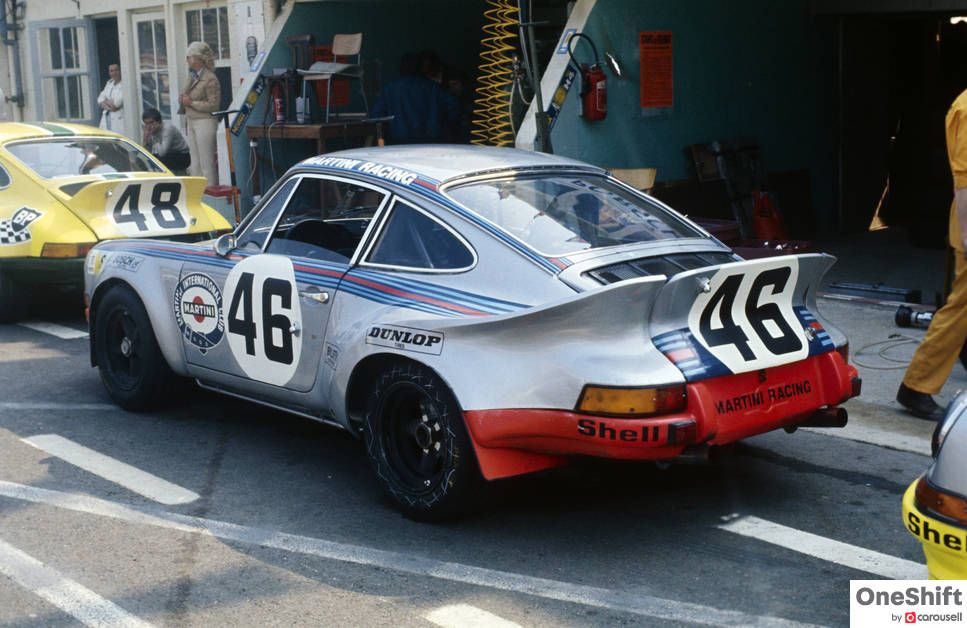 The first with a rear spoiler

The body was all about weight reduction. Thin sheet metal, thin windows, plastic parts and the elimination of insulation helped decrease the total vehicle weight of the racing cars to less than the 900 kg required for the new model to be homologated. At the same time, the aerodynamics were improved. The aim was to minimise lift on the front and rear axles at high speeds in order to achieve more neutral handling. 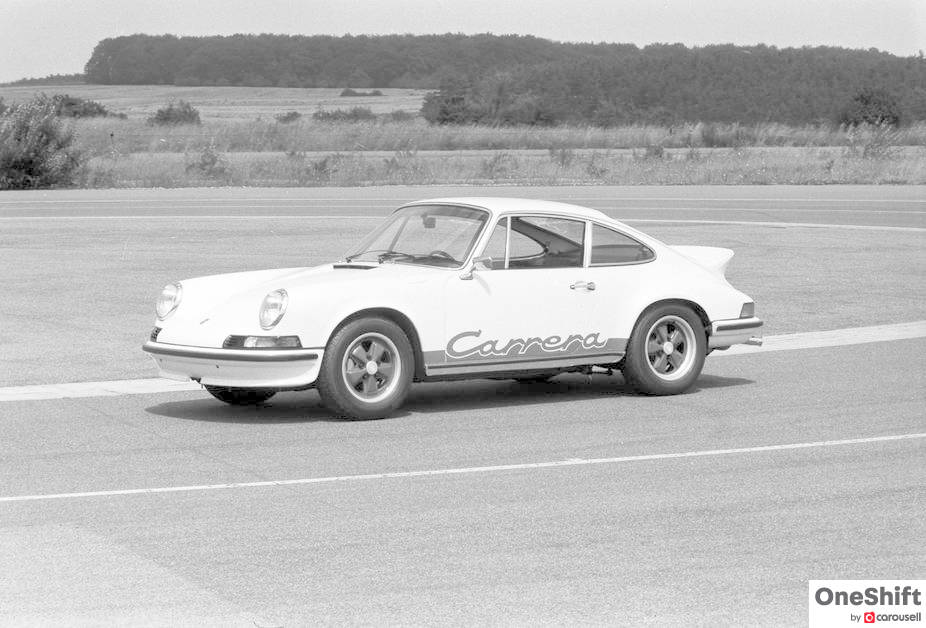 On 5 August 1972, the three Porsche employees filed patent disclosure document No. 2238704 with the German Patent Office. It read: &ldquo;The invention relates to a passenger car with a rear spoiler &ndash; one preferably mounted between side panels &ndash; and an aerodynamic device in the rear to increase the dynamic rear wheel pressure. The invention aims to provide a highly effective aerodynamic device for increasing the rear axle pressure of a passenger car or reducing the lift in the rear axle region when driving. However, this device also needed to be installed in the right position in the rear of the passenger car. Following its invention, this is achieved by combining the device with the rear engine cover to form a unit that extends over the overall width and projects beyond a substantial part of the rear hood in the longitudinal direction of the vehicle.&rdquo; 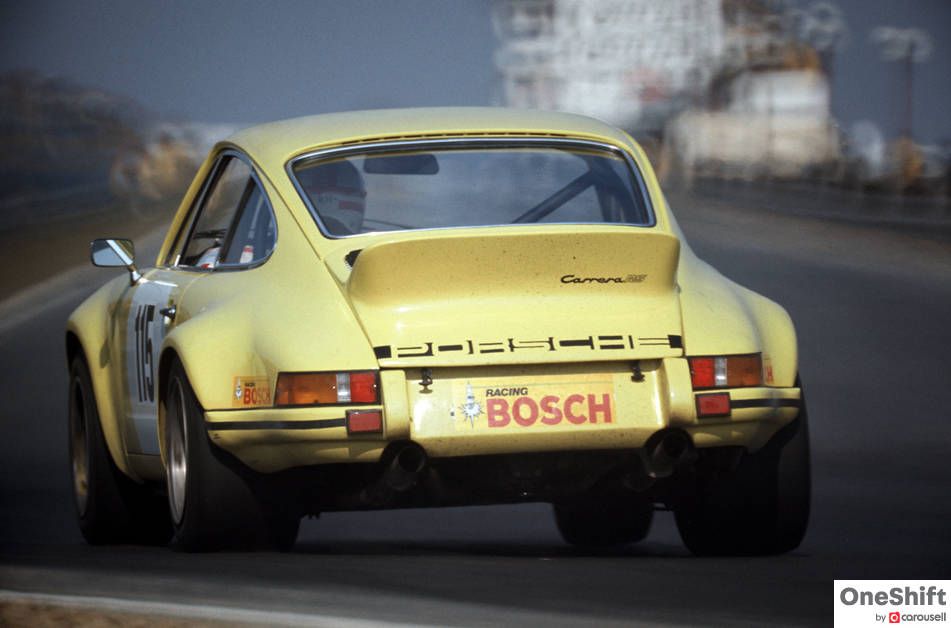 The engineers also set to work on the chassis. Porsche had experience by this stage of racing with wider rear wheels, so the development engineers tried this out on the 911 Carrera RS 2.7 as well. &ldquo;We wanted to improve traction and handling with wide tyres on the rear axle because the greatest weight is found on the rear axle,&rdquo; recalls Falk. For the first time at Porsche, a series production car featured different tyre sizes on the front and rear axles. Fuchs forged 6 J&times;15 wheels with 185/70 VR-15 tyres could be found at the front, 7 J&times;15 with 215/60 VR-15 tyres at the rear. To make them fit, Porsche widened the body by 42 mm at the rear, around the wheel arches. &ldquo;When this worked well in development, production and sales, all subsequent models were fitted with this combination,&rdquo; Falk continues. All models got a more firmly tuned, lighter suspension system from Bilstein, plus thicker anti-roll bars. The front beams were made of lightweight aluminium. At the rear, reinforced rear control arms and cross-member reinforcement were used. 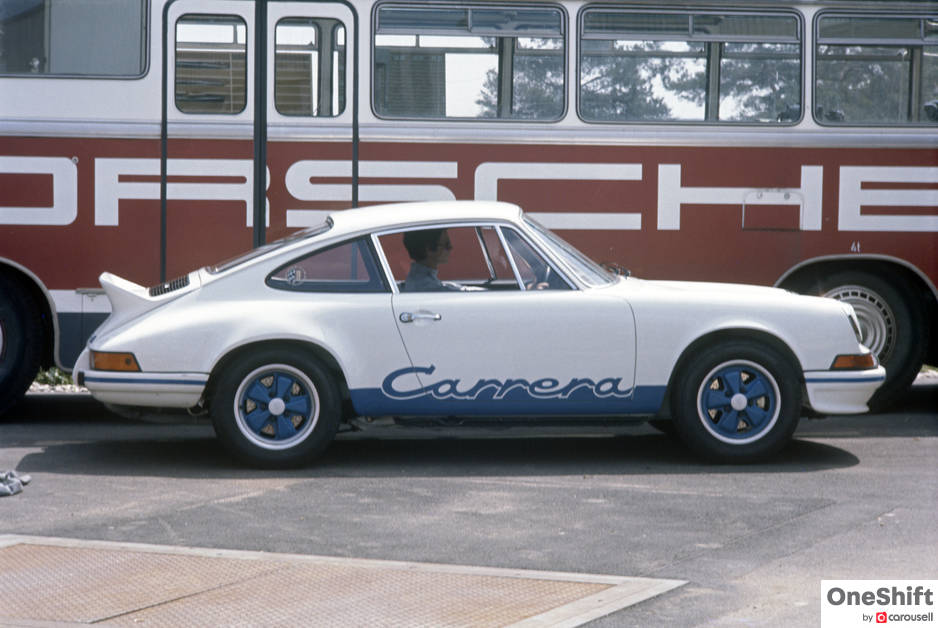 To clearly differentiate it from other 911 models, Porsche started looking for a new name under which to sell its most powerful model in mid-1972. For the first time, the &lsquo;Carrera&rsquo; script adorned the side profile between the wheel arches on the 911 Carrera RS 2.7. The Spanish word translates as &lsquo;race&rsquo; in English, and RS on the rear spoiler stands for &lsquo;Rennsport&rsquo;, or &lsquo;racing&rsquo;. 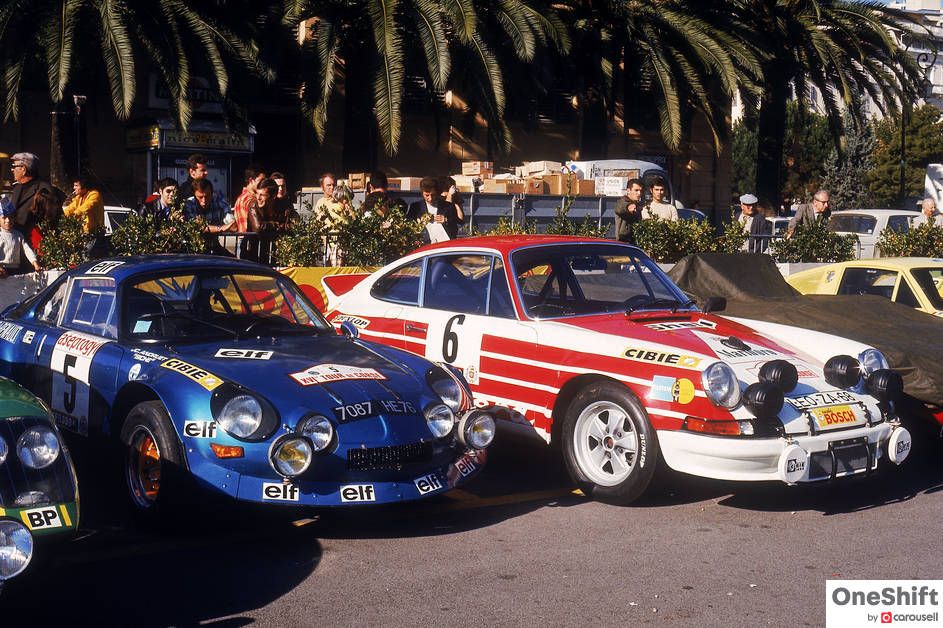 Following the change in regulations for sports prototypes, which prevented further development due to the new three-litre displacement limit, a very successful era ended for Porsche. Porsche boss Ernst Fuhrmann recognised great potential for the 911 in motorsport from 1972 on, and therefore good advertising potential for Porsche. In June 1972, a first RSR (standing for &lsquo;Renn-Sport-Rennen&lsquo;, or &lsquo;racing-sport-racing&rsquo;) prototype with a significantly widened body started at the 1,000-kilometre race in Zeltweg on the &Ouml;sterreichring. As the unofficial Porsche factory entry, G&uuml;nter Steckk&ouml;nig drove a lightly camouflaged prototype racing car straight to 10th place overall. 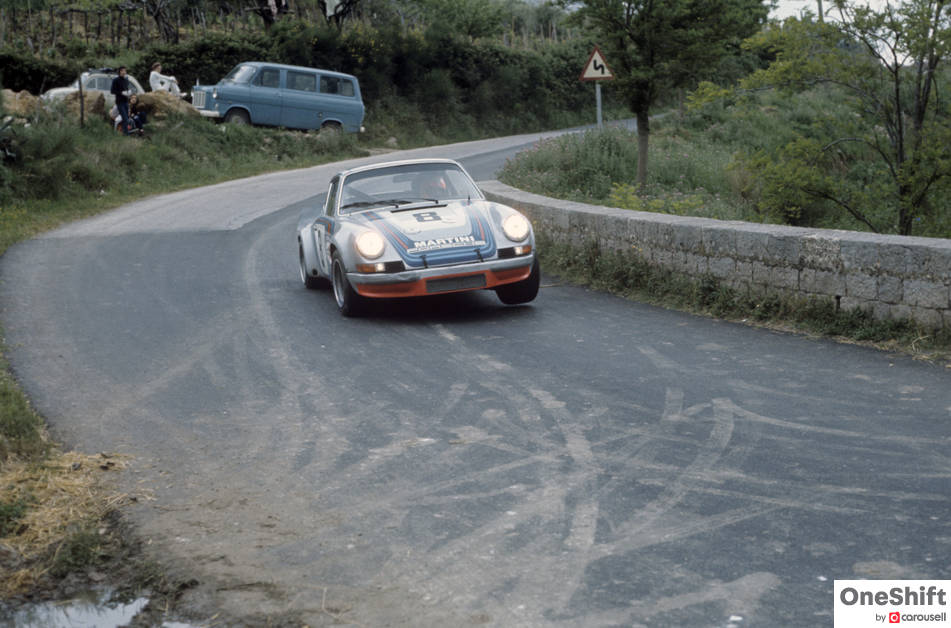