Harley Davidson is at their proverbial automotive crossroads. On one hand, they have to pander to their fans, the diehard followers of the bar of the shield and on the other, they have to attract a younger and progressive audience – a truly unenviable tightrope act. Let’s be honest, mention the name Harley Davidson and the response is usually a mixed one, even amongst the Tri333ple crew. Share
The Sportster S is very easy on the eyes. A butchy design that incorporates an invisible line that stretches from the compact Sportstereque fuel tank to the rear cowl, topped off with the linear LED headlight borrowed from the Fat Bob and those oh-so-sexy twin high-mounted exhausts. Chonky – we like.

Harley Davidson is at their proverbial automotive crossroads. On one hand, they have to pander to their fans, the diehard followers of the bar of the shield and on the other, they have to attract a younger and progressive audience – a truly unenviable tightrope act. Let’s be honest, mention the name Harley Davidson and the response is usually a mixed one, even amongst the Tri333ple crew. 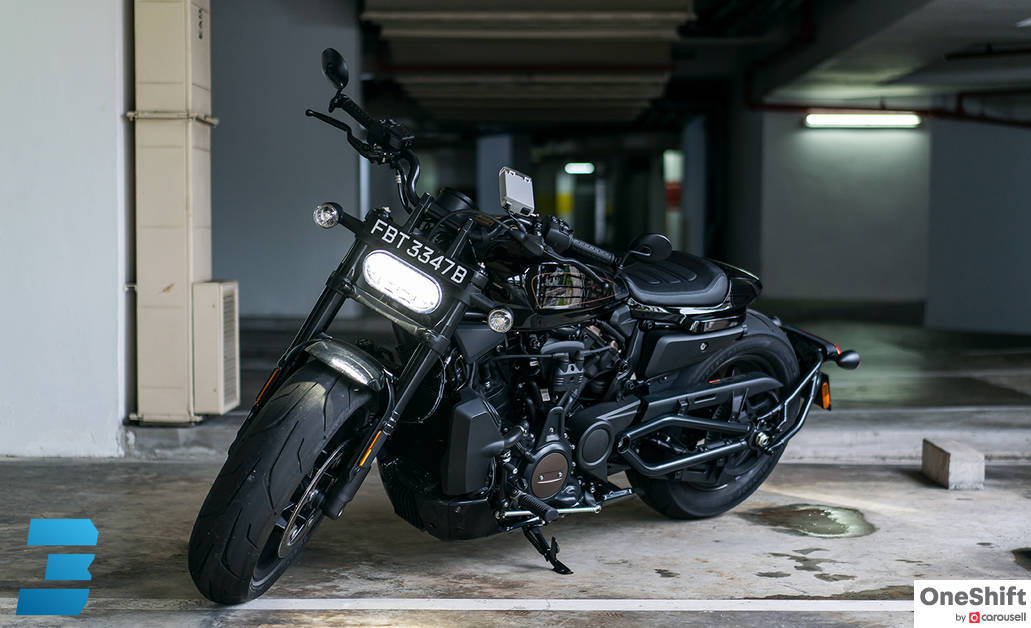 You can tell that they are trying, with the recent launch of the Pan America, and now this, the 2021 Sportster S. We sense a new direction in the Harley Davidson DNA, just a bit, not too much.

The Sportster S is very easy on the eyes. A butchy design that incorporates an invisible line that stretches from the compact Sportstereque fuel tank to the rear cowl, topped off with the linear LED headlight borrowed from the Fat Bob and those oh-so-sexy twin high-mounted exhausts. Chonky – we like.

Get onto the driver’s seat and things get a bit busy as you’re presented with a bewildering array of buttons on the handlebars. Fire up the bike and you’re greeted with a passable, albeit restricted, exhaust note that wakes up whenever you blip the throttle. Put it in gear and you feel the power come on progressively as you roll on the gas, predictable and good for most people. The 127Nm of torque (@ 6000rpm) makes its presence felt instantly, not neck-snapping, but still very noticeable if you’re too enthusiastic with the throttle. It comes with 3 user-selectable modes, Sport, Road & Rain that automatically manages power delivery, engine braking, ABS and traction control for various occasions.

Riding in town took a bit of effort, we felt the need to push and counter-weigh into some turns as the heft of the bike made it understeer into corners, especially on quick directional changes. Turn in is less keen, with the bike exhibiting a reluctance to string a series of turns together. Possibly a combination of the long wheelbase, wide tyres and those forward controls. Also, the taller amongst us felt that the handlebar tended to knock on to our knees as we executed U-turns. Not a big issue, but an inconvenience nevertheless.

While we miss the more traditional mid-mounted foot controls, the forward mounted units took a little getting used to but had an undeniable level of badassery that is the hallmark of any Harley Davidson motorcycle. We did like that very easy to deploy side stand too, although it did exhibit an overenthusiastic trait of snapping back up when we are just about to rest the bike on it which made for some Herculean feats of straightening the bike while cursing under our breath. 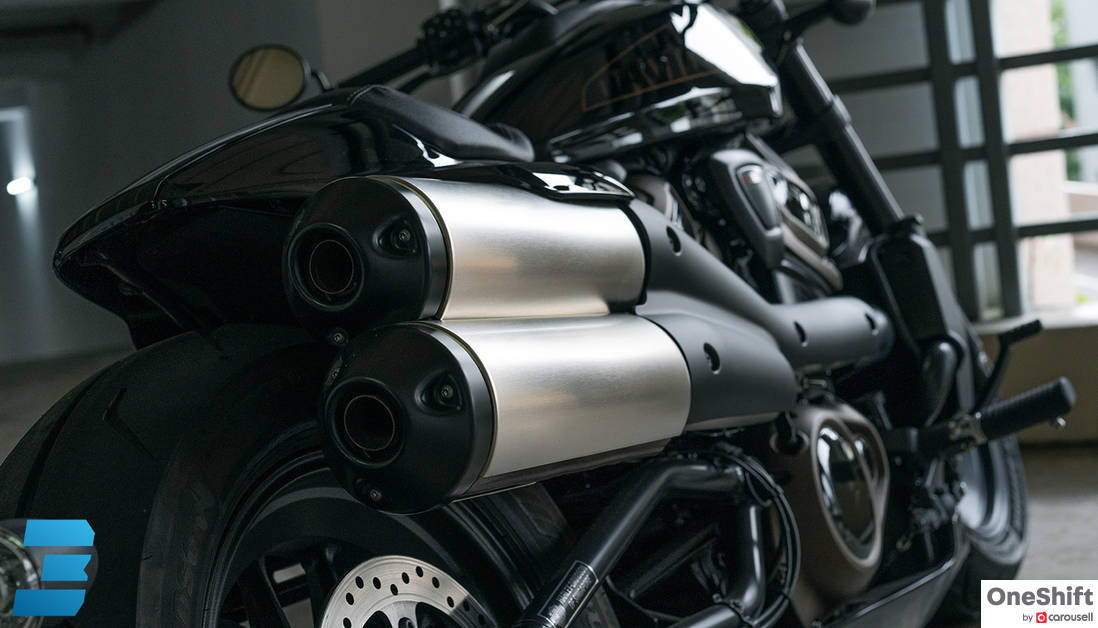 Notably, the heat shielding on those exhausts performed well – on a short ride, but heat build up begins to be noticeable on longer city rides. Make no bones about it, this is a 1252cc machine in our tropical climate, heat management will definitely be an issue. 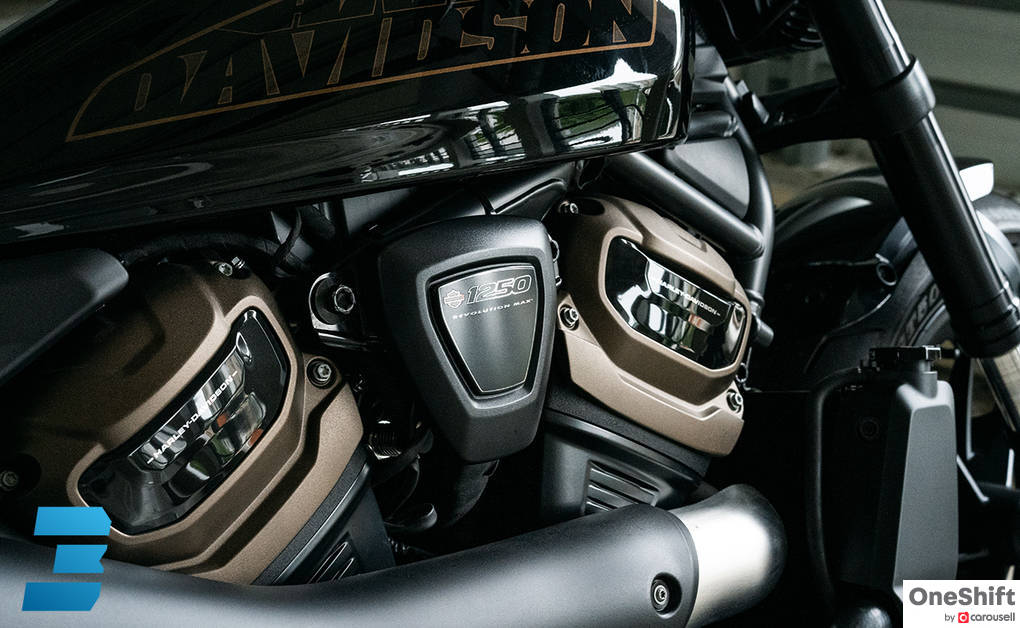 However, the bike really starts to shine when you throw in some A or B roads and give it the beans. With gobs of luscious torque from that sweet Revolution® Max 1250T lump, pulling the bike without much fuss while cosseting you in its firm seat at the same time. The fully adjustable suspension quietly does its job with a firmish ride while keeping the bike glued in its intended course. We did notice some throttle lag on hard acceleration, but nothing worrying. We got so enthralled with the HD’s acceleration that we found ourselves kicking up on those forward mounted shift pegs only to find that it does not come with quickshifters, although the selection action has a good, positive feel. 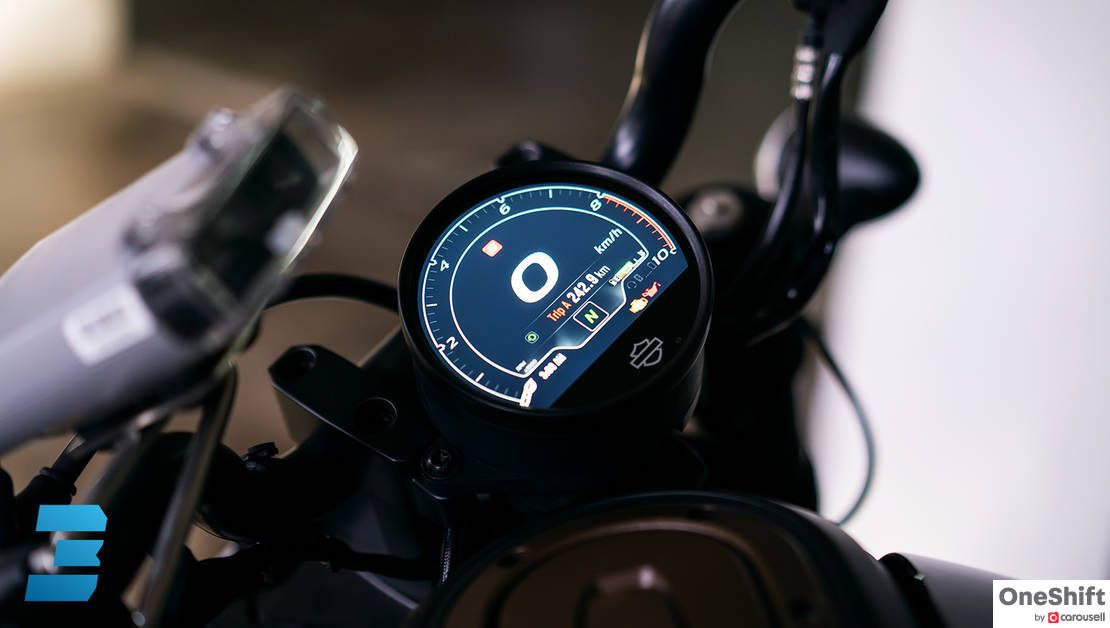 The interface and look of the simple round dash is very pleasing, akin to the one found on the Pan America, with everything displayed in a clean and fuss-free layout, all except for the miniscule fuel gauge and dash clock which will prove a challenge for shortsighted riders. Everything from the Bluetooth phone controls, maps and 5 rider modes can be selected through the dash.

The mirrors were a mixed bag, providing a clear, vibration free view of the traffic behind, but we would have preferred it if they were larger as it’s hard to take in everything at a glance when situated at the bar ends, especially at night. 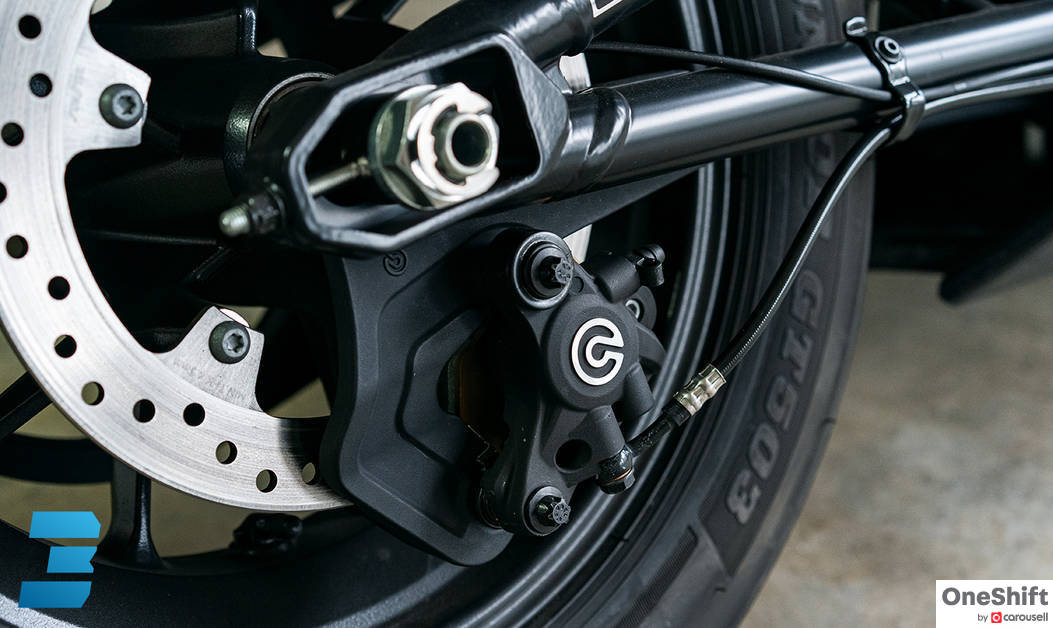 Stopping power was adequate, with its radially mounted, Brembo monoblock, 4-piston caliper up front clamping onto a single disc, and a single piston floating caliper handling the rear. A dual disc set up would have been better to stop the go with less drama for a bike of this size and power.

The fuel tank is of an average size, with about 11.8L, it manages a range of 180+ kms on a full tank and would be better suited to as a weekend special rather than a daily rider. Either that or you’ll be on a first name basis with your local pump attendant. 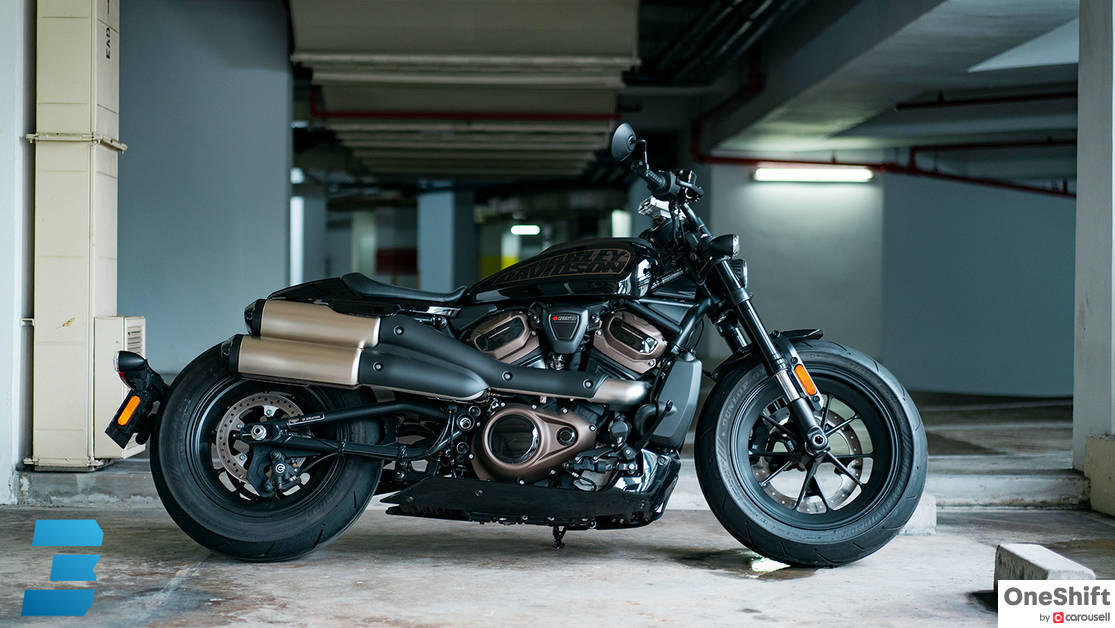 A brand new Sportster S in Singapore will set you back about $42,900 for the bike, excluding taxes and insurance. While not the priciest bike on the market, it’s still a substantial amount for entry into the Harley Davidson fold.

Overall the fine folks at Milwaukee have brought the Sportster S closer to its European counterparts while keeping their ears to the ground with their fanbase. They have dialed up the technological advancements of the bike while maintaining that ‘Made in USA’ robustness that many have come to love. We have found that the more we rode the handsome Sportster S, the more we appreciate the fine line the manufacturers are trying to tread.