Honda is known to be rather reserved when it comes to new model launches and what more, when it comes to their bread and butter soft adventure bike, the CB400X, they have not rocked the boat. Honda is known to be rather reserved when it comes to new model launches and what more, when it comes to their bread and butter soft adventure bike, the CB400X, they have not rocked the boat. Choosing an evolutionary approach to this iteration lets them build upon what makes this range work, while tuning out the niggles of the previous model. 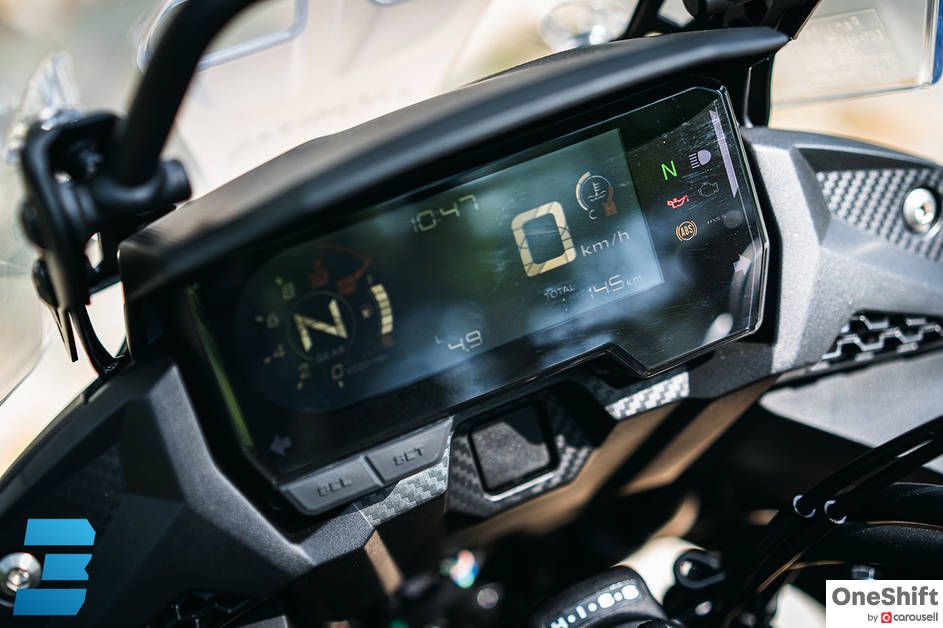 Build quality is up to par, with everything screwed together with a Japanese quality that we would be hard pressed to tell that this machine was born in Thailand.

Everything looks eerily similar to its predecessors when we first lay eyes on the bike, but upon closer inspection, we notice that the mecha styled fascia has gotten more aggressive, making it look a lot like its elder NC brother. Throw a leg over the seat and its typical Honda here, comfortable, utilitarian with a sense of ‘Mujiness’ about it. With a 800mm seat height, it’s definitely made for a broad range of rider heights. The switch gear is in true Honda style, everything in its right place – except that horn button which Honda has stubbornly kept above the signal buttons (any non-Honda rider on a Honda will inevitably hit the horn accidentally). 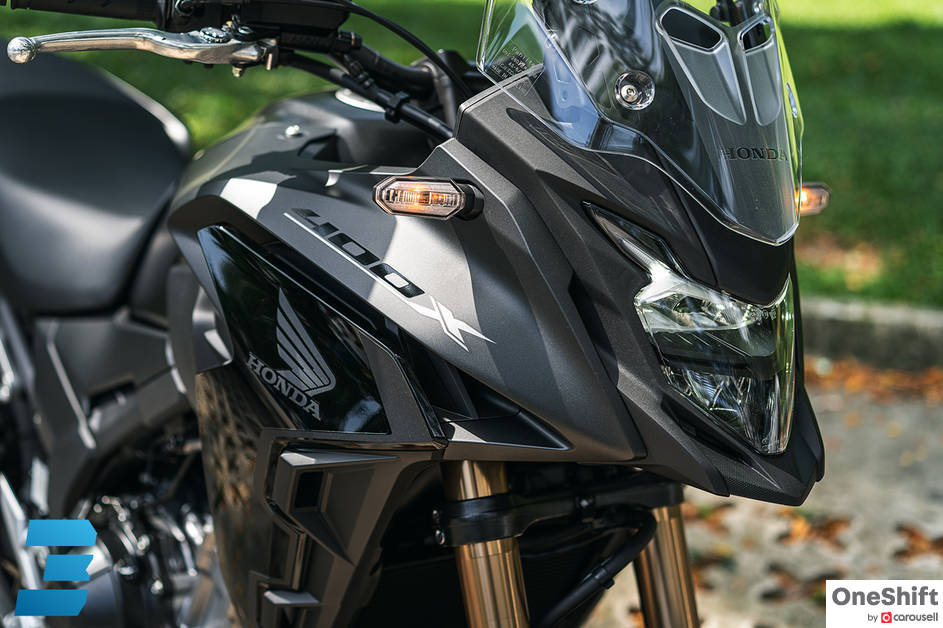 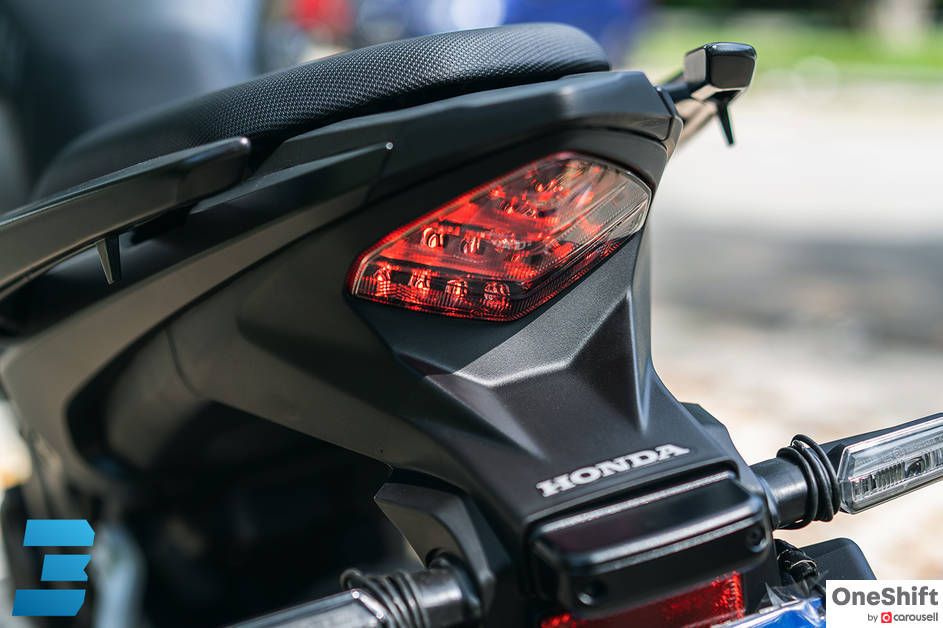 Turn the ignition and the full LED lighting comes on. From headlights to the turn signals, the LED really gives it an air of moderness (finally I feel a twitch somewhere), fire up that engine and a pleasant bark emanates from the tailpipes. Not too bad for a 400cc machine. 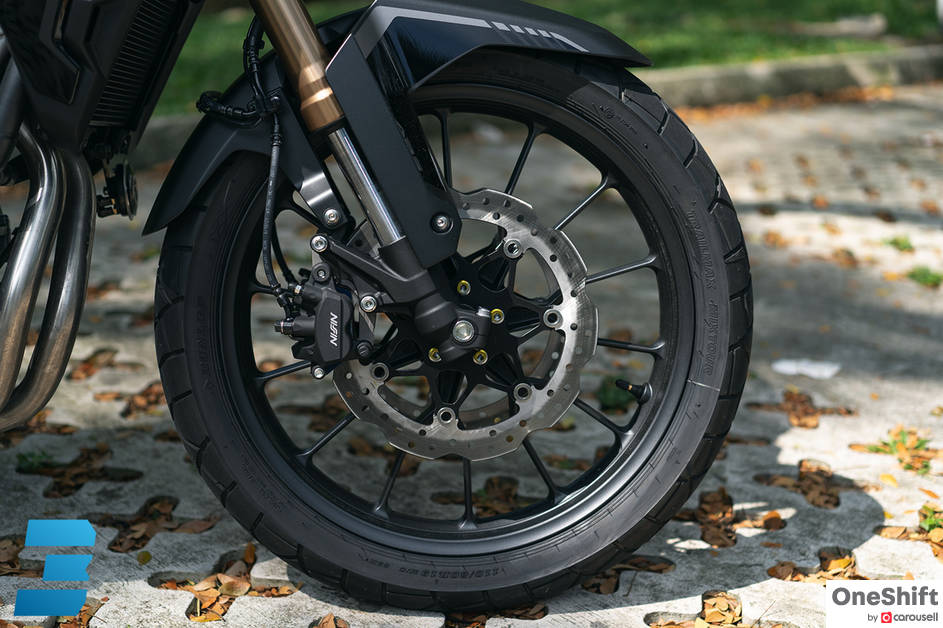 Initially, braking accentuates the soft front suspension, but once we turn out onto the open roads, it feels pliant, sure-footed and comfortable at the same time. It seems like someone had deliberately tuned the suspension together with the seat to give the rider the most comfortable experience on this variant of their soft adventure bike.

Here’s where the magic of a Honda shines through. You start to smile. Everything is how it should be and there is no rush, you are the nicest person on a Honda. Handling is very capable with its conventional front forks, equipped with 19 inch front wheels, taking all road imperfections in its stride. The mono-shock at the rear is paired with a set of 17 inchers. Both wrapped with Dunlop Trailmax Mixtour tyres. 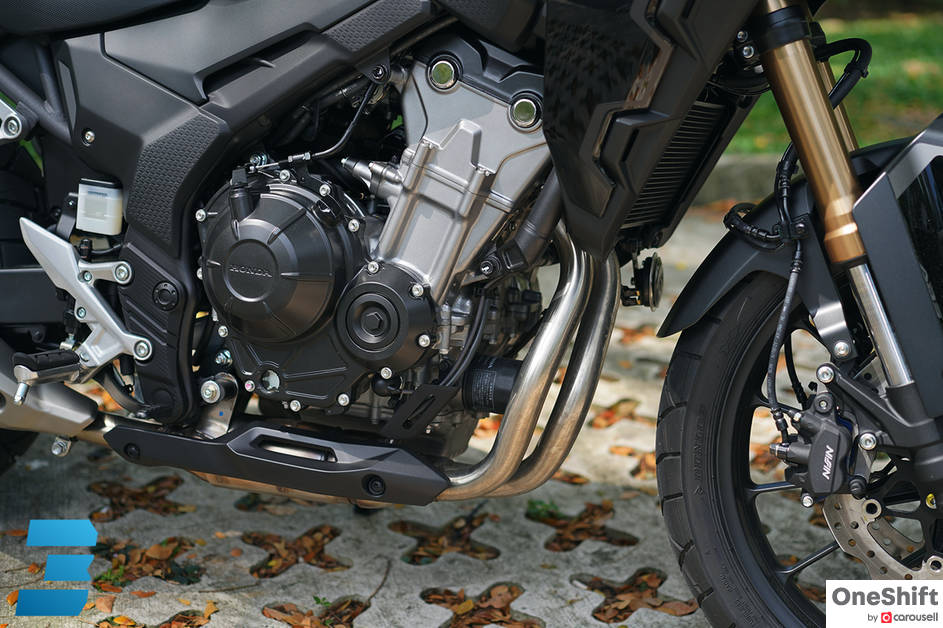 Give it the beans and the stoic Honda obliges, albeit lethargically. It lazily releases its 47hp in its power plant and only then do things start to get interesting. All this is done without much fuss and with very little drama, nor vibration for that matter. It just gets the job done and goes back to bed. It stops very well with its dual disc Nissin brakes up front and a single disc at the rear.

Pull up to a traffic light and many seem to be drawn to the bike. Indeed, many riders have either owned one or are riding one in their motorcycling lifetime, offering little nuggets of information at the lights. Conversation starter, in a sense. 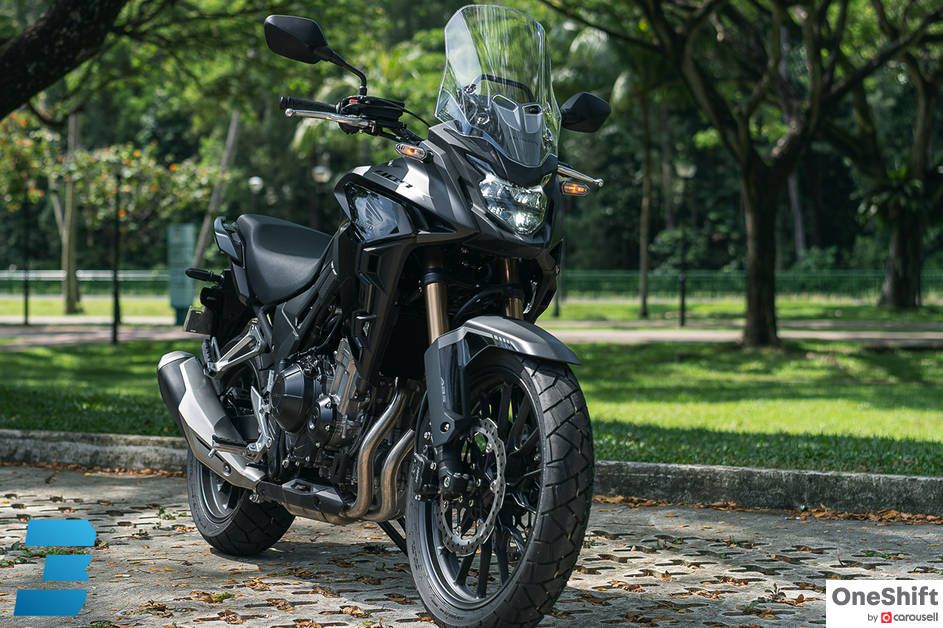 At 399cc, this little Honda is in the sweet spot of two wheeled motoring in Singapore, comfortable enough to take on the undulating roads, fast enough to leave the cagers behind and it will look acceptable with a top box strapped onto the back. We could ride it all day long. The sheer number of them on our roads bear a testament to that. It is perfect for the everyday commuter rider that needs something reliable or a second bike to run all your errands where you can leave your fire-breathing high-powered machines for the weekends.

The old adage, “If it ain’t broke, don’t fix it.” rings true when you ride this latest version of the CB. The engineers at Honda taking micro steps in their design and engineering. However, we would prefer to see more of more in the bike, Bluetooth integration, 12V usb ports, TFT screens. Give us more sexy samurai instead of savvy salarymen, we think the world is ready for that.