From the Autobahn to the Alps, the 992 Turbo S never seems to put a foot wrong. Share
... point-to-point there is little else that can give a proper chase.
What we like:
Unfazed despite circumstances
yet still involving
thrilling and mega fun
What we dislike:
Wide hips could be too much for certain roads. Luxury and refinement is average

While much effort is spent extracting every last horsepower from the GT3’s naturally aspirated engine, the Turbo is all about getting the most power from its forced induction engine. In that sense, it is almost a concept turned on its head 360 degrees. 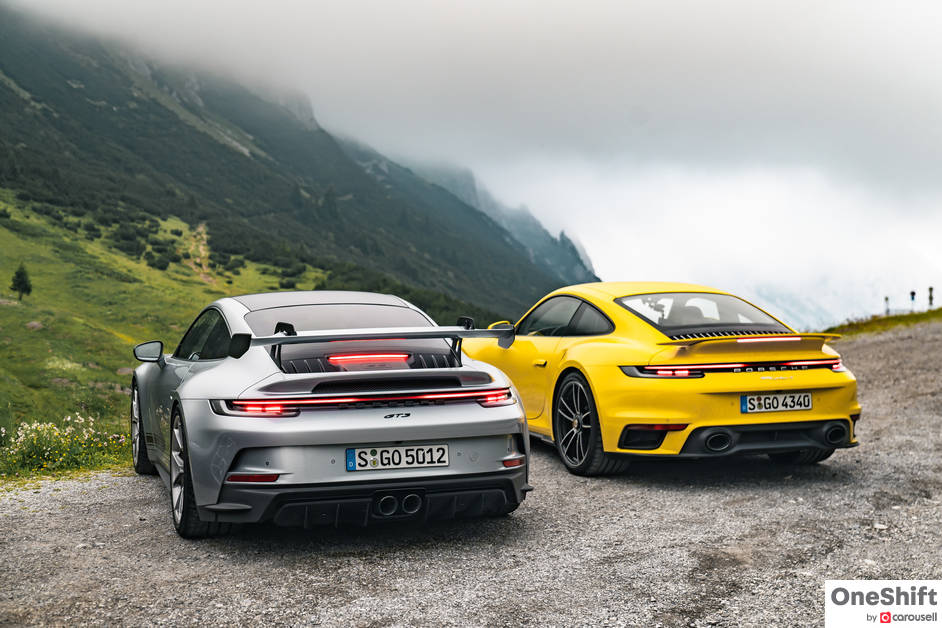 Yet I have always respected the 911 Turbo. Interestingly, all of my previous experiences with the car were on the racetrack. Mount Cotton in Queensland, Australia was where I first tried for myself the mindblowing acceleration - as well as the sensational braking - of the 997.1 Turbo. The 991.2 Turbo S came after, on Sepang International Circuit in Malaysia, and that’s where I realised it is a rather decent handler.

After all, the Turbo is an awful lot of power in something that weighs only 1,640 kg (+40 kg versus predecessor) in 992 Turbo S form. Cars of its prodigious power and class usually weigh quite a fair bit more. That gives the Turbo S quite a bit of advantage around the corners. 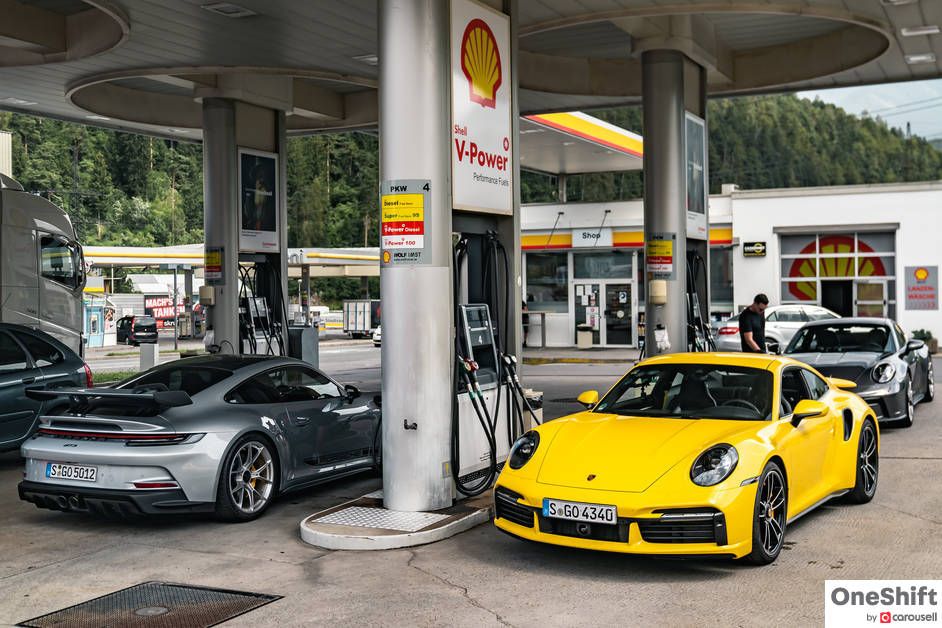 For this road trip I will try the 992 Turbo S for the first time on the road, which will include Autobahn runs (of course), slow urban driving as well as the same breathtaking passes that the GT3 did. It will be a great insight into how the Turbo would fulfil its remit of an everyday sports car - and the finest one at that on the Porsche tree, non-GT speaking.

The 992 Turbo S sports a new 3.7-litre boxer six that produces 650 PS and 800 Nm with two VTG turbos. The power increases from the already powerful previous generation are staggering - an additional 70 PS, 50 Nm allows a 0-100 km/h sprint that is 0.2 seconds faster than 2.7 seconds. Even more impressive is its 0-200 km/h sprint achieved in 8.9 seconds, which is a full second faster than previously. 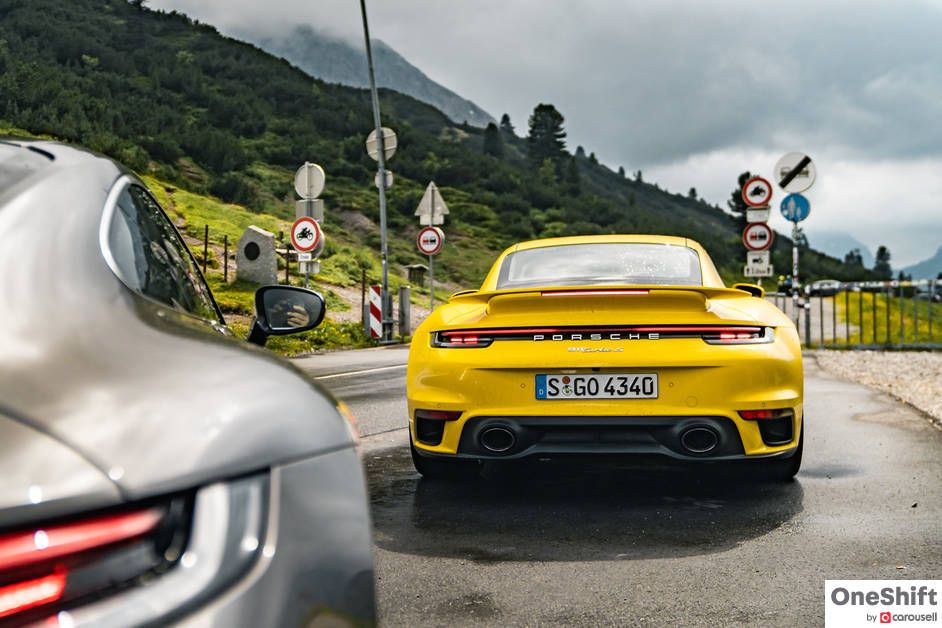 Based on the 992 Carrera motor as the base, it has a redesigned charge air cooling system, larger symmetrical VTG turbos and uses piezo injectors. Also featuring a new intake system, the car now has four intakes with a larger overall cross-section and lower resistance, helping to improve engine efficiency. 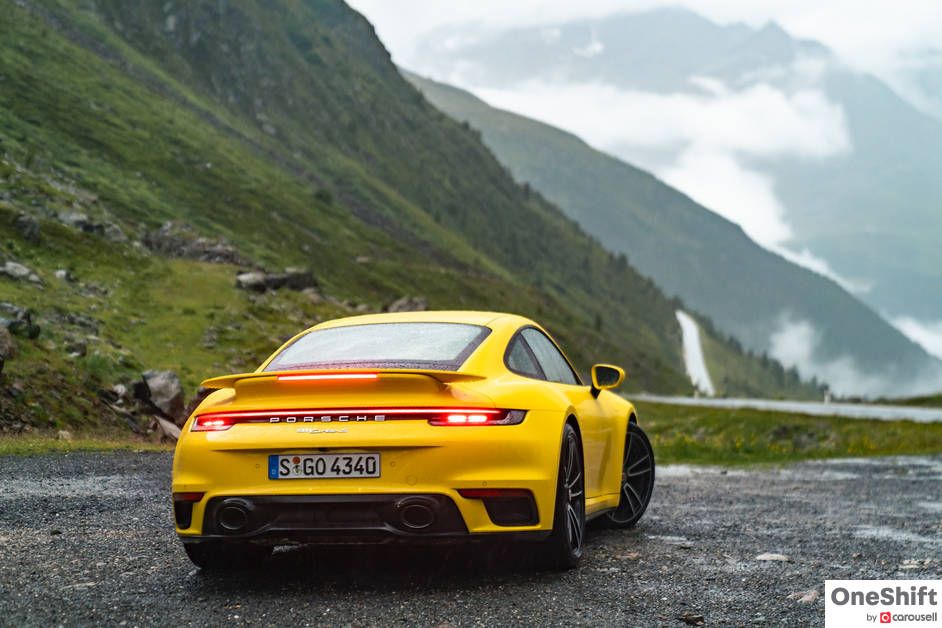 Dimensions have also increased - the track is now 42 mm wider (front) and 10 mm wider (rear) while for the first time there are different-sized wheels front (20-inch, 255/35) and back (21-inch, 315/30). In Racing Yellow, the Turbo S really is a striking car that looks fast while completely still.

Of the three cars I had the Turbo S first. As I was having a conference call at the same time, it seemed appropriate that I was in the most luxurious and quietest of the lot. Off the bat, the Turbo S feels well put together, tight and well-mannered. Despite the incredible amount of power on tap it really is very happy to pot around with minimal effort.

An Autobahn blast out of Germany into Austria 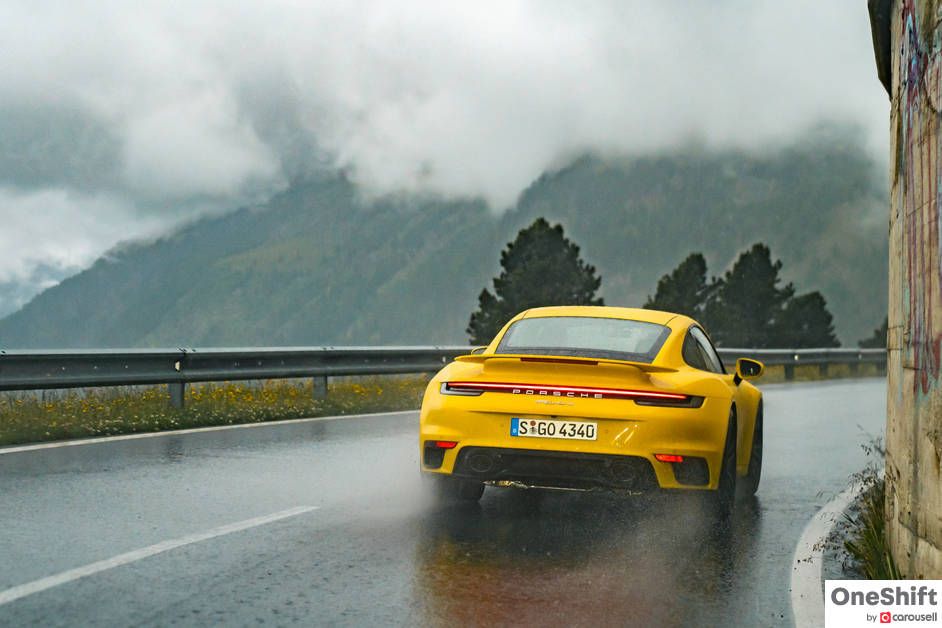 Its 8-speed PDK is much, much smoother than I had experienced in early versions of the 992 C2S/C4S, and so played perfect partner to the tsunami of torque that the engine affords. Noise levels are also noticeably less than before (could it be the optional noise insulation glass?), but as with 911s in general the Turbo S is not a quiet car. Not that it really cares about that.

Traffic was moderate coming out of Stuttgart but there were some clear stretches as we got onto the Autobahn heading south towards Austria. Immediately, the Turbo S fit into the situation like a glove as it went from urban sprawl at 50 km/h to cruising at 180 km/h. Its cruising abilities really came to the fore as overtaking from one point to another felt like it already happened before one imagines it.

I attempted to do a top speed run but alas, after reaching 308 km/h the Turbo S ran out of space. Also, at those sorts of speeds the front end became understandably floaty despite the 15% increased downforce from the redesigned, pneumatically extendable front spoiler and the larger rear wing. Before long we were already at the Austrian border and here there is a 130 km/h speed limit on the highways.

From the base of Imst we were to spend the day traversing the pass of Hahntennjoch. In terms of landscapes Hahntennjoch seemed the most diverse of the three, but that’s also because the road flows through some very rugged, isolated terrain. There are not many straights here and most of the corners are quite sudden and narrow as well. I wondered how the Turbo S would fare here as it does not feel like its natural environment.

The 911 Turbo S on Hahntennjoch 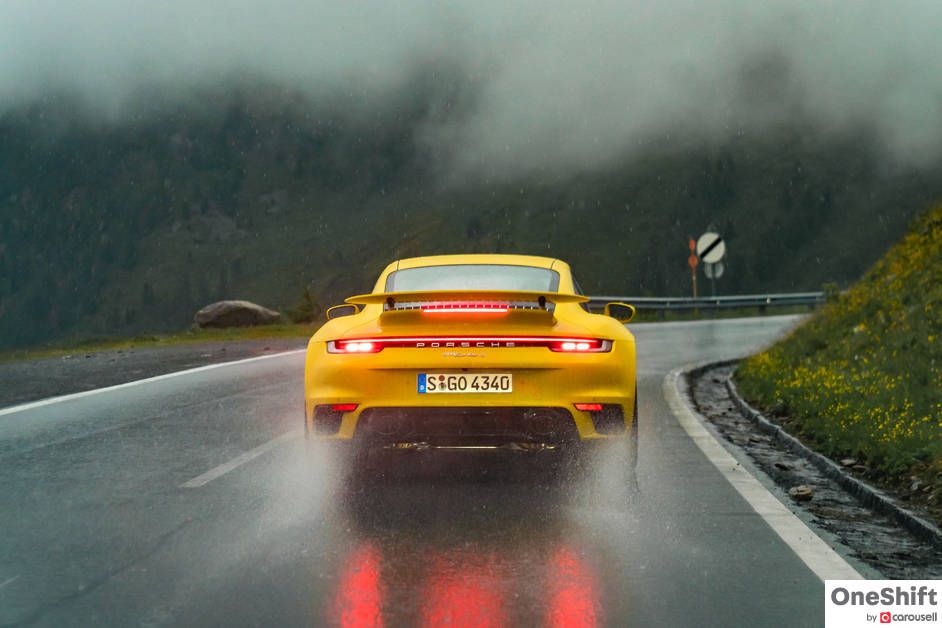 Well, its performance was staggering to say the least. I had the least expectations of the Turbo S and it by far exceeded them the most among the three cars. The highlight was its feelsome steering, which gave a calm, measured response that’s as engaging as it was easy to read. Note that the car came with the Power Steering Plus option. 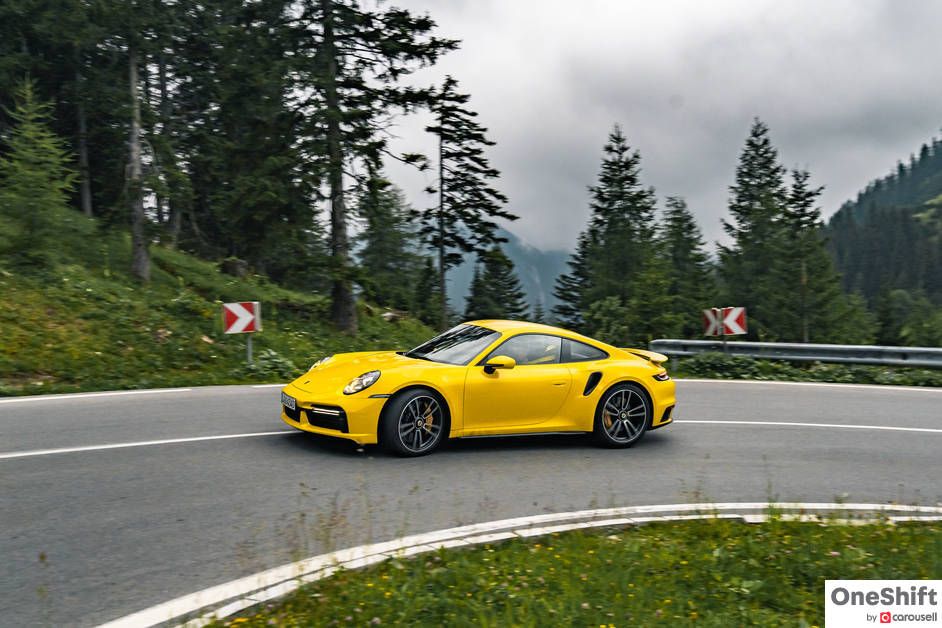 This gave a lot of confidence to plough on, whatever the road conditions… Which made the Turbo S the perfect car to scare passengers in, for the driver knows and feels the vast reserves of grip thanks to the steering feedback. Agility is fabulous and the car has such large margins for error that it will sort itself out through almost any situation. Porsche Traction Management (PTM) all-wheel drive has been enhanced in this latest generation, allowing the transfer case to distribute up to 500 Nm to the front wheels. The new generation PASM chassis constitutes precisely controlled dampers that provide significant advantages to roll stability, road holding, steering behaviour and cornering speeds. 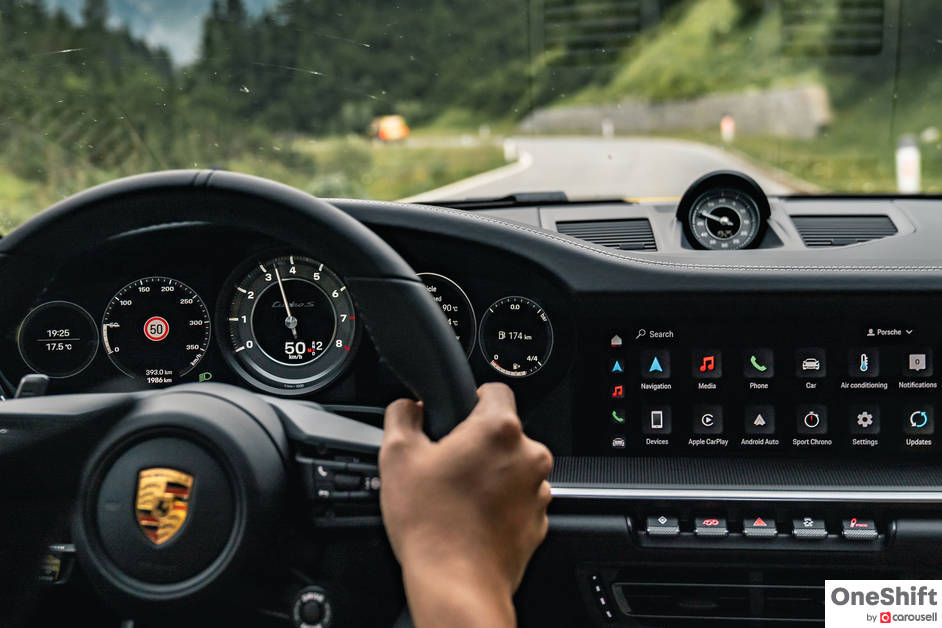 Yes, it’s not as finely balanced as a GT3, but point-to-point there is little else that can give a proper chase. Yet the car is hardly digital at all. In fact, it’s still very much analogue, which is a pleasant surprise given the technological powerhouse that is the Turbo S. All of the electronics work quietly behind the scenes and remain rather unnoticed although the benefits are clear to see. Even the exhaust note is aurally pleasing enough despite the gigantic turbos - I am sure the sport exhaust system helps (identified by the oval tail pipes, as opposed to the classic rectangle ones). 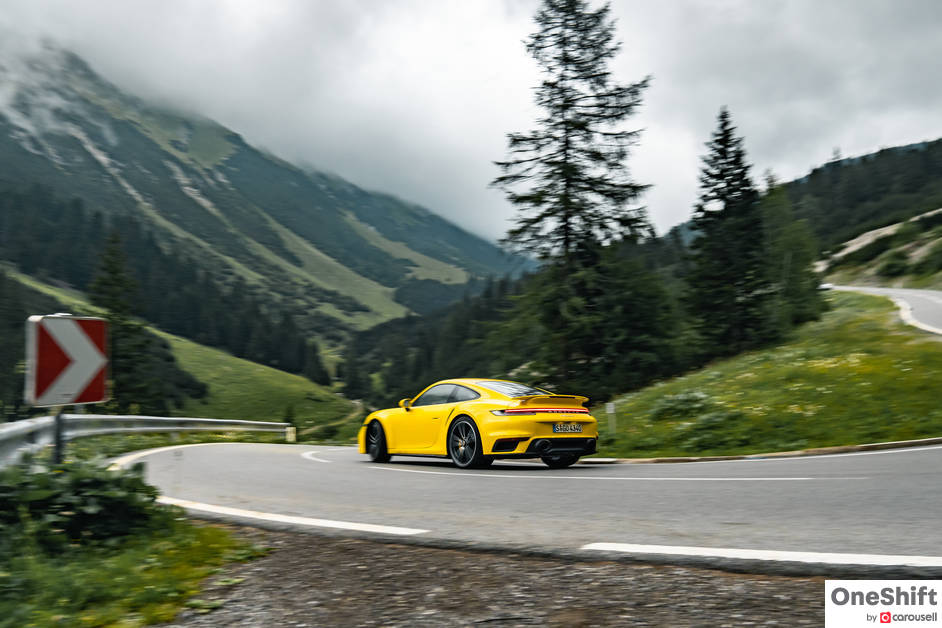 The only fly in the ointment is really the car’s size. For passes like the Hahntennjoch, the car’s wide hips only serve to make the driver more cautious than he normally would be, in case of any oncoming traffic through blind corners. Otherwise, nothing much else would have slowed down the Turbo S. 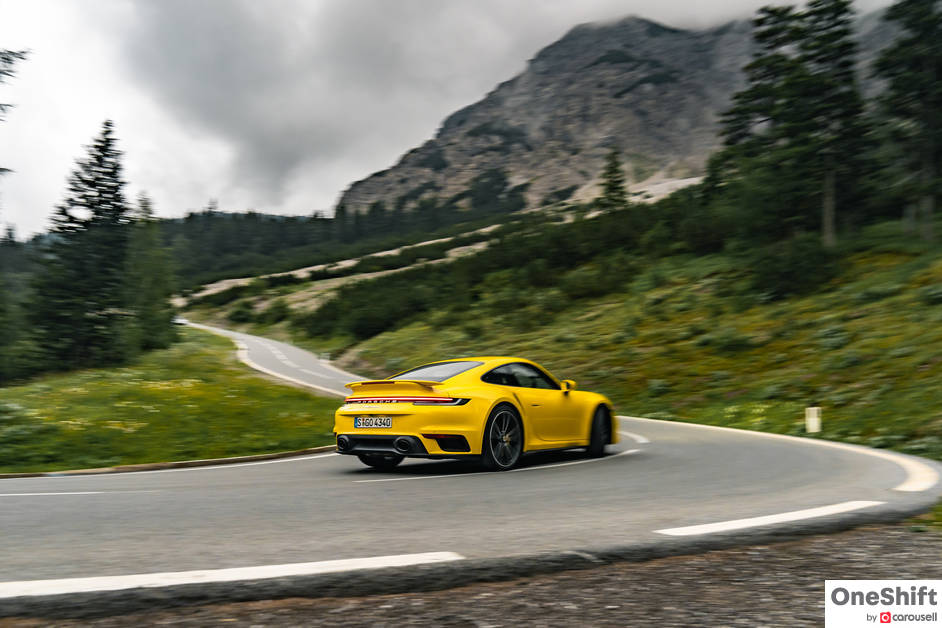 The Turbo S really is a far more impressive car than its position beneath the GT cars would suggest. It is probably as comfortable as a normal Carrera 4S, but will outrun just about anything in the Porsche range.

More sport than luxury, but a great measure of both 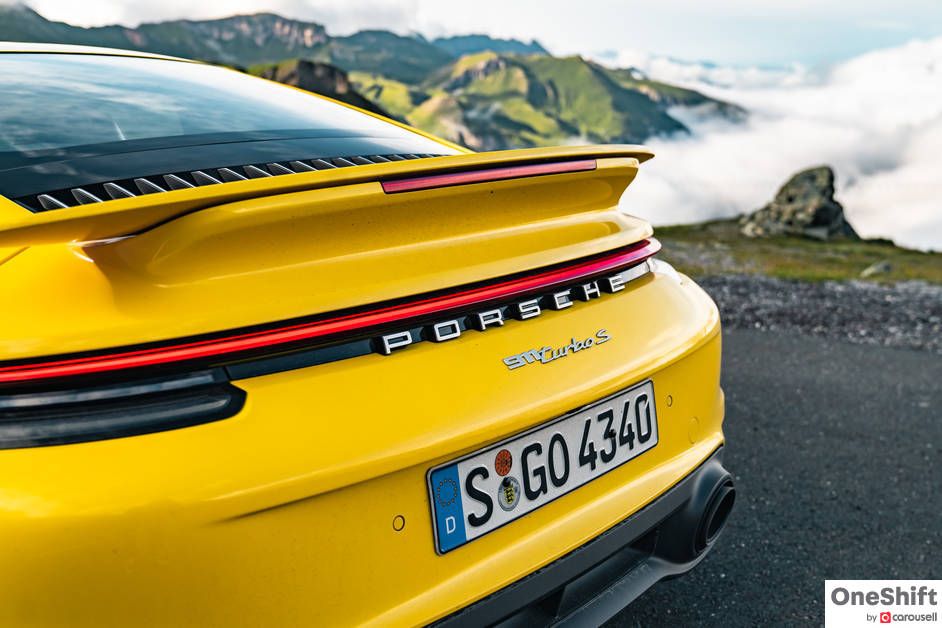 It is a sports car first and foremost, so those looking for a refined and hushed luxury sporting car may not find what they’re looking for here. But if you wanted a sports car that could literally excel at any situation thrown at it, look no further.