When we tried the RS Q8 last year, it was an impressive machine but felt a tad much for Singapore. If you wanted top trumps in the SUV world, it’s a good pick but we’re now given the keys to the slightly more mellow SQ7 which may actually prove to be an even sweeter drive, despite my misgivings about its slab-sided looks. 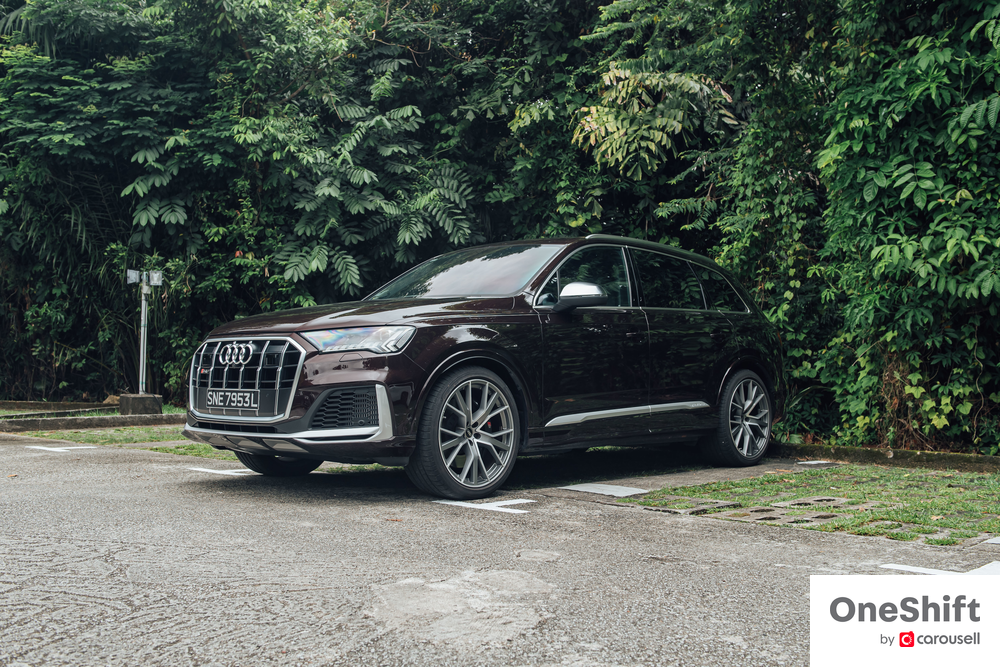 It may not wear an RS badge, but the SQ7 uses the same twin-turbo V8 and is good for 500 hp and 770 Nm, just down 100 hp and 30 Nm from the RS Q8. The engine feels less frantic here and more measured, so it is easier to drive sedately, quite an important plus for a 7-seater SUV that happens to have monumental power. 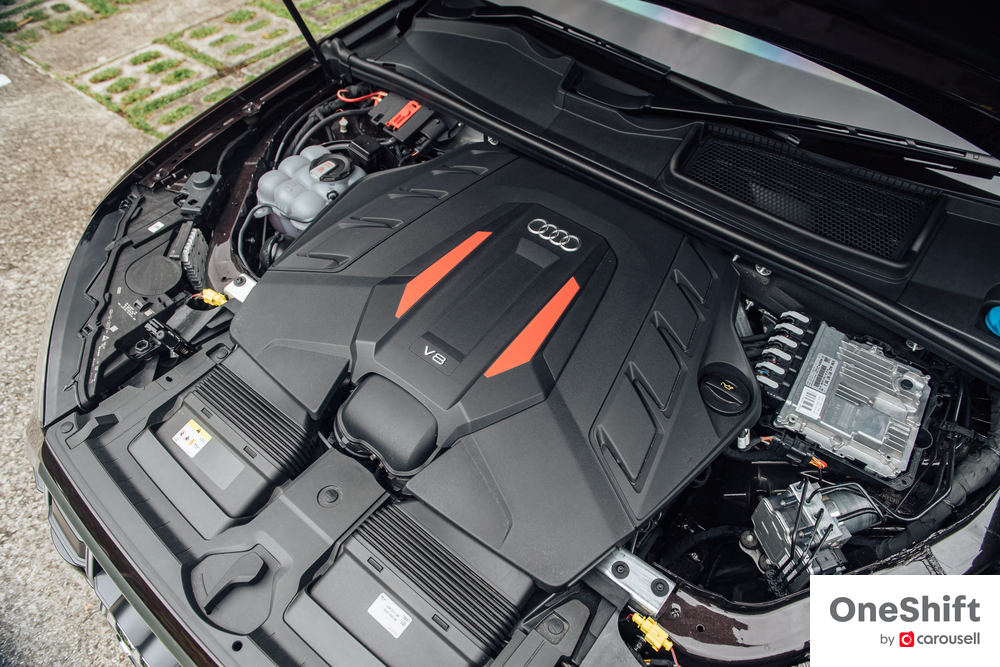 Yet when you want to floor it, the V8 still sounds as stirring as ever, and its more relaxed pace actually works well because you have more space to redline the engine before breaking any speed limits. Make no mistake though, it’s still mighty muscular and one ought to be used to bystanders gawking at how this 7-seater SUV can take-off so quickly and sound so good while doing so. It’s a gorgeous drivetrain that really has to be savoured on its last throes. 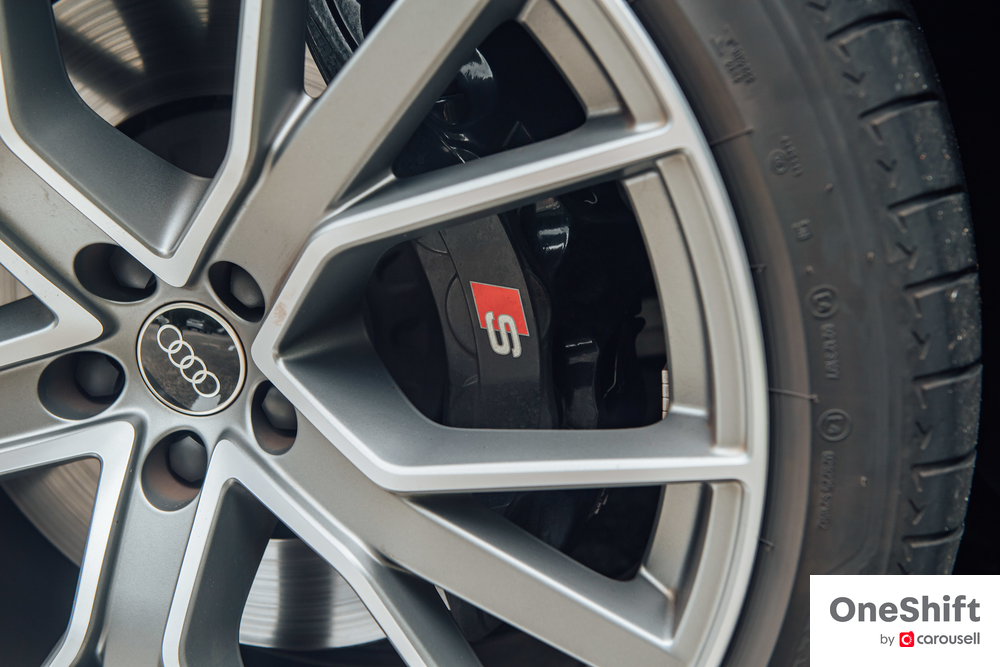 Wearing smaller rims than the RS Q8, the SQ7 also rides amazingly well for something on 22-inch wheels. The adaptive sport air suspension which comes standard on the car is the chief reason why it's a bit like sitting on a pillow. 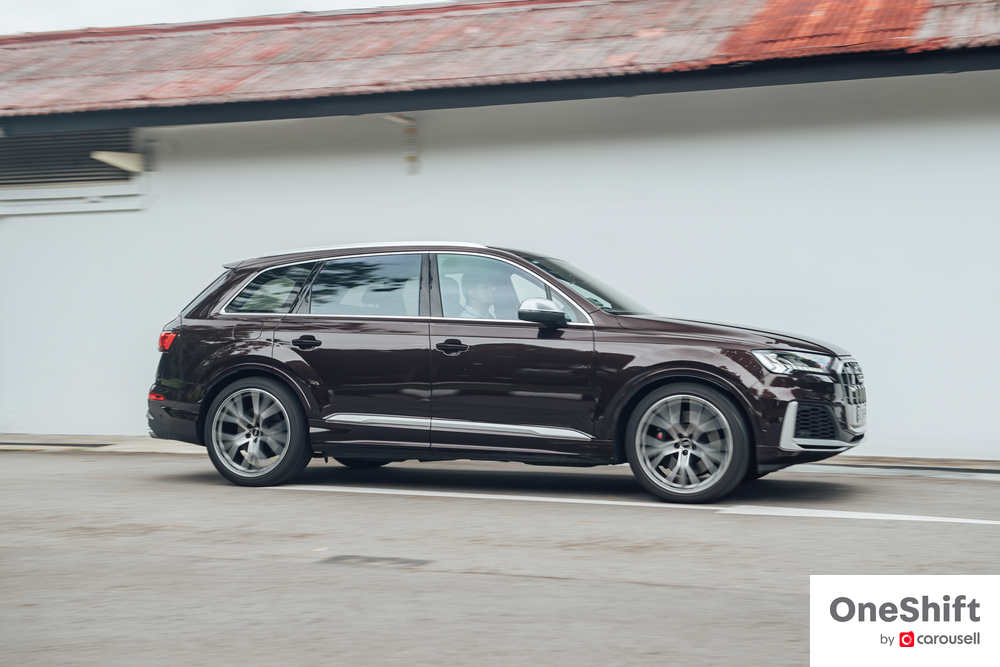 But incredibly, the car is a neat handler, too. With quattro and all wheel steering as standard, you really feel it working maximally in a car of this size. Car park manoeuvres are a cinch, narrowing turning circles akin to a far smaller car. On a twisty road, the SQ7 feels very hunkered down and willing to achieve far more than you think it can. It just turns sharper, cleaner and tighter than one could ever imagine possible. Steering feel is also decent, which can only help instil even more confidence driving such a mammoth car quickly. 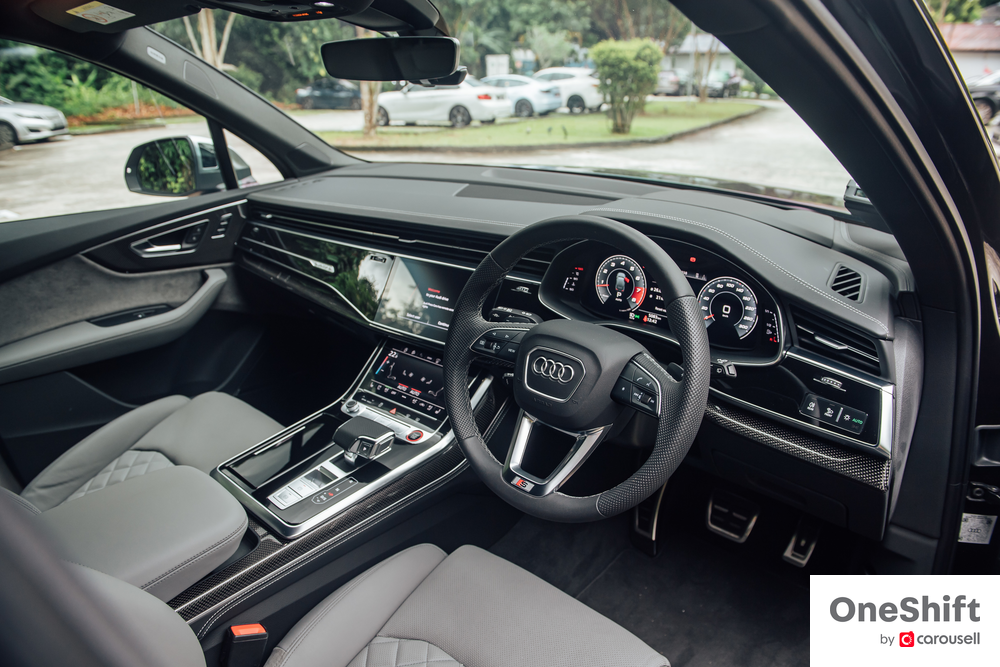 Big car with a big engine, a nice combination for regions with cheap tax and fuel. Cylinder on demand is present here which deactivates 4 of the 8-cylinders when not in use. It’s excellent in that it’s imperceptible in its operation, however, don’t expect to be saving much fuel and think it’ll consume like a V6. It won’t - we returned about 19 L/100km on the test. So be prepared to pay at the pumps, but it is plenty of power and space after all. 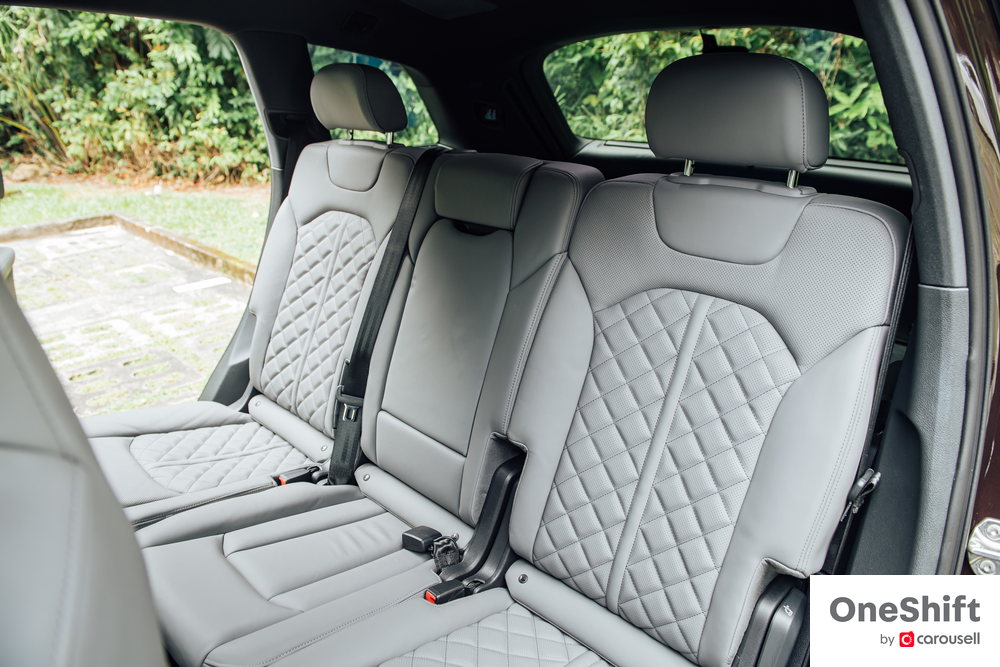 And best of all, it’s all dripping with typical Audi quality. The doors open and close like in a bank vault. The refinement is tremendously impressive. The technology, while a little too reliant on touchscreens, is awe-inspiring and sophisticated. The materials are premium and well-made. You start to feel that $500+k for this car is somewhat justified, and you wouldn’t be wrong. 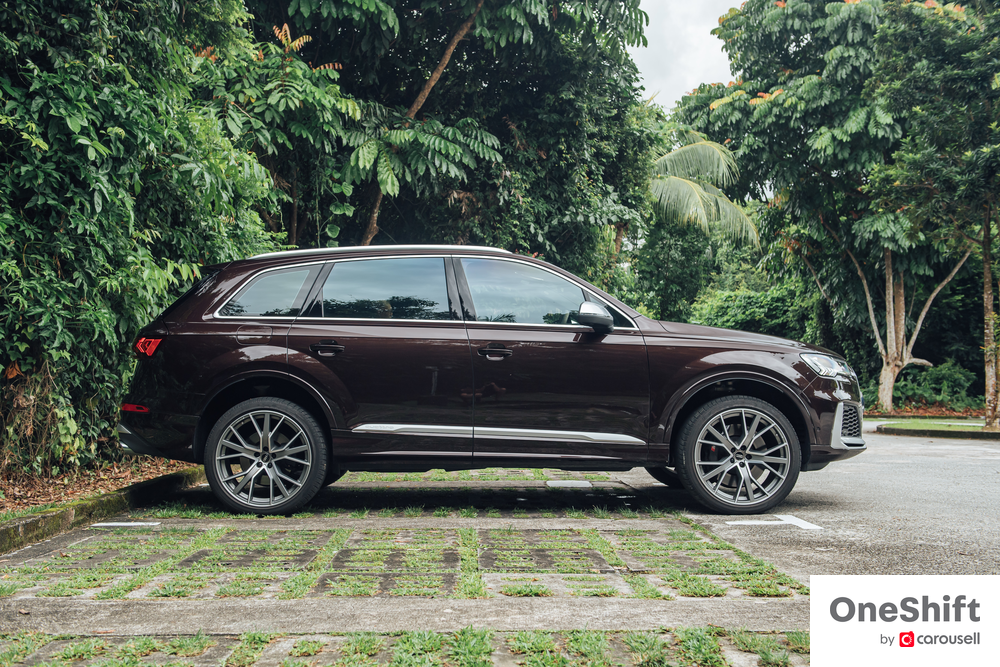 As a whole package, the SQ7 has been optioned extremely well and feels very complete. Pick this over the RS Q8 if you like the subtler looks that are less OTT, added 7-seat practicality, and the cheaper price tag. It’s very close to an RS, if not better suited for Singapore.

What we like:
Superb build quality
Exhilarating pace that's not too overwhelming for Singapore
7 seats - easy to convince the better half
What we dislike:
Fuel economy or lack thereof
Subtle and - some say - staid looks