BMW i7 xDrive60 Pure Excellence Review: It's The Most Luxurious 7-Series Yet Share
When you get inside, the words ‘next generation’ come to mind.
What we like:
Pushes boundaries of what luxury means - and succeeds
A very comfortable and quiet flagship saloon for all occupants
Statement piece
What we dislike:
Not quite a BMW to drive
Technology gets in the way of enjoying the car fully

BMW has never been shy of controversy. In modern history, it was the Bangle era of cars that shook the BMW cognoscenti. BMW steered back to more conservative design right after that, but more than a decade on I actually feel a soft affection for the Bangle BMWs (I even drive one myself). 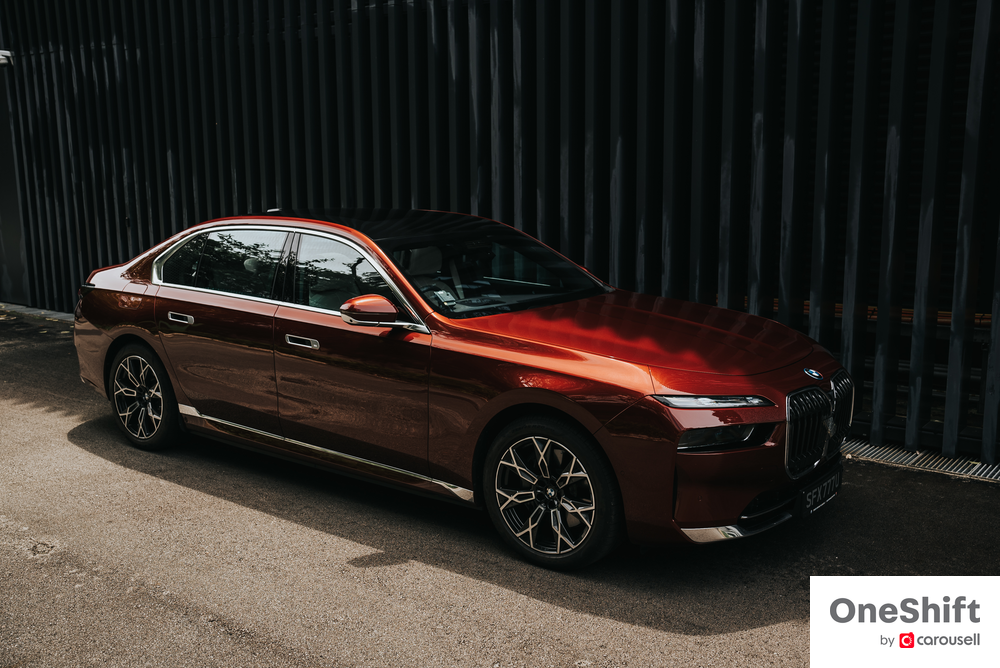 Would it be the same now that BMW is on the bleeding edge on what is considered acceptable in the eyes of the people? The iX is perhaps a most extreme expression of where BMW design is heading these days, and for a milder version, cast your eyes on the new BMW i7. 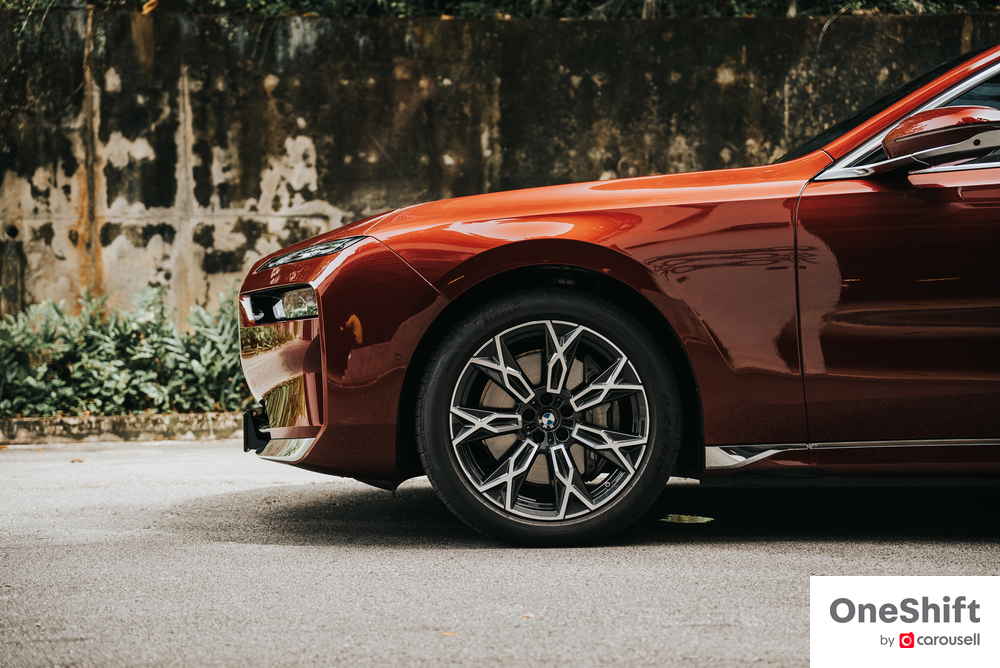 It helps that the i7 adopts a saloon look that’s easier on the eye, but there are plenty of design cues that continue to stoke questions, if not emotions. Why are the headlights (from Swarovski, if I may add) so squinty as if peering through 800-degree lenses? Is the minimalist rear supposed to balance out the overly aggressive front? And perhaps the biggest question of all, why is the front kidney grilles so oddly shaped and so darn big? 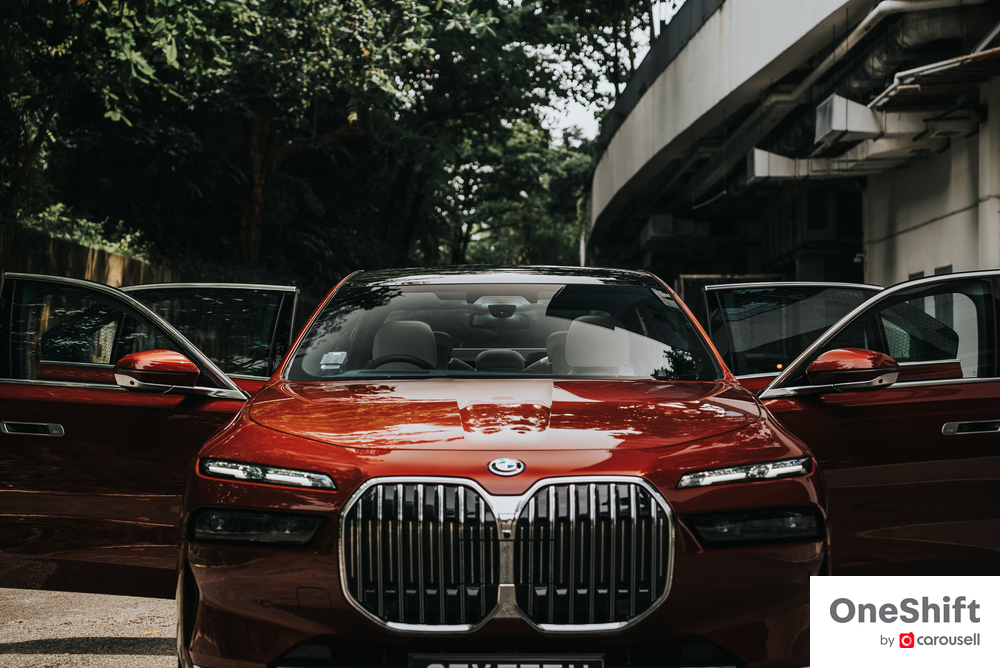 Perhaps most of these questions may never be answered in any politically correct way, but there are some unexpected positives that sprouted up as well, after spending some time with the i7. At the launch, I said the car felt quite Rolls-Royce, and it is pretty clear that BMW stole longer than a glance at the Goodwood playbook in defining what a flagship BMW might be like. 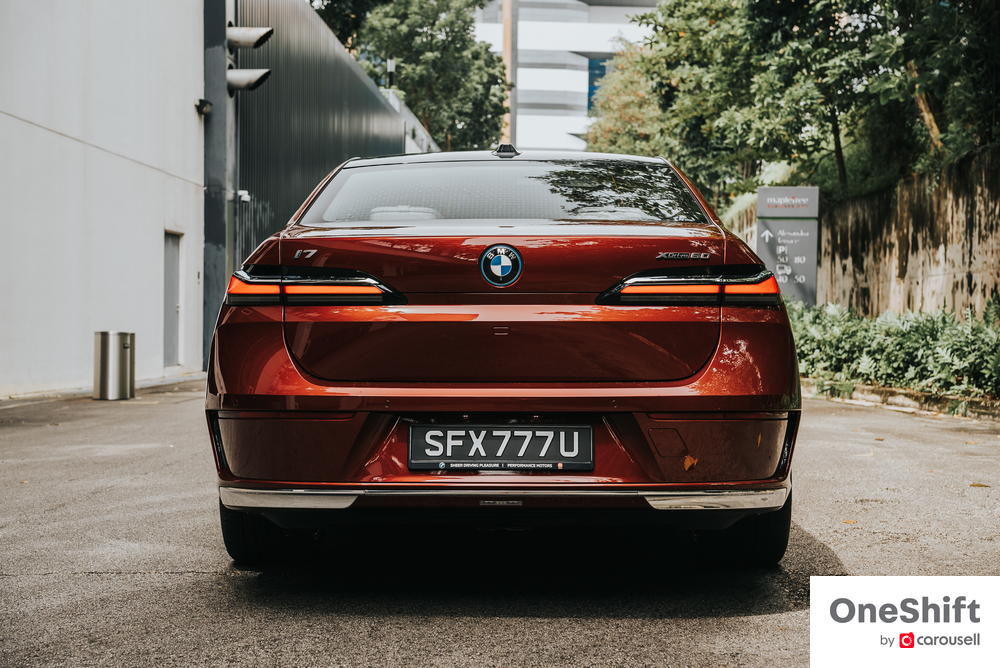 No, the i7 will never be a Ghost, and is not even in the same league. But you can be sure that the upright, formal stance will get bystanders pointing and asking, ‘Is that a Rolls?’ (yes, it really did happen). It’s grand and it makes a bloody impressive love-it-or-hate-it statement. 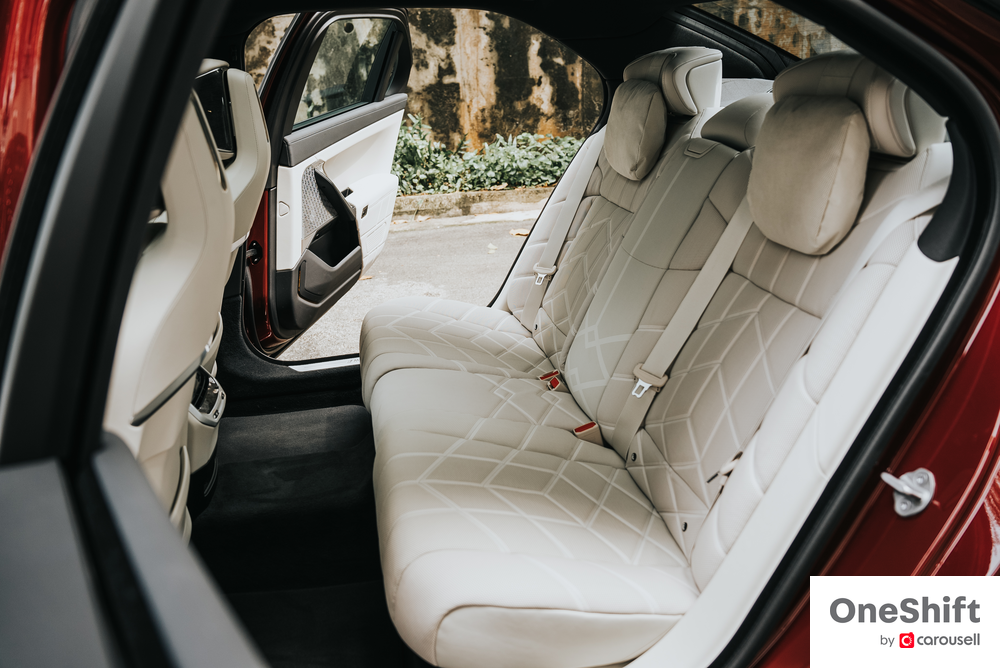 And then when the doors self-open, the ‘oohs and aahs’ continue, something that never really happened with the previous 7-Series. Granted, it feels a bit of a gimmick, but given the size of the car it did help to have the doors automatically stop before dinging the car next door. Lower stress levels are indeed luxury. 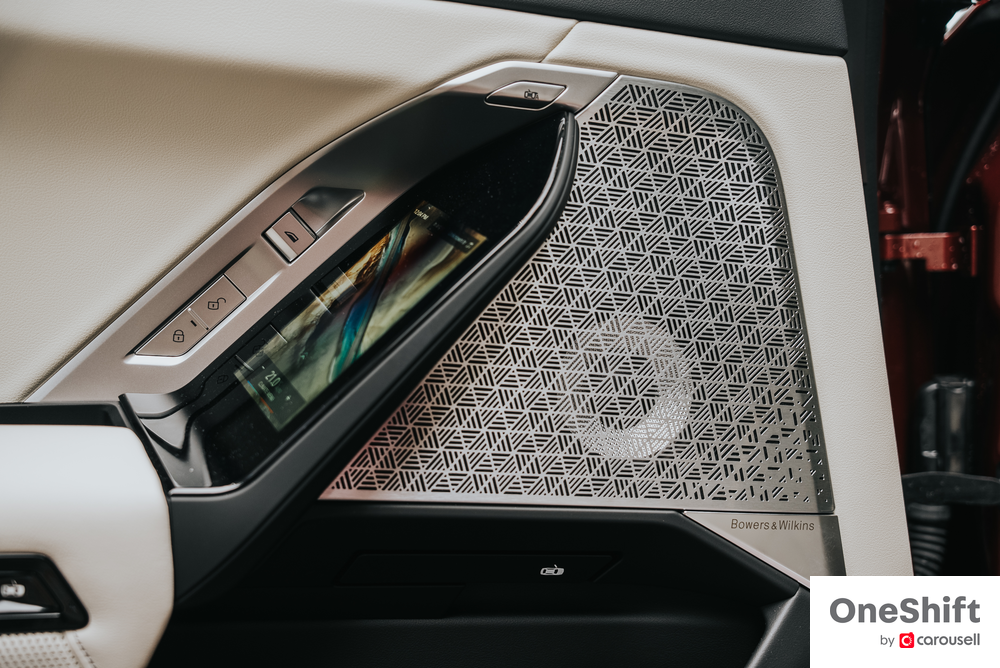 When you get inside, the words ‘next generation’ come to mind. Interacting with not just one or two, but a couple of one’s senses is a fascinating way to travel on four wheels. It’s an added dimension of luxury. Of note is the Interaction Bar, an innovation that’s so obviously cool and easily implemented, one wonders why it didn’t debut sooner. Responding to different driving modes (e.g. a dreamy like constantly flowing liquid kaleidoscope of colours in Expressive) or actions (e.g. flashing red when turning on the hazard lights), there’s huge potential for more. How about the lights flashing in tandem with the latest lo-fi beat? Now that’s something I’m looking forward to. 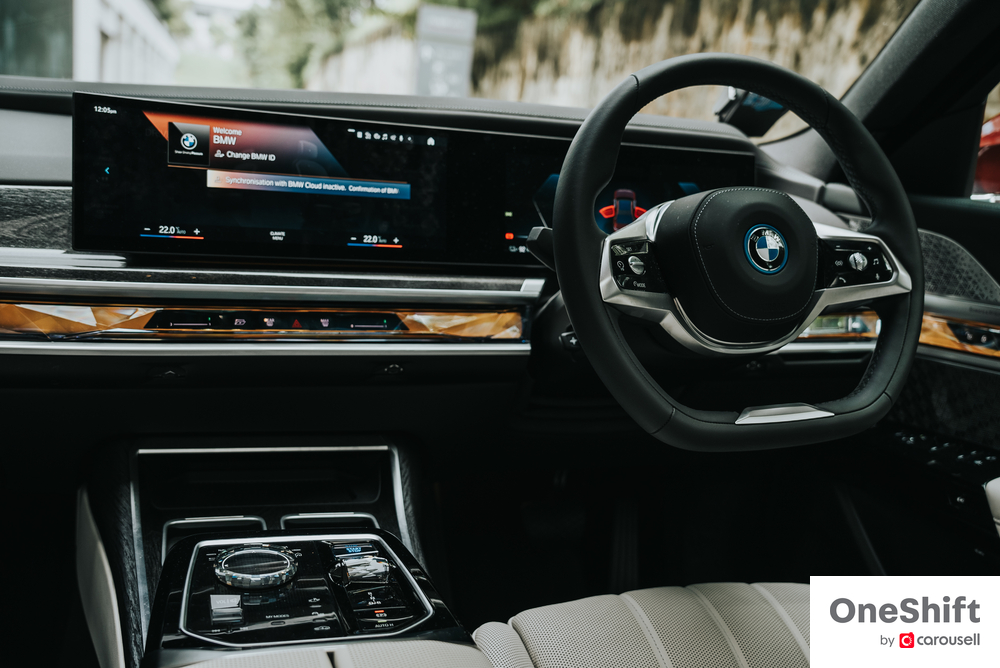 Some of the technology I am less excited about, like BMW OS 8, removing most buttons and forcing the driver to manage everything through the infotainment system. I’ve said it before, but I’ll say it again: it’s not the most intuitive, and I spend way too much time fiddling with it that I depart late for a journey, or figure it out on the move which is not the most ideal. But one implementation I really like are the mini screens that are embedded into the rear doors. These are simplified and allow rear passengers their very own indulgence of controlling the music, the blinds or to manage their seat adjustments. It’s a very clever idea, rather than having to put down a centre armrest to access a screen, for example. 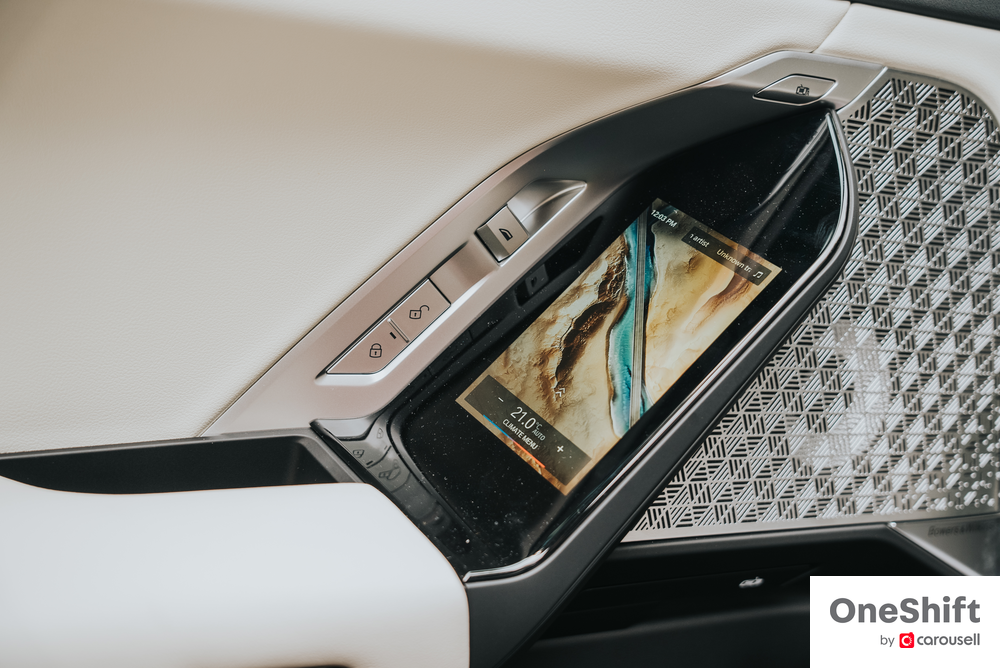 The press car doesn’t have the Theatre Screen option (not available in Singapore - yet), a 31-inch 8K display that is yet another delight touch. But it does have BMW Individual Merino leather as standard, as well a 1,965 watt 36-speaker Bowers & Wilkins Diamond surround sound system (a $30k option), which sounds amazing. They look architectural too. I knew it wasn’t just me who noticed it when a passenger said that the speaker covers resemble the structures at Gardens by the Bay. And when night falls, it gets even cooler when the speakers themselves illuminate behind the metal grilles. 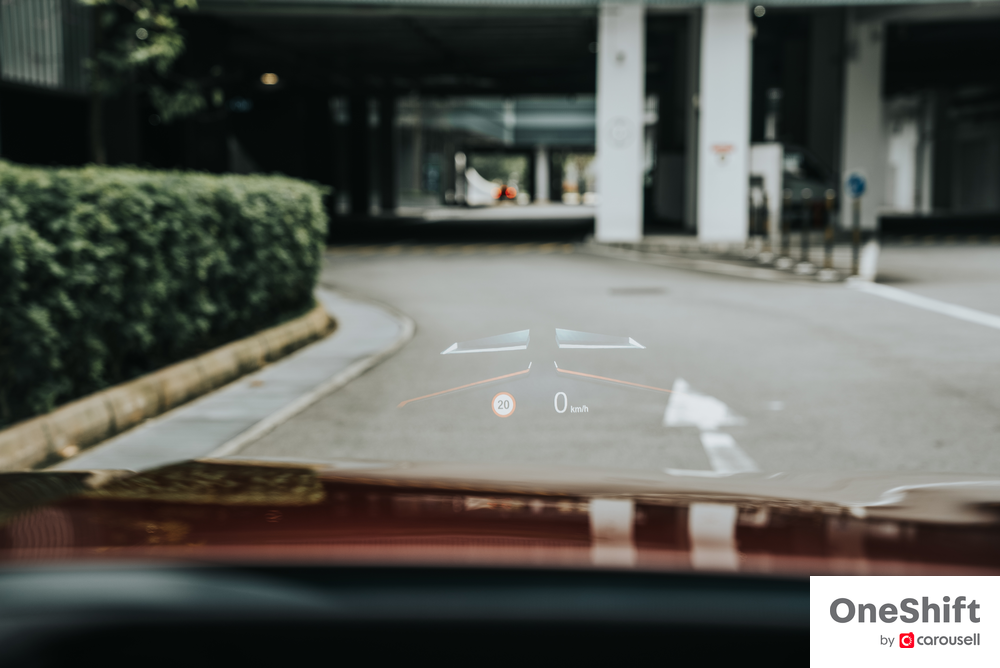 Now you would realise we are deep into the review and haven’t yet discussed how the i7 drives. That just shows how much else there is to a luxury car these days and what people may expect of a flagship. Driving seems to take somewhat of a back seat. Even so, I’m happy to report that the i7 is a very relaxing car to drive, one that can munch mile after mile easily. Reversing Assistant has put an end to nervous garage exit procedures. I love the supportive seats, the whisper quiet refinement and the well-judged suspension that’s almost as good as riding on air. The chassis is rock solid too, so handling is rather decent if not for the hefty weight of the car that can be felt through every dynamic test. But that is to be expected of a BEV and one of this size, at that. The steering feel, no matter which mode you are in, feels too light, but makes light work of manoeuvring the lengthy saloon especially when coupled with rear wheel steering. In isolation, it feels like a proper luxury car to pilot but is it a BMW? I hesitate to say so, but then again, BMW has changed so much and I so little that perhaps it’s the right BMW for most people who can afford one. 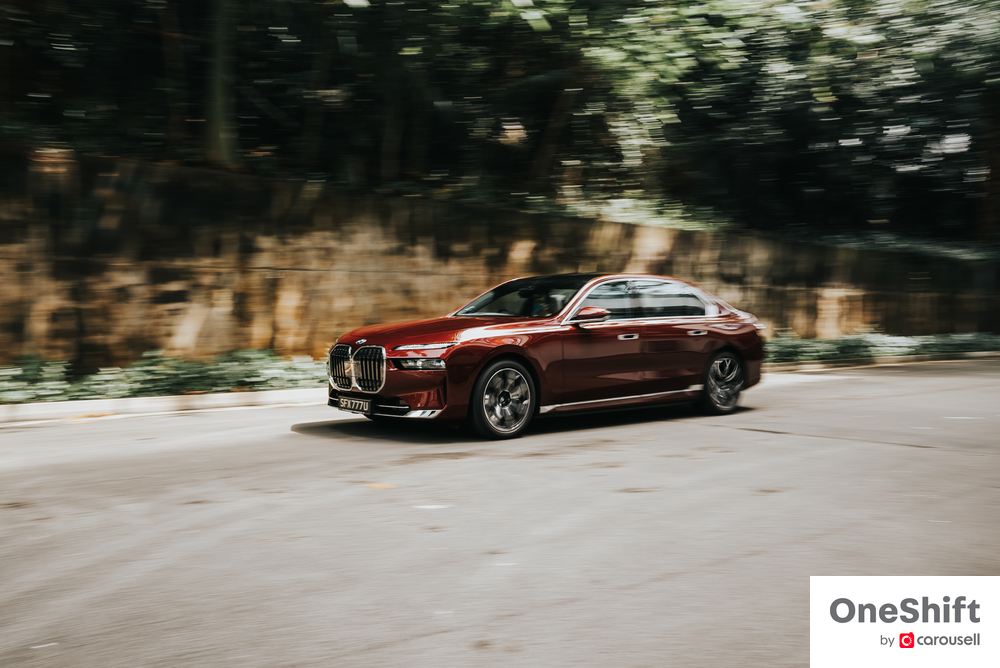 Conceptually, the electric drivetrain suits the 7-Series so much and it feels like the i7 is the 7-Series to have vis-a-vis the 735i. It’s $52k dearer, but offers 544 hp, 745 Nm and a very decent range of 625 km WLTP (in our test, 500+ km is very doable). If you’re not going to be driving most of the time, the i7 is probably the pick. However, if you’re going to be the driver too, then we’ll explain in the upcoming 735i review why it’s probably the one to go for…

Selling your car? Whatever the reason, car you sell Carousell. This ICE-powered 7 Series is the best one to drive among the range offered in Singapore at this moment.