The SEAT Toledo may not be new to Singapore, and we did see quite a few diesel examples plying our roads ever since the Spanish brand made a return here. The oil burner version was rather noisy, and although it did boast a healthy 230Nm, the narrow band of torque did leave much to be desired. With the revised VES kicking in, the diesel model has long seen the door here, and in its place, SEAT’s local distributor, Vertex Euro Motors now carries a petrol version. And to be frank, it is quite impressive, given its price point. Share
Fuel economy is very impressive at 20.4km/l.
What we like:
Sweet engine and transmission
Good interior for its price
VES A2 rating keeps the car affordable
Liftback style bootlid makes loading and unloading easier. Impressive fuel economy.
What we dislike:
Armrest is not adjustable
Liftback style bootlid could get in the way of low ceilings.

The SEAT Toledo may not be new to Singapore, and we did see quite a few diesel examples plying our roads ever since the Spanish brand made a return here. The oil burner version was rather noisy, and although it did boast a healthy 230Nm, the narrow band of torque did leave much to be desired.

With the revised VES kicking in, the diesel model has long seen the door here, and in its place, SEAT’s local distributor, Vertex Euro Motors now carries a petrol version. And to be frank, it is quite impressive, given its price point. 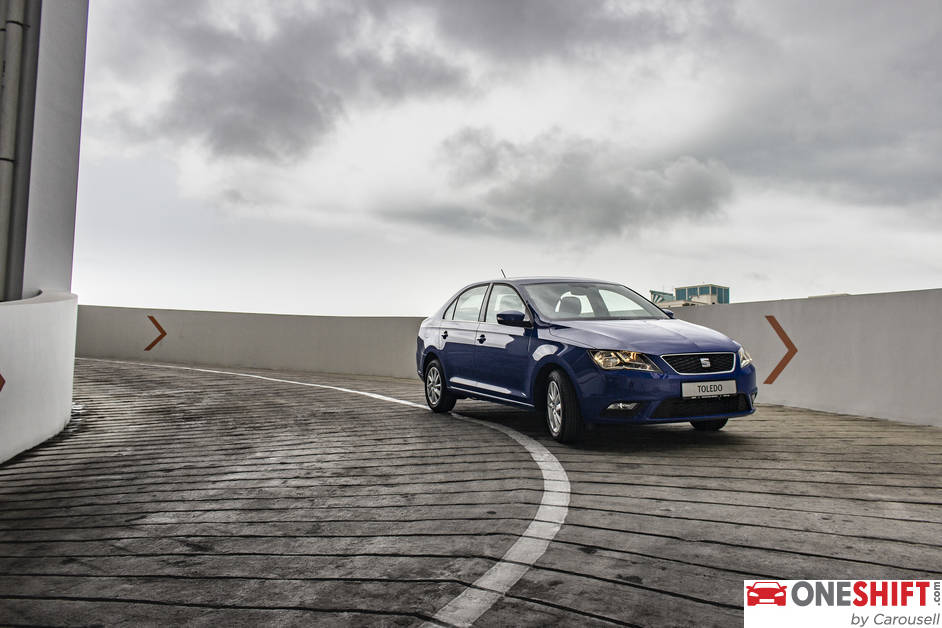 Squint a little, and the Toledo does look a little like a miniaturized Volkswagen Passat. After all, it is no secret that SEAT is one of the brands under the Volkswagen Group. At $77,999*, the Toledo undercuts quite a bit of the Japanese brand competition. While it may be an entry level sedan, it does sparkle where it counts, and in my opinion, I do quite like what the Toledo has to offer. 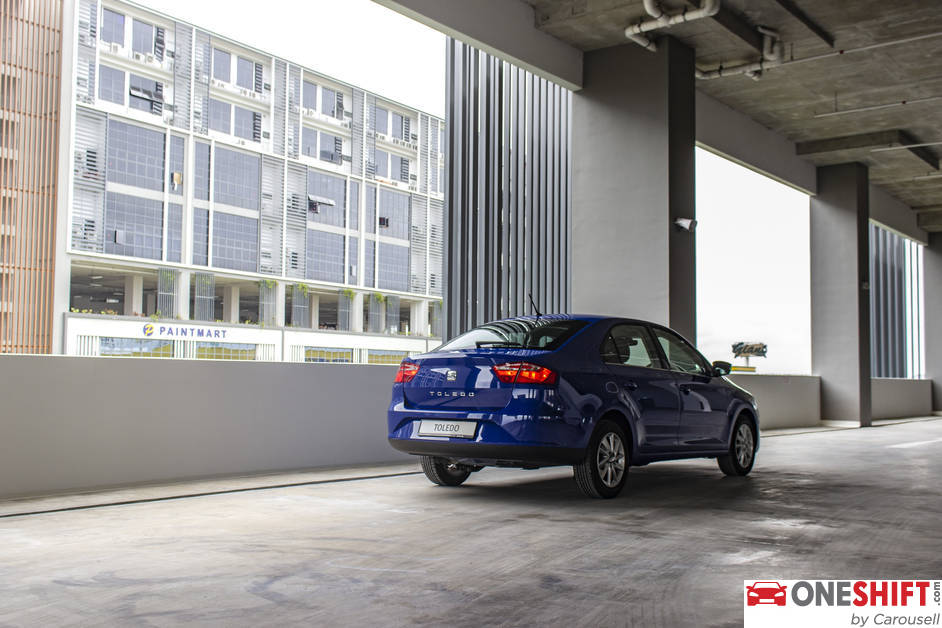 Even with loads of black plastics on the dash, there is quite a good deal of quality carried over from its more costly siblings. Fit and finish is actually better than some of the same class offerings. Switchgear like wiper stalks and knobs, are taken from the Volkswagen parts bin, which means that they click and turn smooth, and are robust. 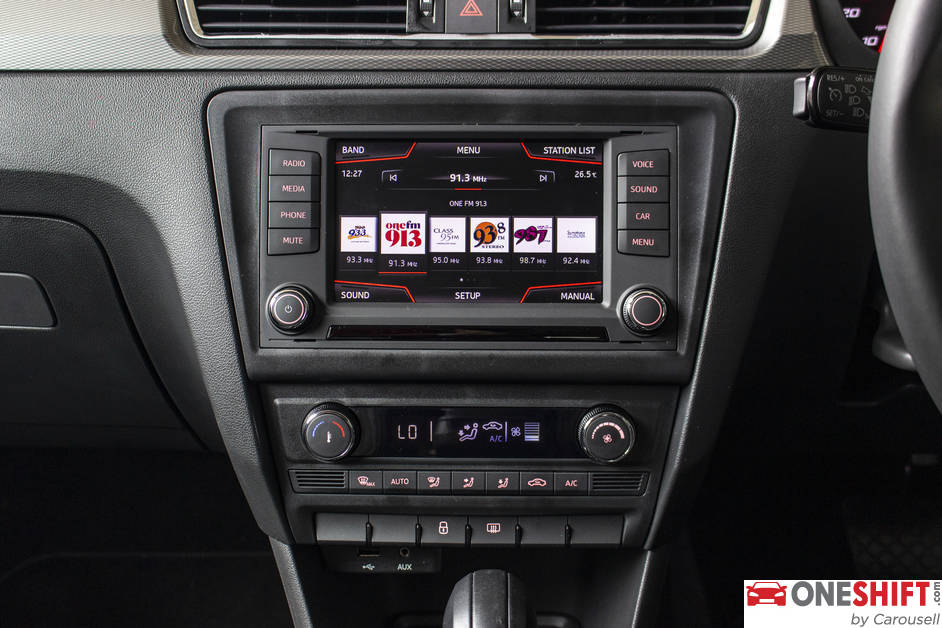 In the middle of the dash, a 6.5” colour touch screen which fronts the infotainment system, offers SD Card, USB, Bluetooth, AUX-in & iPod Connection. We do like how the infotainment unit on the SEAT incorporates the car’s settings, as compared to its Asian counterparts, which would tend to feature stand-alone ones. 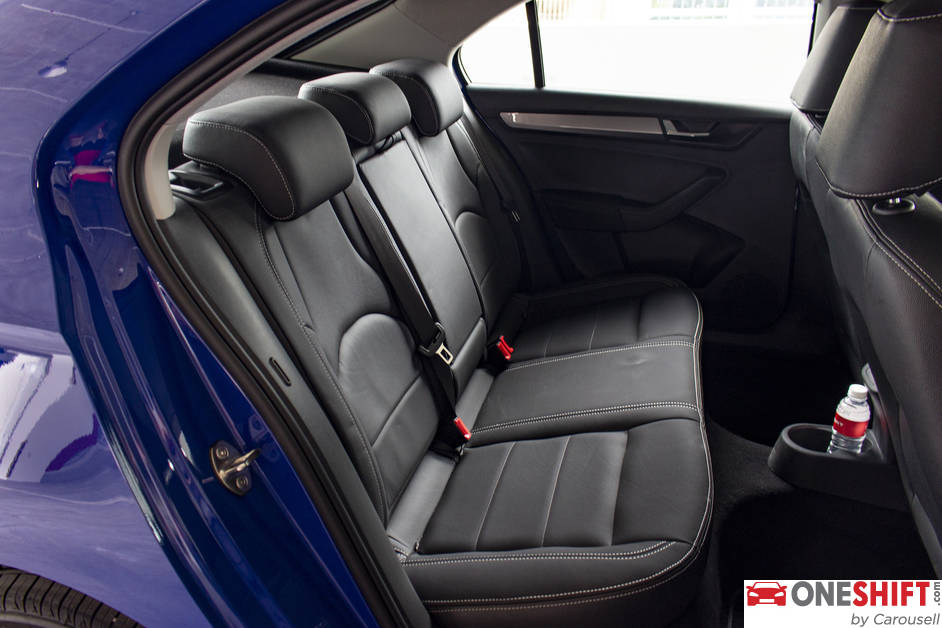 The Toledo seats four in decent comfort, though a third passenger at the rear would find it a little bit of a squeeze. While the seat cushions may be lined with fabric, instead of the now-common leather-PVC combo, we like how well they are stitched together. 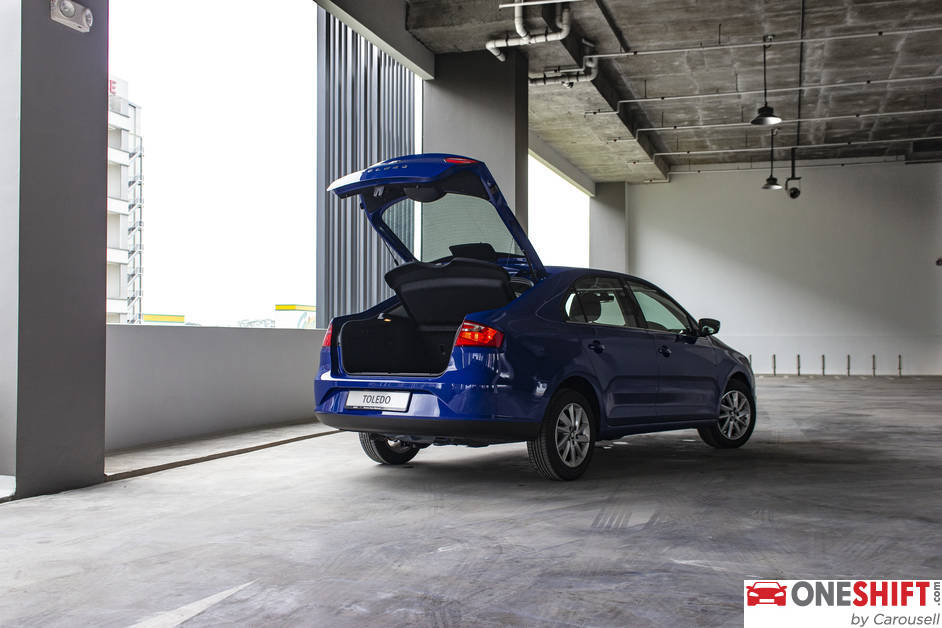 The SEAT Toledo’s boot utilises a more uncommon liftback style lid, which has its pros and cons. While loading and unloading may be much easier with the larger boot aperture, some may find it cumbersome under the confines of low ceilings. The loading area is flat, offering 550 litres, and the rear seats fold in 60:40 fashion, although they do leave a bit of a bump between the boot and passenger cabin. 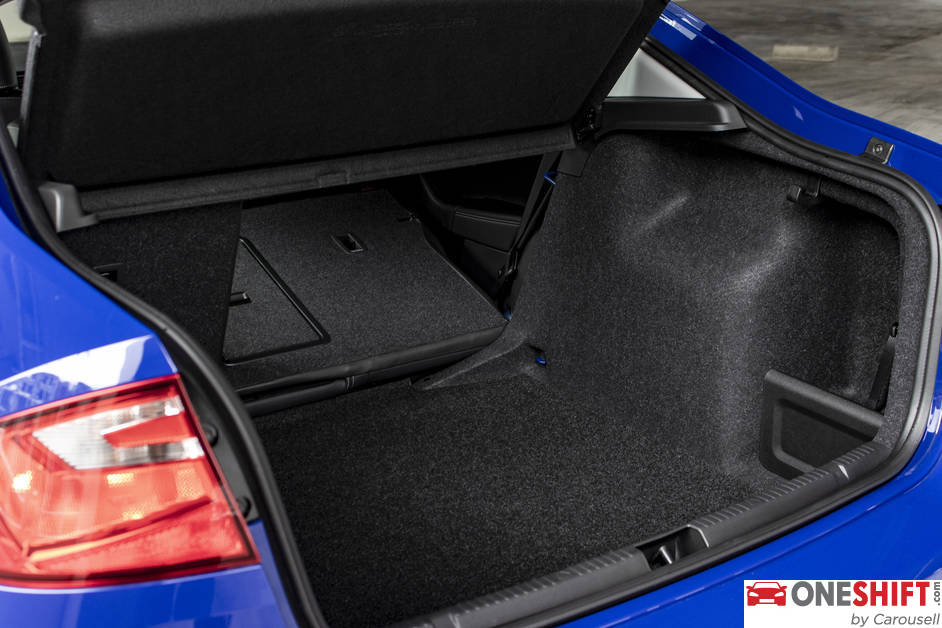 The previous oil burner makes way for a more civilised 1.4 litre turbocharged petrol engine, mated to 7-speed Dual Clutch Automatic (DSG) transmission; the same one found in the 1.4 litre Volkswagen Golf, delivering 123hp and 200Nm from 1,400-4,000rpm (an improved spread compared to the diesel). Acceleration to 100km/h stands at a decent 9 seconds, and fuel economy is very impressive at 20.4km/l. With a steering wheel which feels like it belongs in a more expensive vehicle, you could almost be fooled every now-and-then, that you are driving something a little more upmarket. 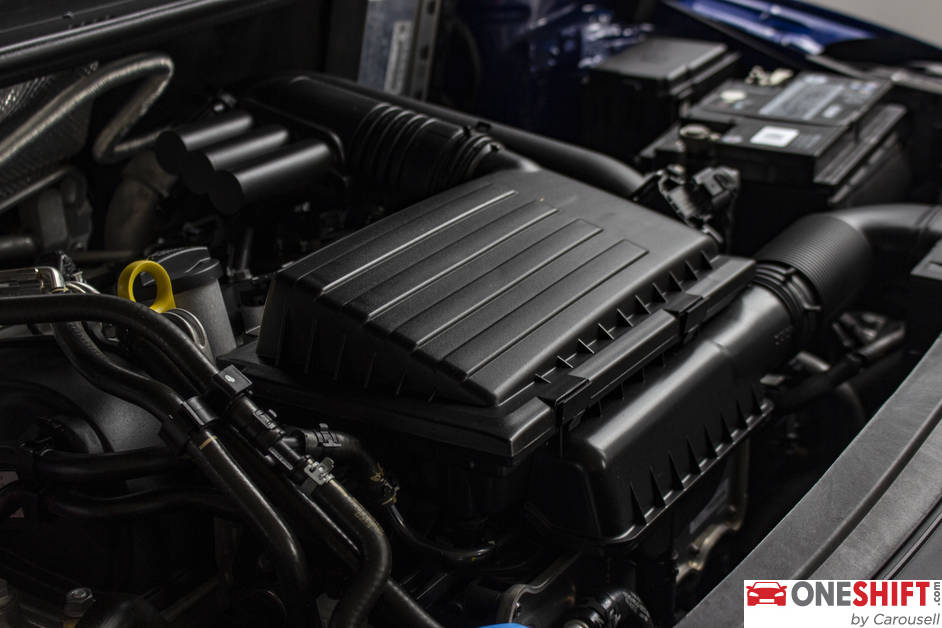 With the Toledo being an entry-level car, rims and tyres are kept simple, though skinny by today’s standards, 185/60 R15, they are actually sufficient. 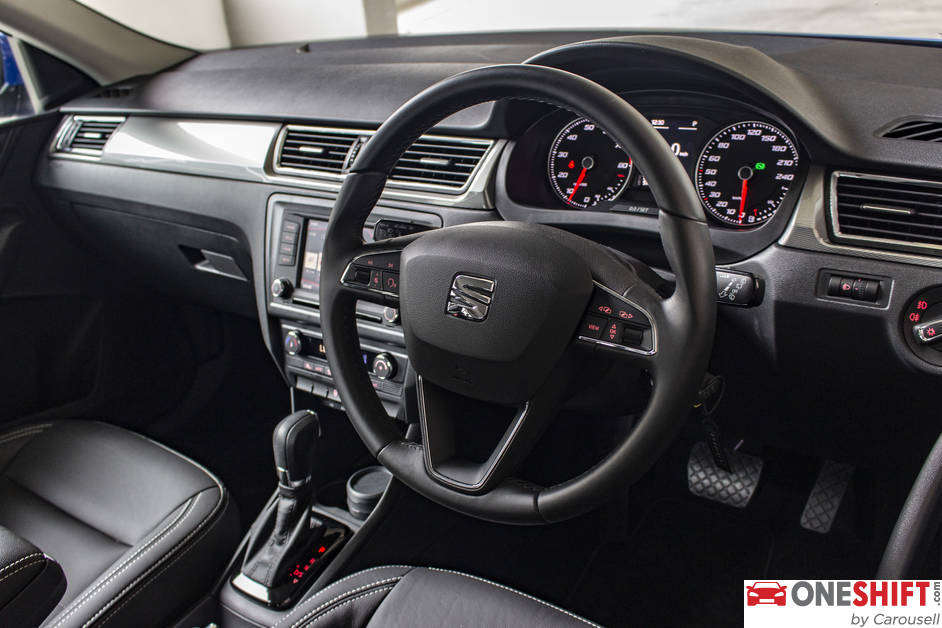 Up in-front, a McPherson strut suspension takes care of the bumps, while at the rear, a cost-effective Semi Rigid Axle does the job. While the Toledo would not win any awards for its handling, it is rather pleasant to drive, with the suspension doing an overall good job of taming bumps on the road. The rear end however does on occasion feel unsettled on rough patches.

Yes, there is no LED lighting on this car, and headlamps are also non-automatic, though it does have turning lamps. However… there are certain features which you might not even see in vehicles within its class (perhaps 10 years ago, this would have been how an average car would have been equipped). Equipment like Mechanical Brake Assist (MBA) with Hydraulic Brake Assist (HBA) which increases braking pressure during an emergency. Six airbags and Tiredness Recognition System which detects driver fatigue; are just some of the contributing features which has helped the Toledo earn a 5-star EURO NCAP Rating. 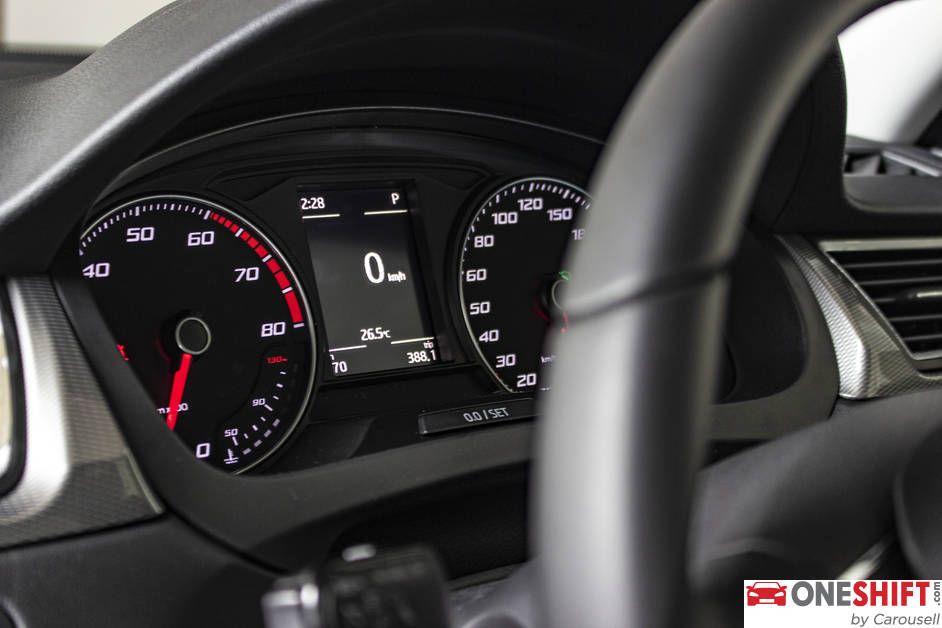