Share
It became quite clear early on that each of the cars here are deserving winners in their own right.

After dozens more hours of testing and deliberating, the jury have come to a decision on the OneShift Car Of The Year 2022. 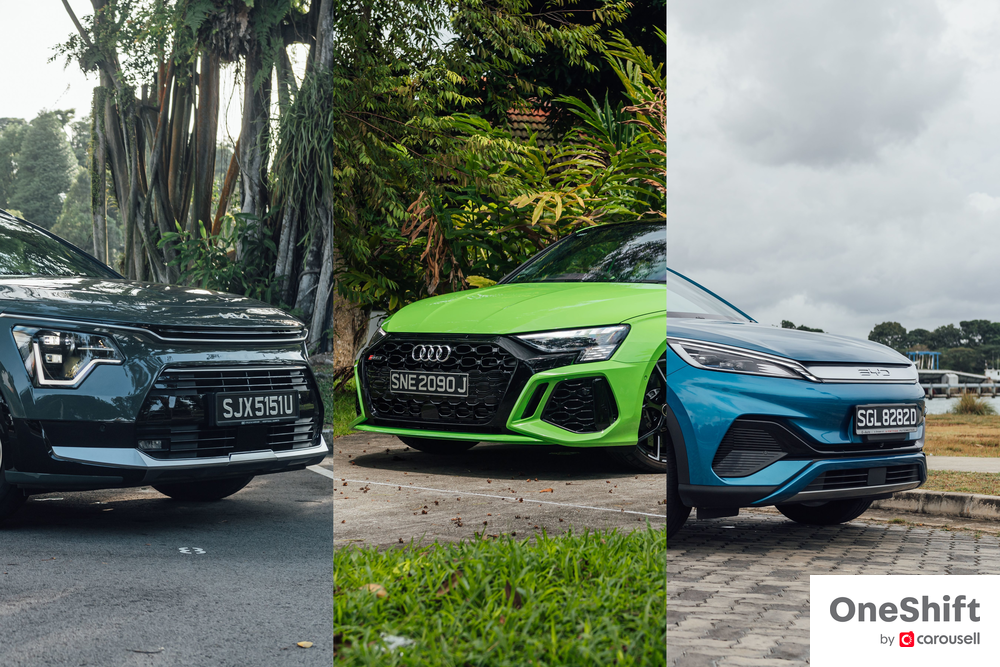 To recap, the contenders are the Audi RS 3, the Kia Niro Hybrid and the BYD Atto 3, each a winner of Best ICE Car 2022, Best Hybrid Car 2022 and Best Electric Car 2022 respectively. Every judge had the opportunity to test drive each one of these cars thoroughly to form their independent assessment. Then, we all came together and huddled to find a winner. 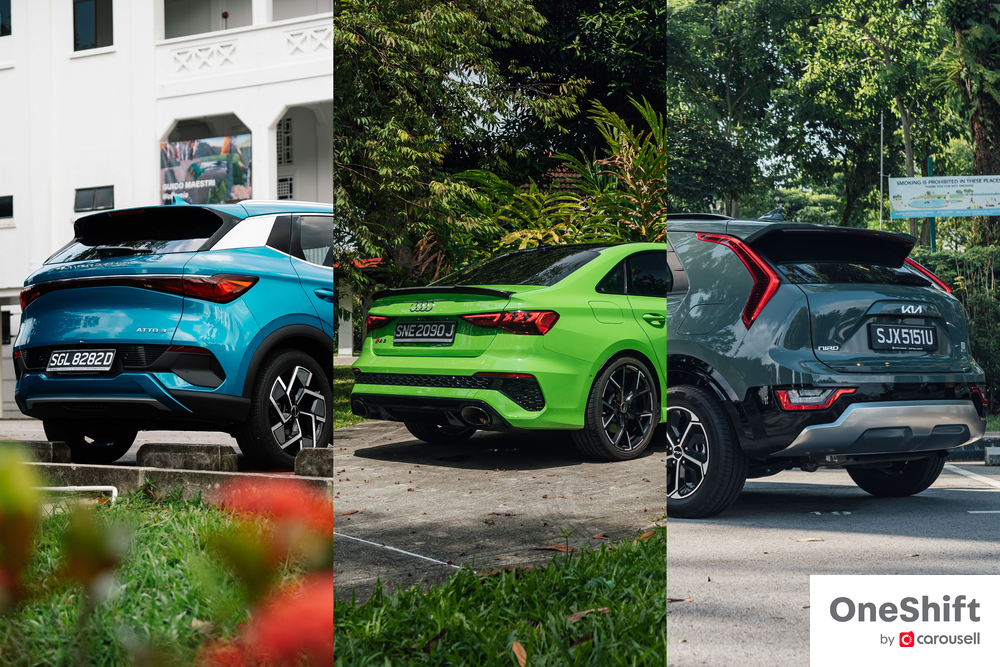 It became quite clear early on that each of the cars here are deserving winners in their own right. 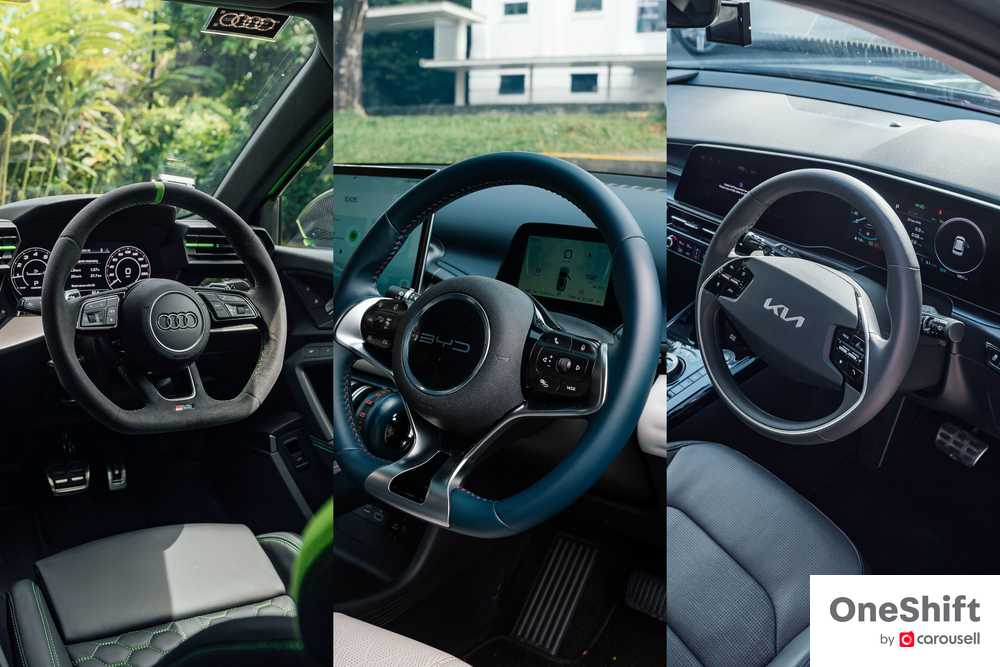 The Niro Hybrid felt like a car that had all of its ducks in a row - it just scored very well on every possible measure, a truly polished product that deserved to bask in its glory, even though it may appear unassuming. James said: “The Niro Hybrid is extremely good at what it does and carries it out to perfection. It has a pleasingly smooth engine and dual-clutch gearbox, surprising poke and delightful features that make it stand out.” Joel agreed, adding: “It is an excellent choice for any 1-car family in Singapore.” However, Ronald noted that the car’s seats aren’t very comfortable, while its insulation could be better. All things considered, the Niro Hybrid was the first car that we agreed missed out as an overall winner due to these niggles, despite it being an excellent option nonetheless. 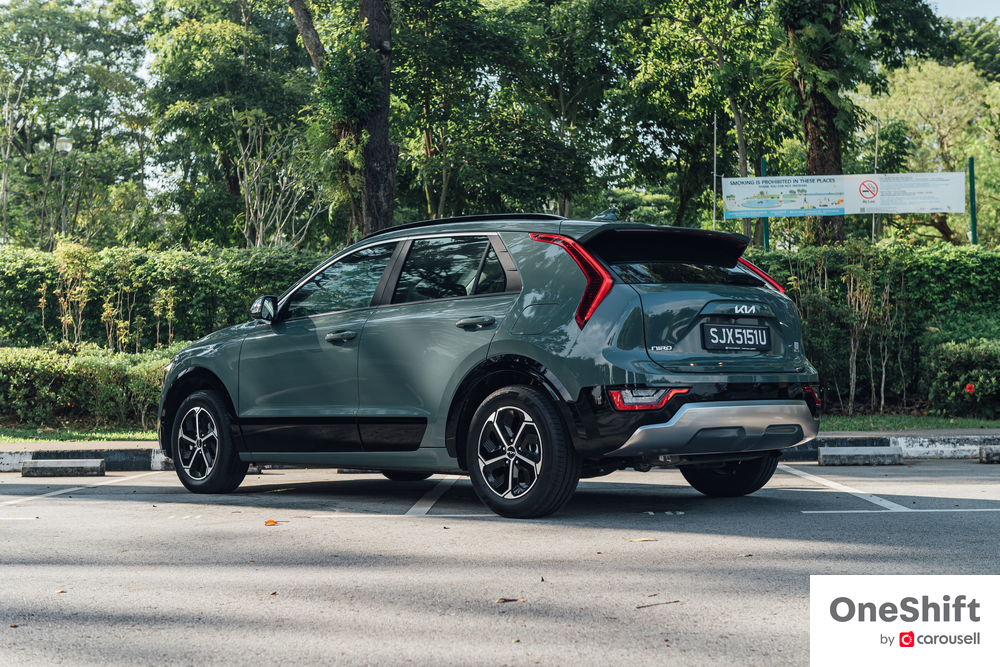 Next, the RS 3 impressed with its masterful blend of daily drivability and extreme sportiness, a car that really stood out for how much it has progressed. Joel calls it the “swiss army knife of sport compacts”, while Ronald praised the 5-cylinder engine that “stirs the emotions of any car enthusiast with its unique offbeat soundtrack”. James summed it up as such: “The RS Torque Splitter was the missing piece in the RS 3 jigsaw puzzle - and now the RS 3 is one of the most complete four door compact sports cars today”. The chink in its armour? Both Ronald and Joel found the RS 3’s steering a tad too assisted, removing some granular feel that the best out there can provide. The RS 3 misses out on the top award by just a whisker. 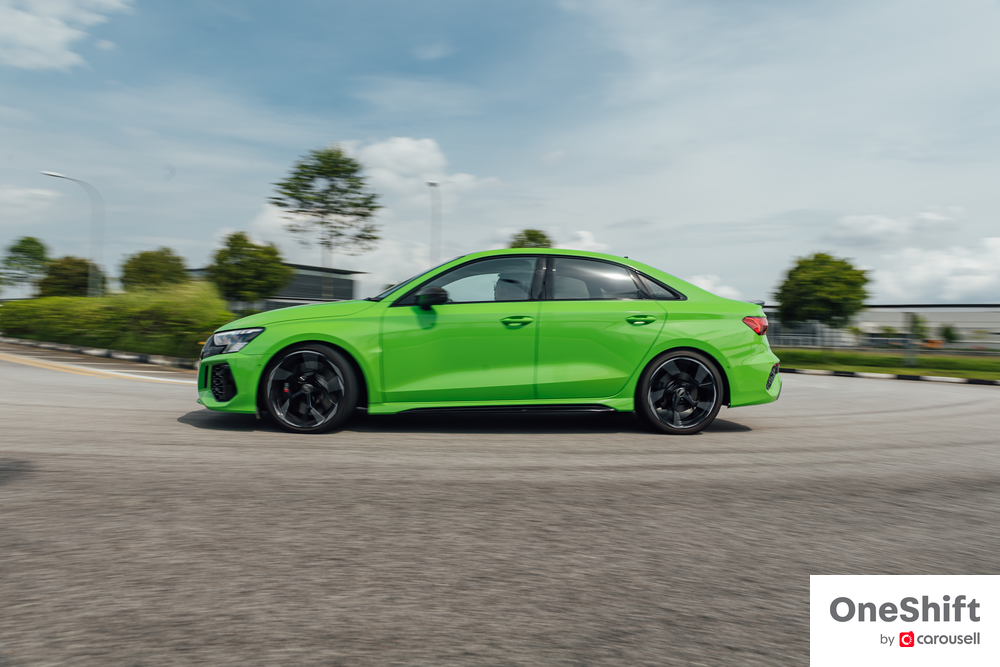 And so we arrive at the BYD Atto 3. It got all judges off their seats for its incredible refinement, build quality, drivetrain, efficiency and even design - all from just a nascent effort on BYD’s e-platform 3.0. 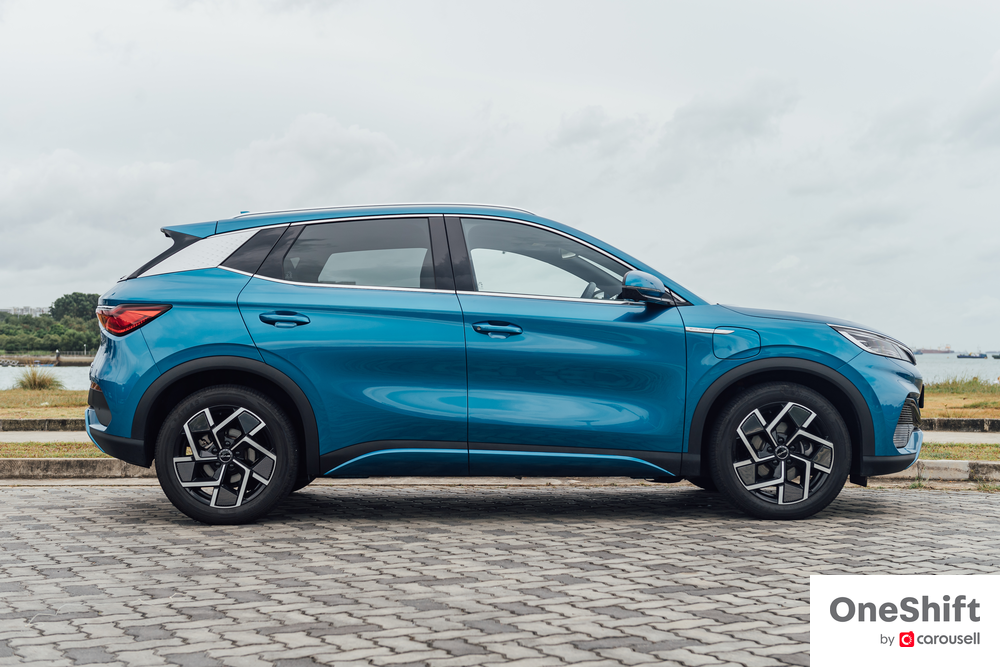 The standout for James was that the Atto 3 “feels original, innovative and fresh - finding its own identity and character.” Joel goes further to say the car is “the future of family cars” and that “at its price point, it seems to be in a class of its own.” For Ronald, the Atto 3 “surprised and impressed with its all-rounded package, building a quality vehicle that is solid, comfortable and has excellent battery range, raising the bar for other Continental and Asian marques to follow”. 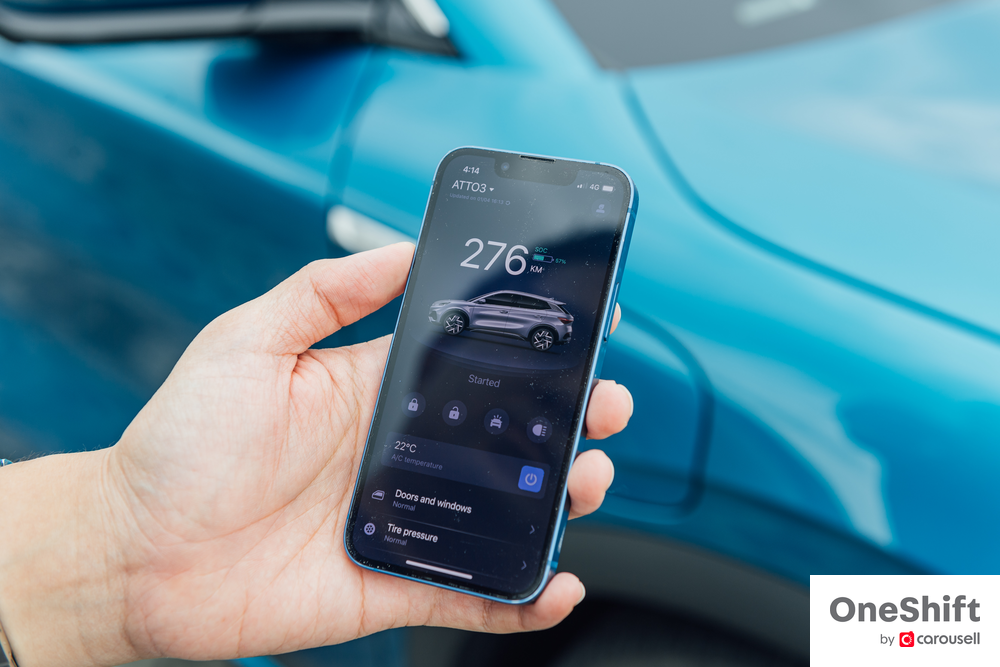 Best of all, BYD seems to be actively innovating and adding updates to the car with time, sweetening the package even further. Just this week, it announced the availability of the BYD App, which provides users with several remote services such as a remote lock and unlock, pre-cooling the cabin for those hot and sunny days, and flashing the headlights or honking the horn to locate the car. We expect further over-the-air upgrades to come, including Apple CarPlay/Android Auto connectivity. It’s the car that keeps on giving, it seems! 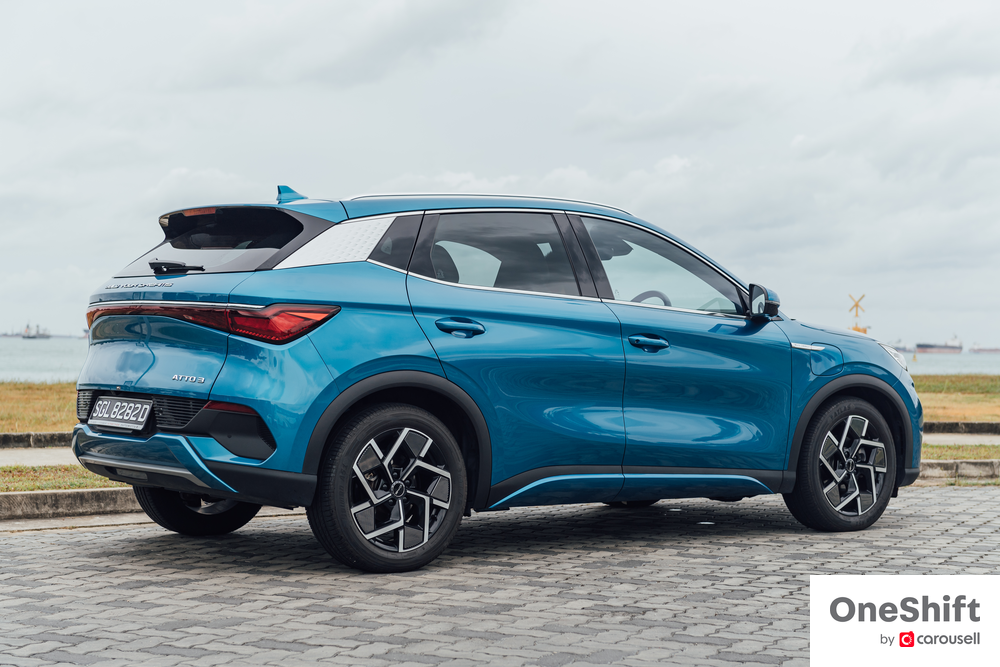 Thus, it is the BYD Atto3 that impressed the judges the most, offering very little to fault and the most to like - making it OneShift’s overall Car of the Year 2022. Hats off, BYD!

A summary of all OneShift Car Of The Year 2022 winners can be found here. The most anticipated highlight of the calendar has come, and this year we're introducing a new format.