The Kia EV6, which has received rave reviews abroad, has made its debut in Singapore this week at the Changi Experience Studio in Jewel. It’s the first car built on Kia’s Electric Global Modular Platform (E-GMP), a dedicated BEV chassis. 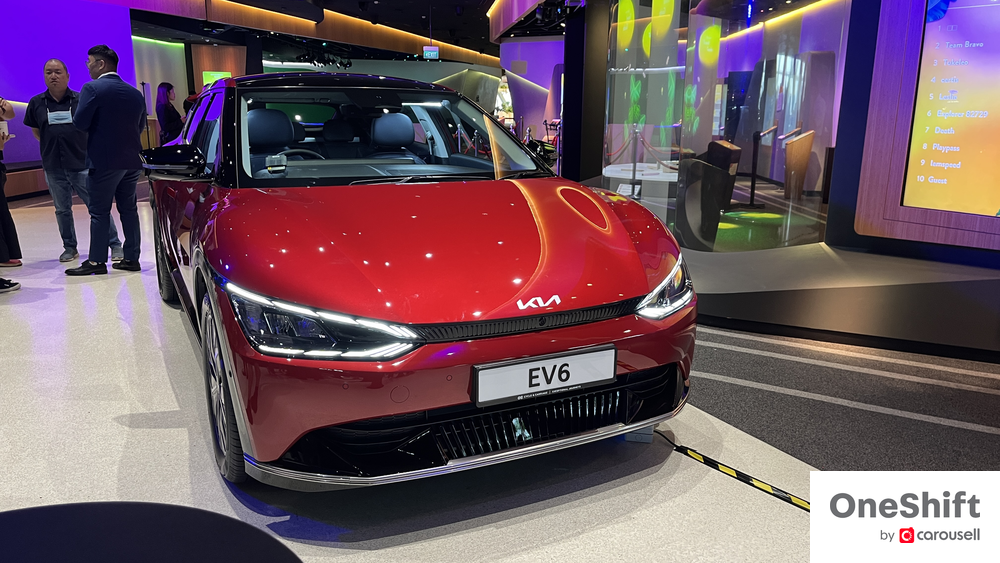 At press time, the rear-wheel drive standard range entry-level model “Standard” starts at S$250k, which is slightly more expensive than the Polestar 2 Standard Range Single Motor ($242k) and a fair bit more than the RWD Tesla Model 3 (S$229k). It’s pretty much the same story with the EV6 GT-line, a sports car rivalling BEV that is asking S$285k. With Tesla’s vertically integrated direct sales model, it still commands an edge in terms of pricing. 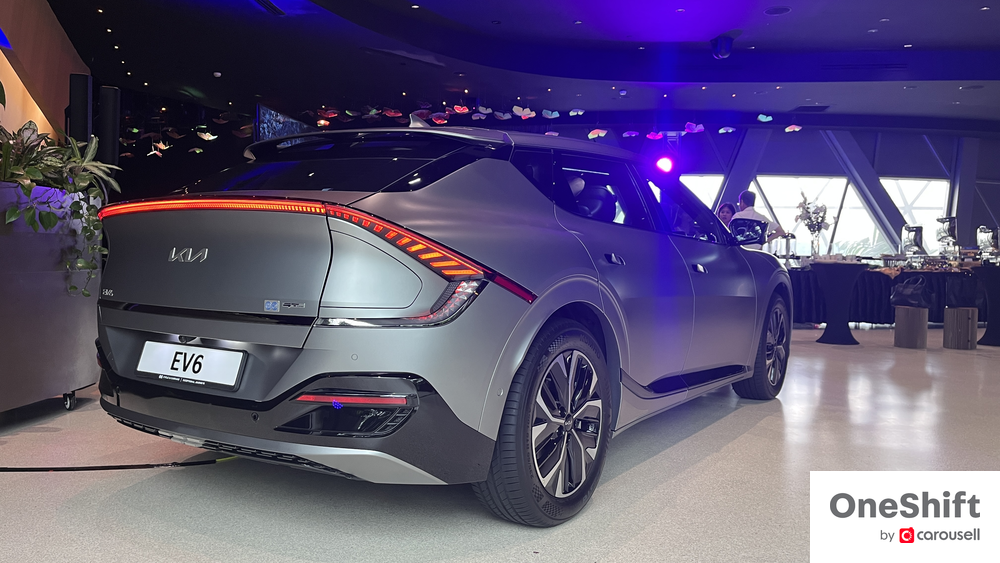 But would you just look at it? If the Polestar is an arctic hammer, the EV6 must be sculpted out from an art gallery. It’s a bit like a hatchback, but also like a jacked-up wagon. You could call it a crossover but that would be doing it a disservice. It really is in a category of its own and will surely turn heads. Some key eye-catching features include a cleverly hidden rear spoiler, Aston Martin DBX-like continuous rear lamps, flushed door handles. 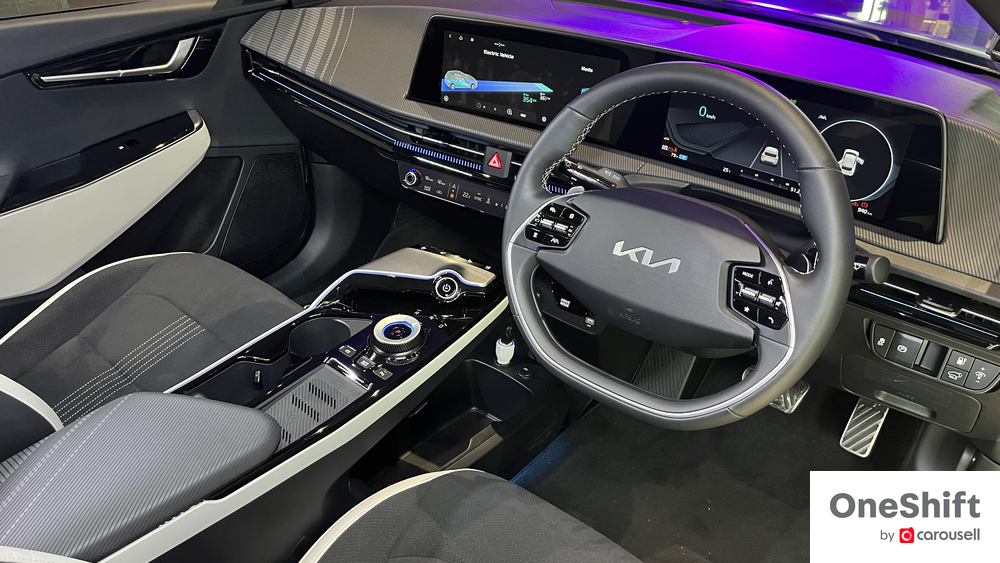 On the inside, the EV6 is attractively styled and especially familiar if you’ve been in the new Niro, the latter borrowing some elements from the EV6 including the touchscreen below the middle air-con vents. Material quality is on par for the brand but might fall a little short compared to its Nordic competitor. It’s all very well screwed together, though. Seats are set much lower than the related Hyundai Ioniq 5, and overall there is definitely less space, legroom and a smaller boot than its Korean cousin. It’s pretty obvious the EV6 appeals to a younger audience with its edgier looks. 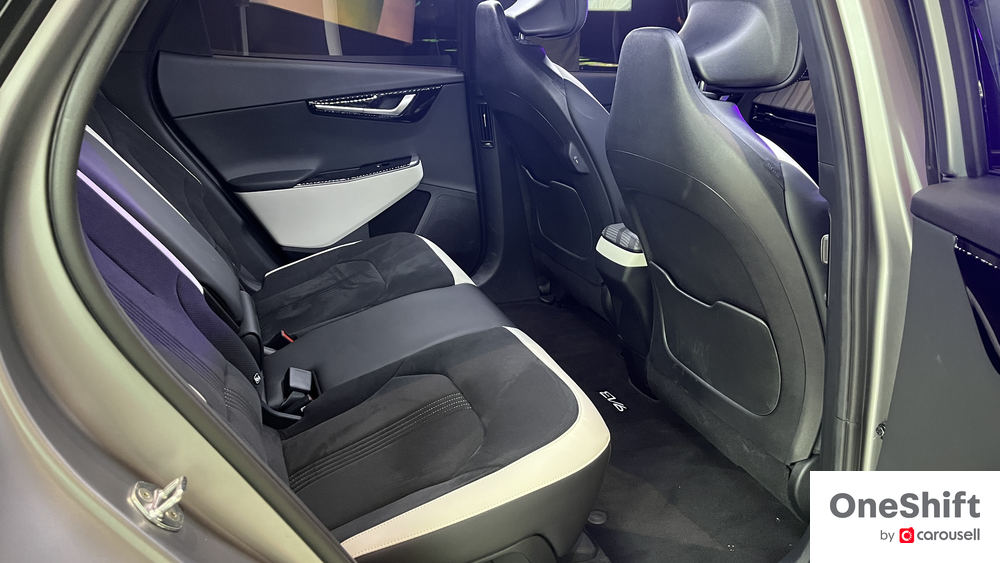 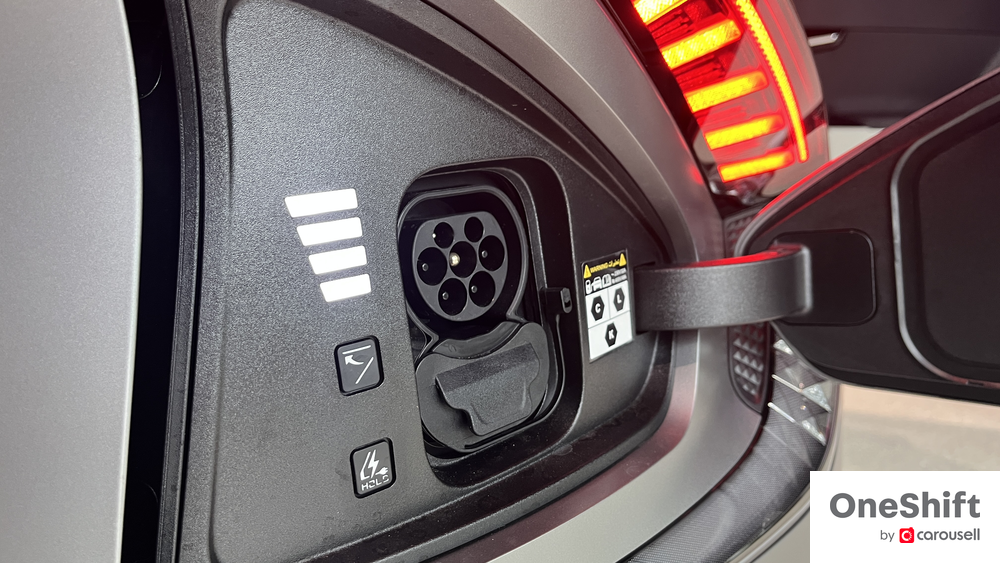 The GT-line model, despite having 320 PS / 605 Nm and a 0-100 km/h time of 5.2 seconds, has a longer range of 506 km thanks to its long range battery. Expect to pay disproportionately more road tax for the GT-line model though thanks to its dual motor setup. It will be interesting to see how the Standard model fares on the road with its sportier rear-wheel drive, single motor setup. Stay tuned to OneShift for our review!