Porsche Asia Pacific and Shell has announced the launch of the first Shell High Performance Charging (HPC) site in Bang Yai, Bangkok. This HPC site launch marks the start of the construction of a total of eleven 180 kW and 360 kW direct-current (DC) chargers at eleven Shell stations located throughout Thailand, enabling seamless emission-free travel within the country.

When the network is operationalised in H1 2023, the HPC network in Thailand will also plug in to a wider regional Shell HPC network of six locations in Malaysia and three locations in Singapore, making emission-free travel possible across a distance of more than 2,200 kilometres on all three South East Asian nations – more than 800,000 square kilometres of land mass. 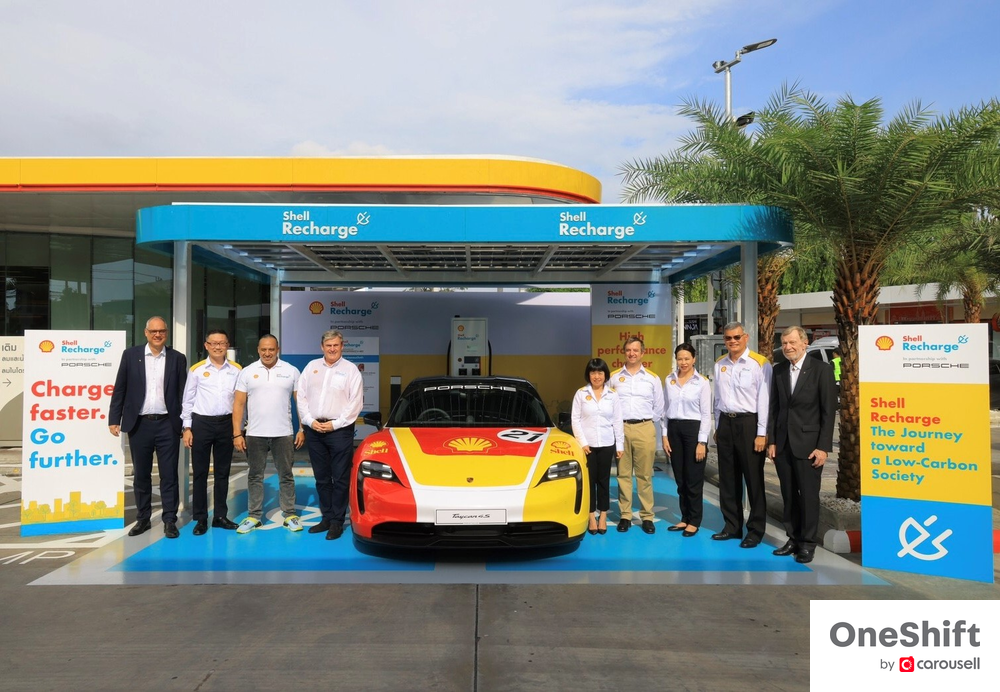 The joint initiative between Porsche Asia Pacific and Shell will then become the longest emission-free driving route in South East Asia, enabling long-distance travel for all electric vehicle owners.

Through this partnership, eleven Shell stations in Thailand will be outfitted with 180 kW and 360 kW DC chargers, offering the fastest charging capacity in the country and allowing for emission-free travel from the southern province of Songkhla, to the northern province of Chiang Mai.

At 180 kW charging speeds, a Porsche Taycan can go from a 0% State of Charge (SoC) to 80% in around 30 minutes, providing up to 390 km (WLTP) of driving range. At 270 kW, the maximum rate at which the Taycan can be charged, this figure is reduced to just over 22 minutes. 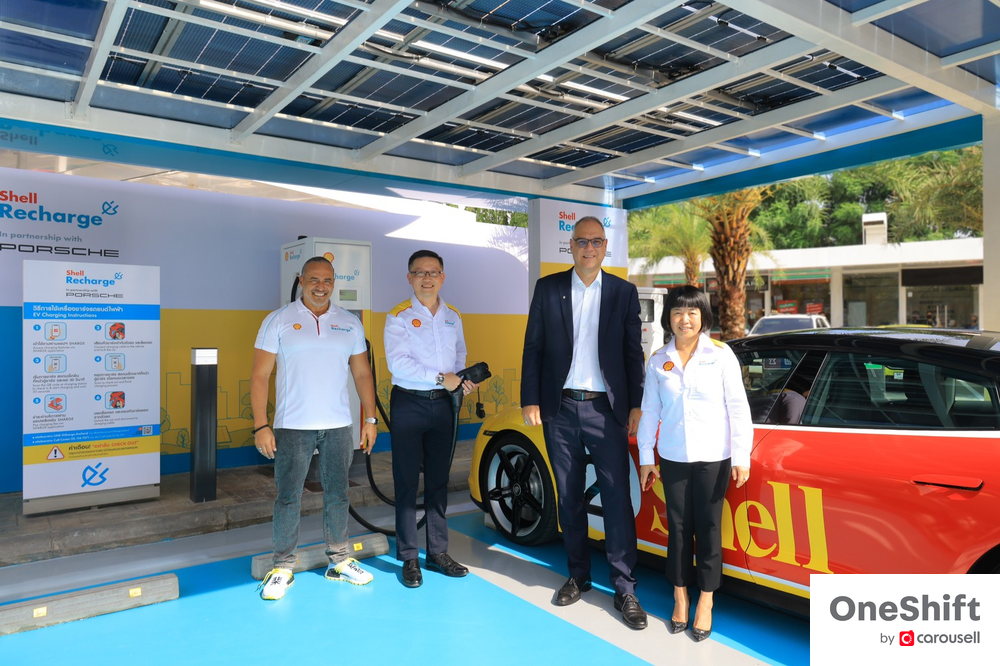 New Taycan owners in Thailand will receive complimentary Platinum membership for three years; during this time, they enjoy a host of benefits, including 50% off the Pay-Per-Use (PPU) rate, complimentary pre-reservation up to one hour before arriving at any Shell HPC site, and 10,000 Shell GO+ points for redeeming discounts on Shell products and services.

In Thailand and Malaysia, users of the Sharge and ParkEasy apps will be integrated to allow access to the entire network of Shell HPC and Porsche Destination Charging sites in both countries.

All electric vehicle owners in Singapore, Malaysia and Thailand will also be able to use the Shell HPC Network via a PPU rate, or subscribe to a membership plan according to preferential rates.