Kia Niro Hybrid SX Review: Taking it up a notch with the Niro The Koreans have come an extremely long way in the field of car manufacturing. From once being the afterthought as a purchase choice to becoming class leaders in electric-hybrids and innovative and bold designs is no mean feat. Some say that Korean car brands have even overtaken the Japanese in the desirability department, when it comes to blue-collared family runabouts. 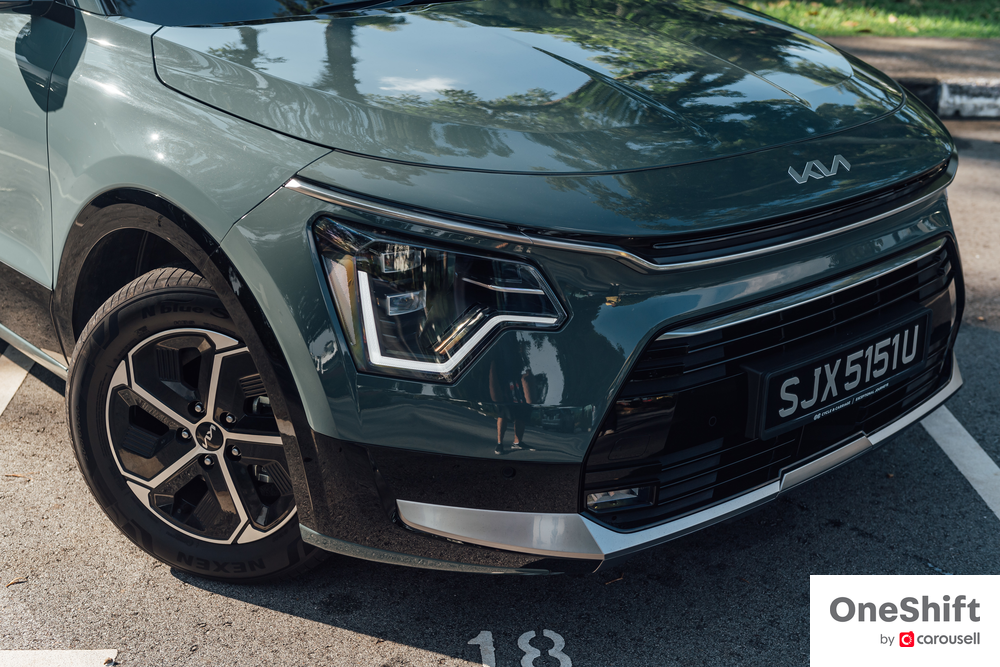 As much as we should remain factual and neutral when assessing any new launch, I have to share that it was rather challenging to not be swayed by the new Kira Niro Hybrid, especially by its looks. 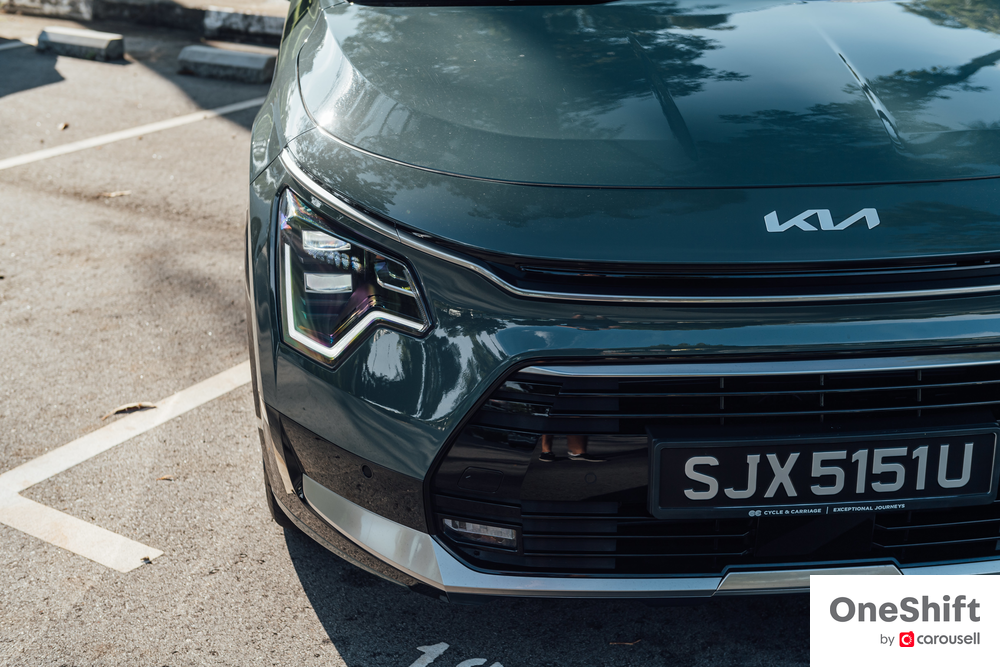 The second generation Niro scores top marks for first impressions. The previous generation’s tiger nose grille has somewhat evolved into more of a “tiger face” if you may. It now appears wider and gives the impression of a futuristic and almost EV-like, space-age design. 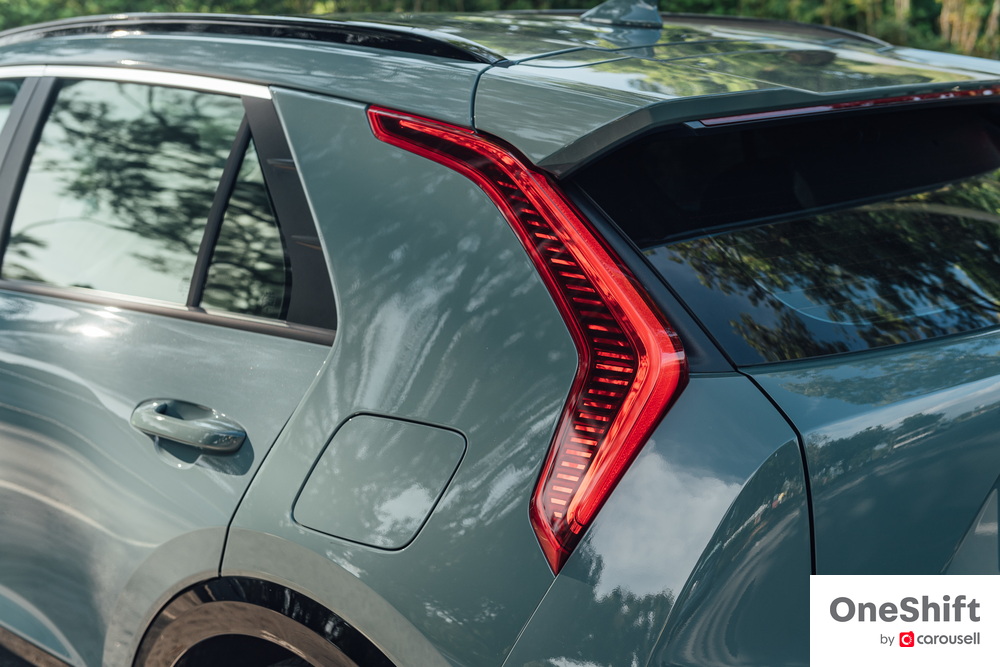 I like the matte chrome strip that runs across its bonnet line as it reminds me of how slick Cyclops looked with his narrow visor glasses (up for debate, but in my opinion one of the coolest superheroes in the X-Men series). Combined with its unique triangular front LED clusters, the Kia Niro Hybrid has great presence on the road. It is sleek and yet sporty, traits that help liven up this crossover SUV that would otherwise be often used for more mundane tasks that everyday life presents you and I. 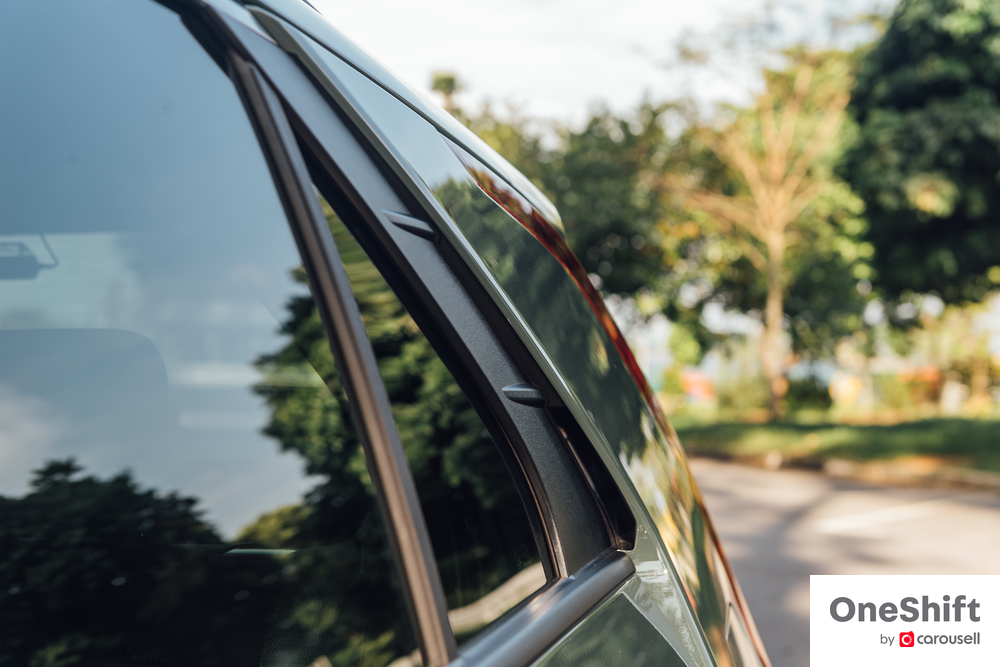 The best view, I think, is from its rear 3-quarters. Its boomerang-shaped rear LED cluster blends into the angles of the rear hatch, and caps off a uniquely placed vent that reduces air turbulence at the rear, creating a clean and seamless look.

Coupled with its metallic black bumpers that houses brushed aluminium accents, the Niro exudes a premium feel reminiscent of estate cars from the continental brands, which are more often than not, at least 1.5-2 times the price. 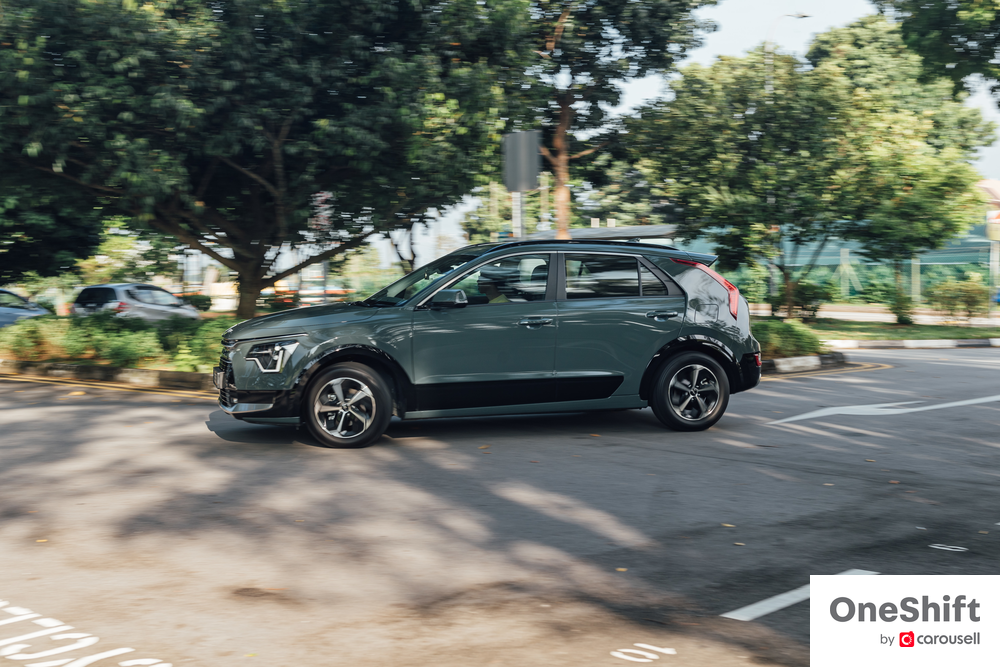 But is the Niro all show and no go? Very, very far from it. If you thought we had already reached the peak of hybrid technology in the existing market of hybrid cars, the Niro manages to turn it up a notch. 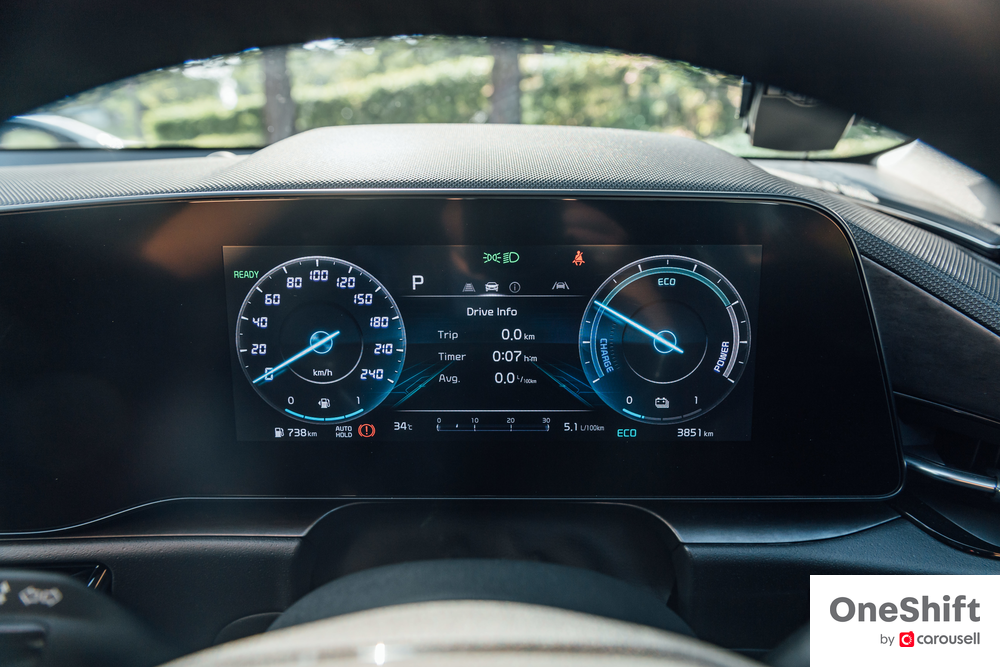 I’d put it as 3 key ingredients in the Niro's secret sauce that make its drivetrain such a compelling proposition. Firstly, just when you thought that the Japanese had mastered the technology involved in the smooth transition between electric and petrol power, being uber seamless, the Niro manages to go further. 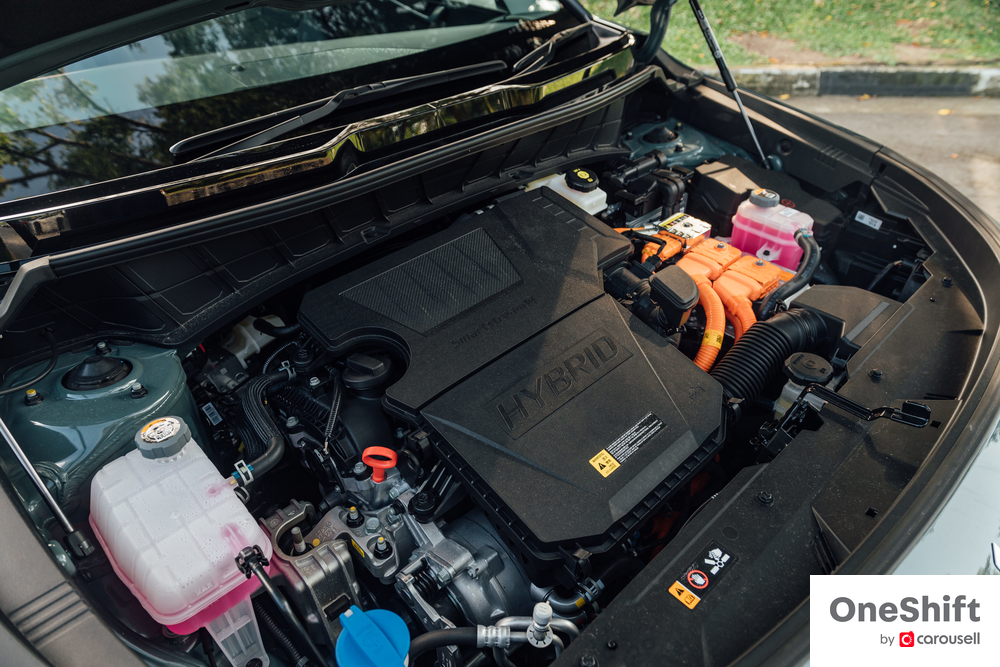 Secondly, not only has electrification given its 1.6-litre, 130 bhp Smartstream engine a little boost, it also propels the Niro in reverse drive. Yes, that’s right, the Niro Hybrid manages to shed some kilos by doing away with a traditional reverse gear. 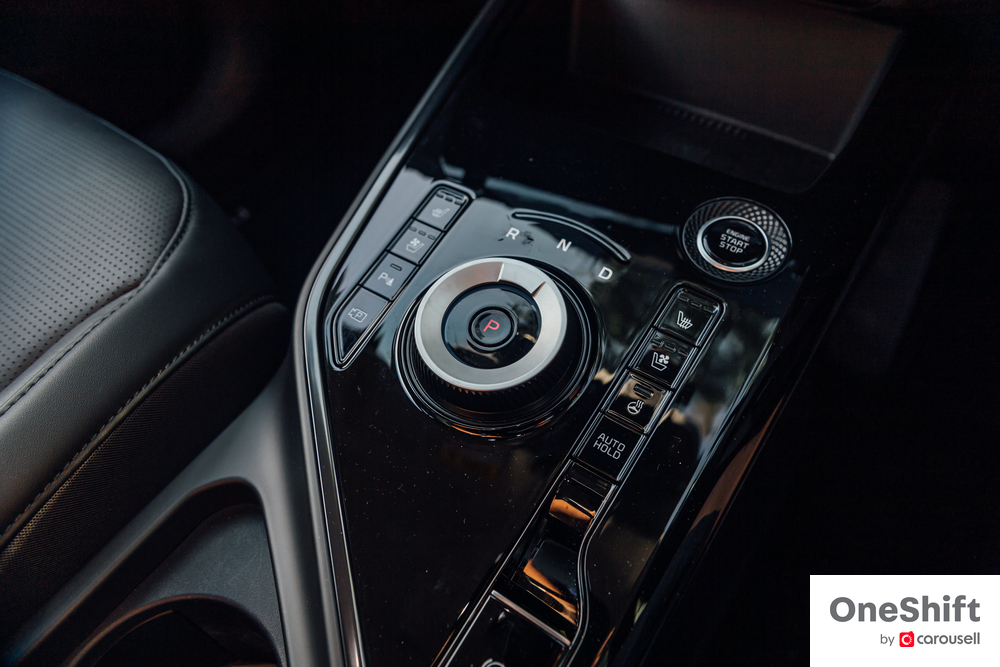 And thirdly, is the Niro Hybrid’s gearbox. Continuing the successes from the previous generation, the Niro Hybrid’s 6-speed dual clutch gearbox provides for responsive off-the-line action and urgent mid-range acceleration – useful for the city traffic we commonly face. 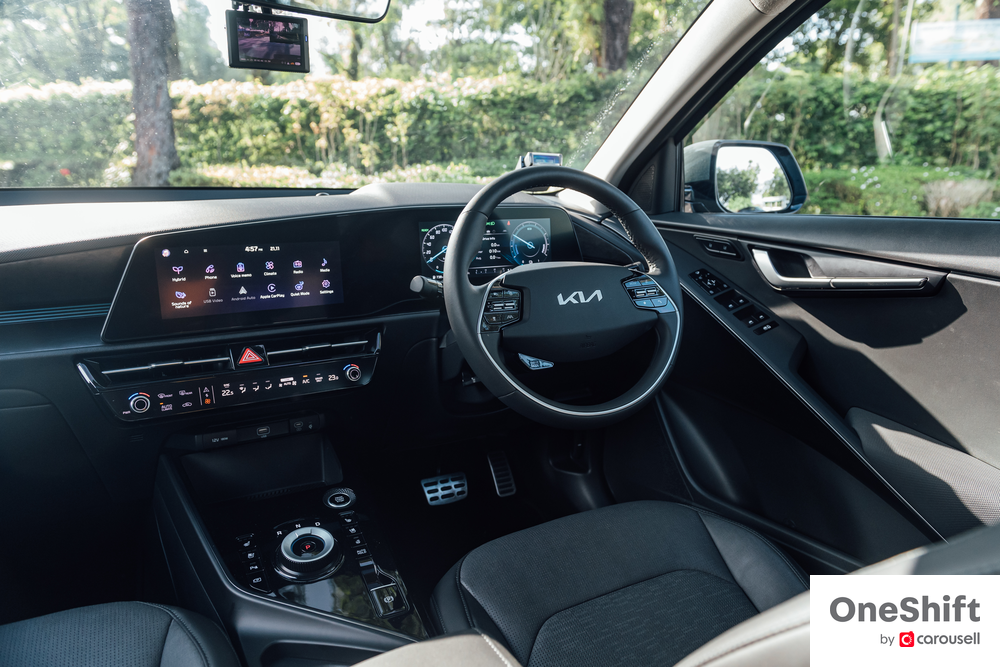 The result is a perky and surprisingly quick drive as opposed to what the numbers may suggest. You sit pretty high whilst you potter around town, and grasping its nicely weighted steering as you turn in, the Niro feels confidence-inspiring and yet provides a sense of safety.

I wouldn’t call the Niro pin-point sharp owing to its comfort-bias set up, but it is accurate and feels reassuringly good in hand. 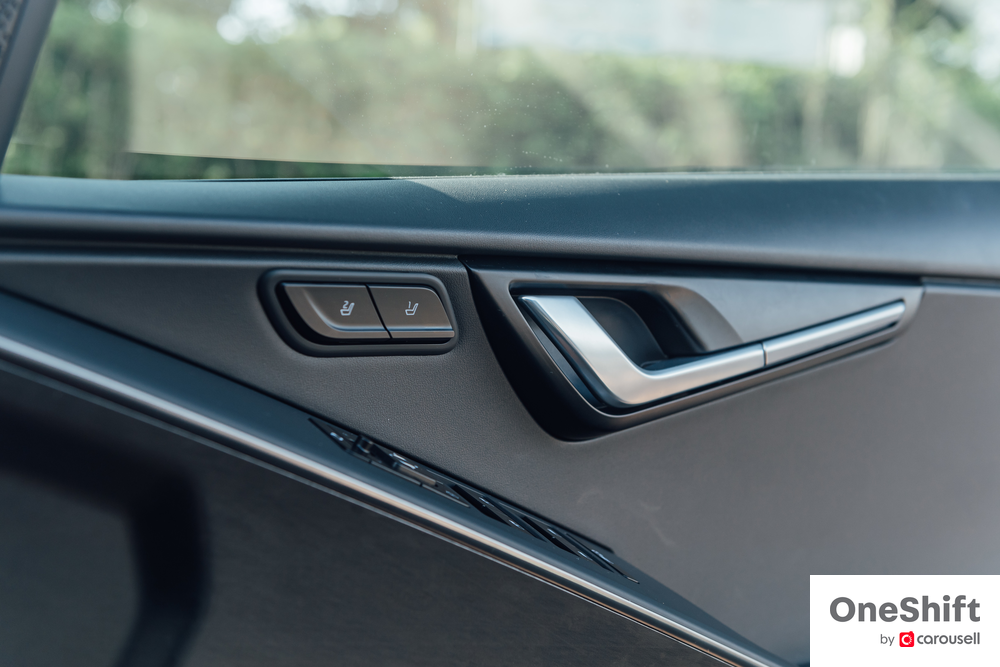 What else that feels nice to the touch is the Niro’s interior, which has a good mix of soft touch and leather wrapped surfaces. I certainly hope that some of its surfaces will be able to stand up to the harshness of our humid climate, but I otherwise think it has only been huge leaps forward for Kia with every model iteration that comes through. 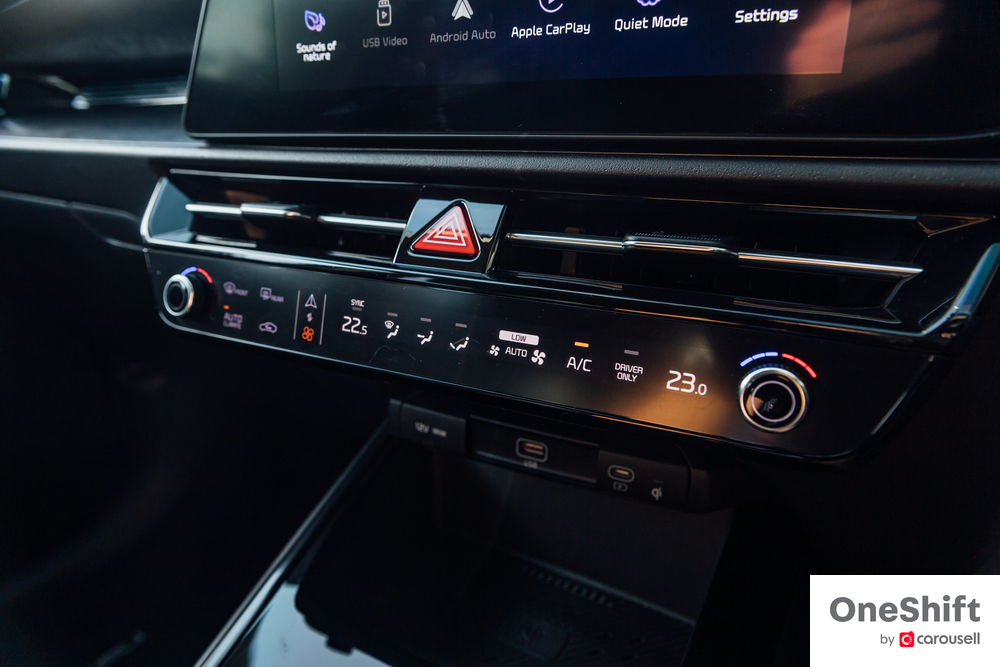 Its buttons, knobs and switches feel tightly put together, and give a sense of lasting quality. Being the higher grade SX model, our test car came with a slightly more premium touch with air-conditioned seats, drive-by-wire gear shift through its rotary gear knob, safe exit assist (which automatically moves the drivers’ seat to increase ease of getting in and out of the car) as some of the more stand-out features. 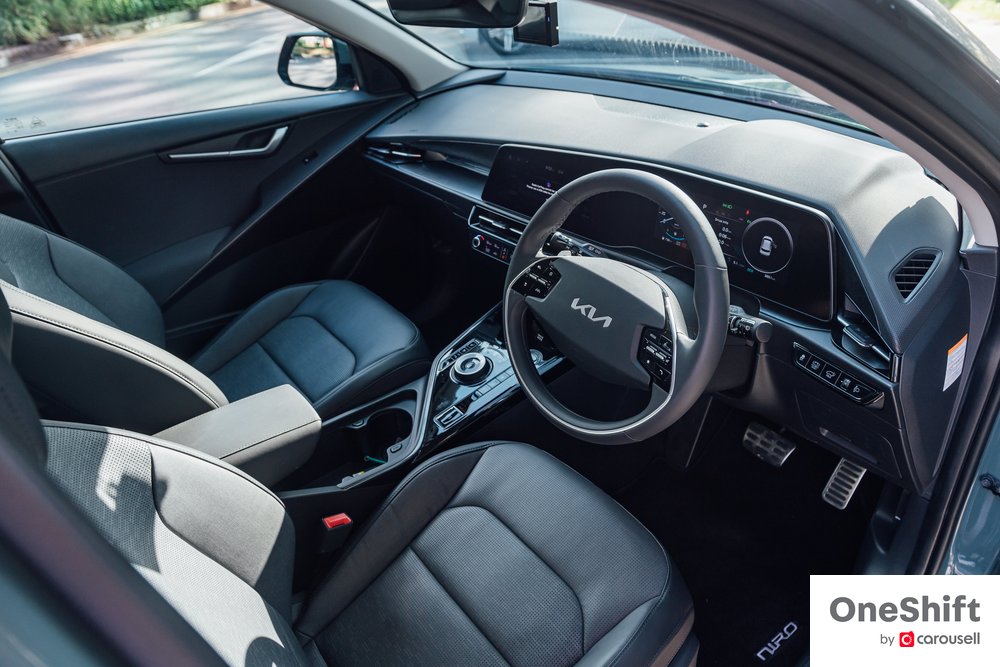 As you sit against the Niro’s vegan-leather seats (which come from eucalyptus trees by the way), you are greeted by the Kia EV6-inspired 2-spoke steering wheel. Coupled with its curved 10.25-inch touch-sensitive display and uniquely designed central control panel, which can toggle not just between climate and infotainment controls but also the function of the 2 rotary dials, the Niro’s cabin exudes a sense of futurism and sustainability. 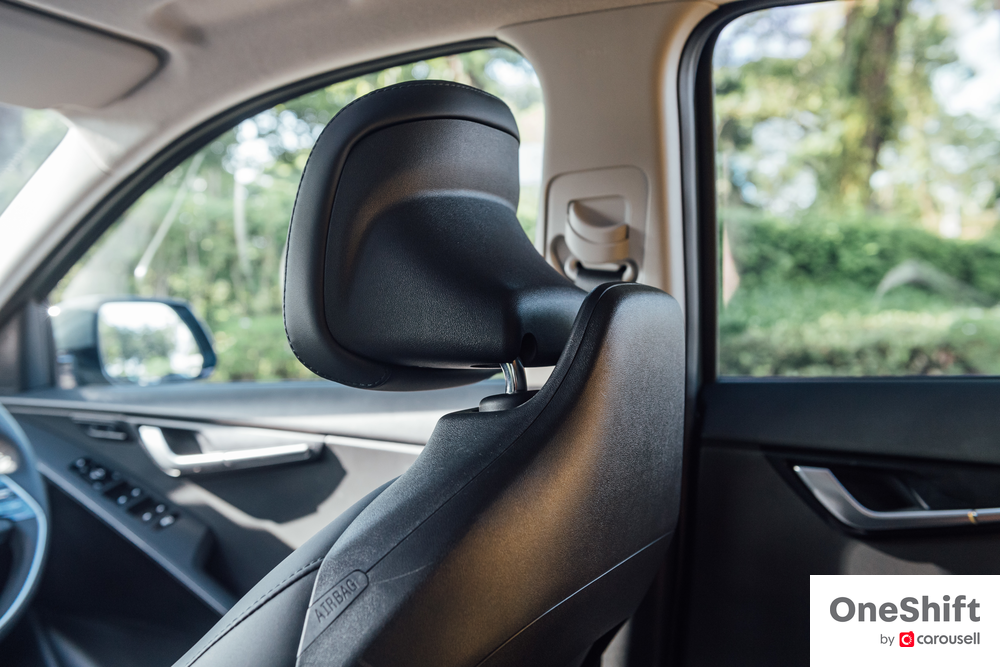 Having driven the Niro Hybrid through a mix of urban and highway miles, we can attest to that sustainability factor that the hybrid drivetrain offers. Although we only managed to clock a combined consumption figure of 4.5 litres per 100km, our very unscientific test came close to the claimed 4 litre per 100km figure. And mind you, this included quite a bit of idle time for our photo and video shoots. 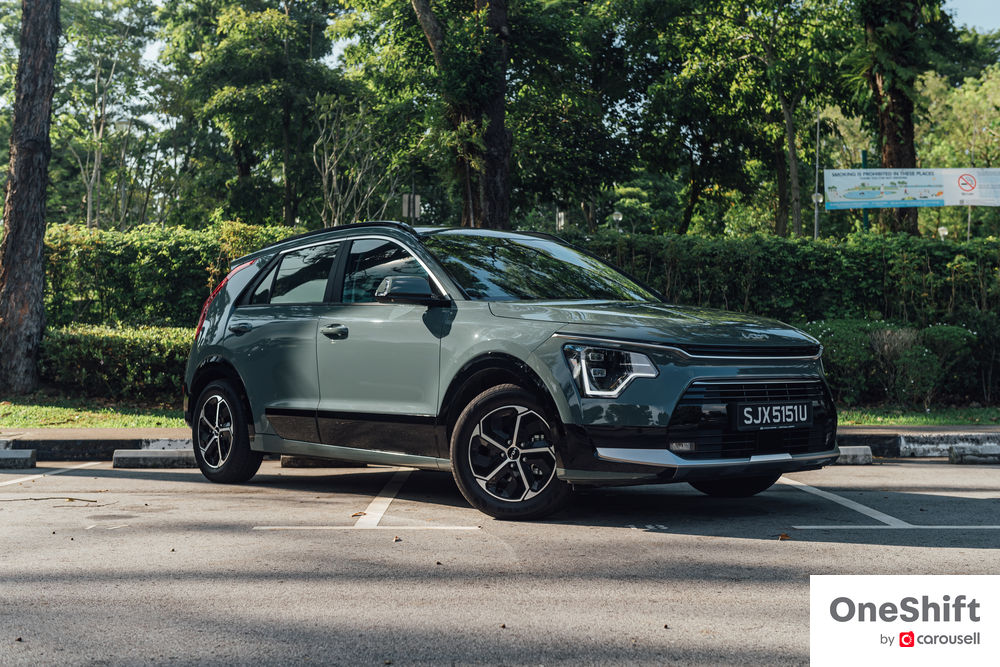 It is quite a shame that the Niro Hybrid had to debut at this inopportune phase of the “COE cycle”. Else, being the stylish, practical, well-built, fine handling and economical family runabout it is, the Niro Hybrid would have been an excellent and future-ready choice for any 1-car family.