The second generation Clubman when launched, was more practical in terms of size, and yes… it came with two proper opening rear doors. I had the good opportunity to take the Clubman around some highland roads, and enjoyed the view of sublime beaches a few years ago. It delivered what it said on the box… go-kart like handling. Share
There is even that temptation for you to even take a longer route to your destination, just so that you can hunt for a few good corners to tackle along the way.
What we like:
Impressive handling makes you crave for corners. Timeless styling. Sharp transmission. Practical.
What we dislike:
Where did the pops and bangs go? Fixed suspension not as good as the adaptive one.

Nothing is quirkier within the MINI range than the Clubman. The first generation model, which was then the most practical car in MINI’s lineup, already carried over the original British Leyland model’s swing-open rear barn doors. 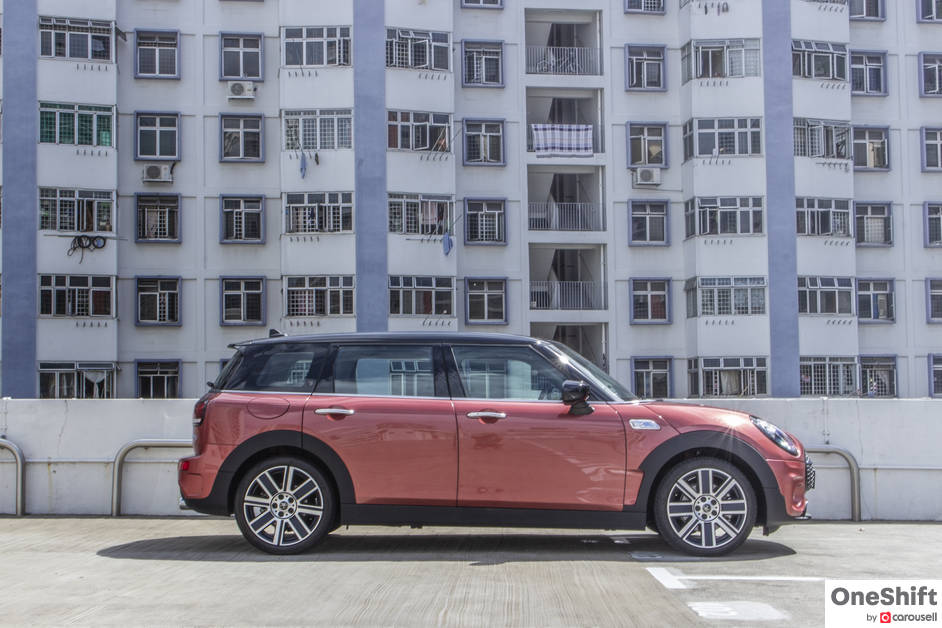 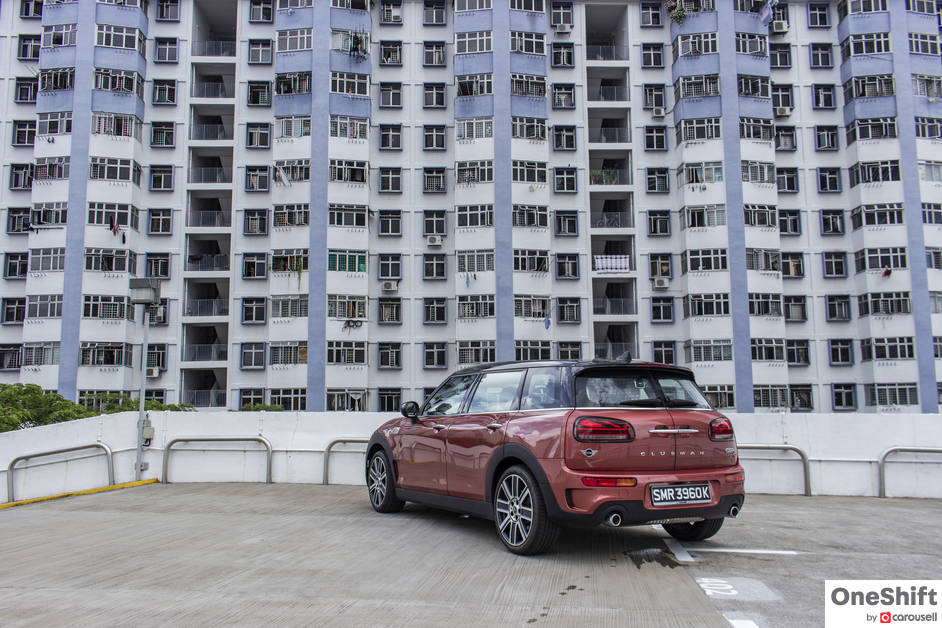 The second generation Clubman when launched, was more practical in terms of size, and yes… it came with two proper opening rear doors. I had the good opportunity to take the Clubman around some highland roads, and enjoyed the view of sublime beaches a few years ago. It delivered what it said on the box… go-kart like handling, but experiencing it around some tight hairpin turns, was simply amazement at a different level. 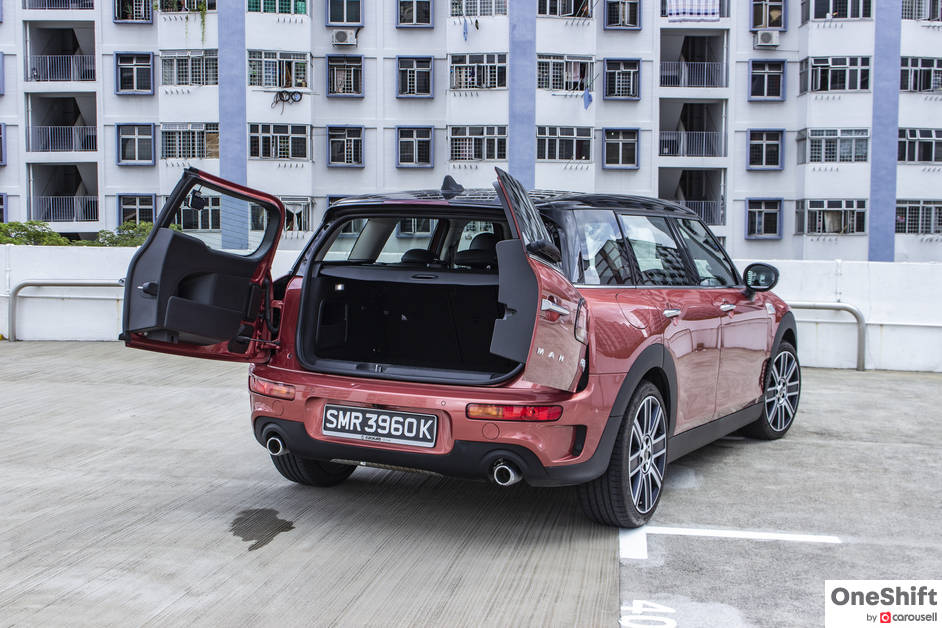 The Clubman receives a midlife facelift, adding a few stylistic nips and tucks to keep the closest thing they have to an estate car fresh. The revised Clubman is fitted with a new set of bumpers front and rear, a sleeker grille that protrudes a little more; and their lovely illuminating party pieces of new ring LED Daytime Driving Lamps up front, and new Union Jack-themed tail lamps. The Cooper S model also carries over that decorative faux air scoop on the bonnet. 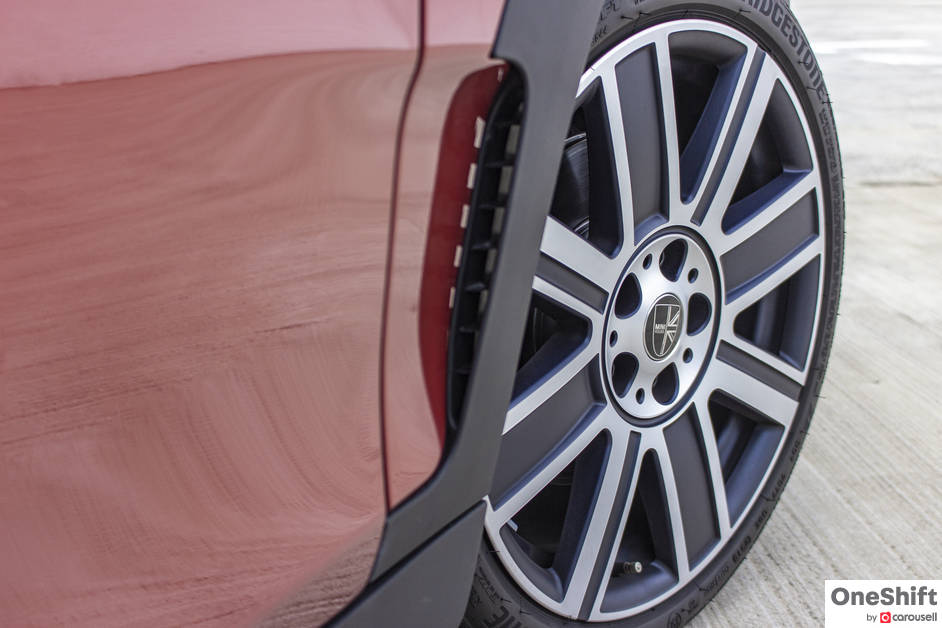 Our test car which is in MINI Yours trim, features a unique set of Union Jack themed 18” rims. 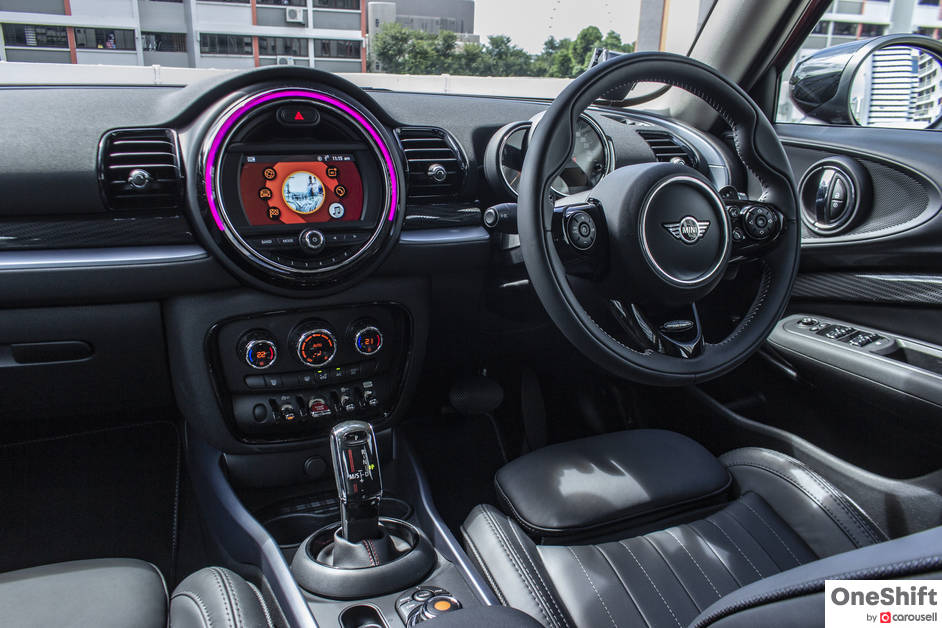 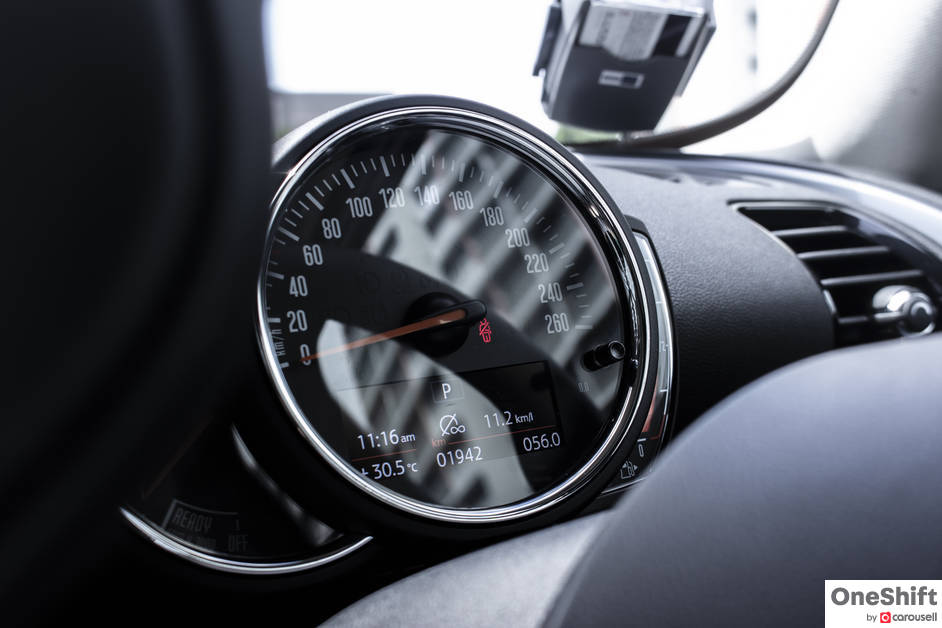 Nestled within the illuminated central ring, sits a high-resolution 6.5-inch central display; fronting its infotainment system, which now features the all-new MINI Connected application, which users can benefit from seamless integration between the car and their mobile device. Daily routines can be worked into the app, and ideal departure times worked in, based on real-time traffic situations. USB-C ports have also made their way into the refreshed MINI, they have however kept one Type A USB connector available, which I see as a thoughtful consideration, since not everyone would make that switch quickly. 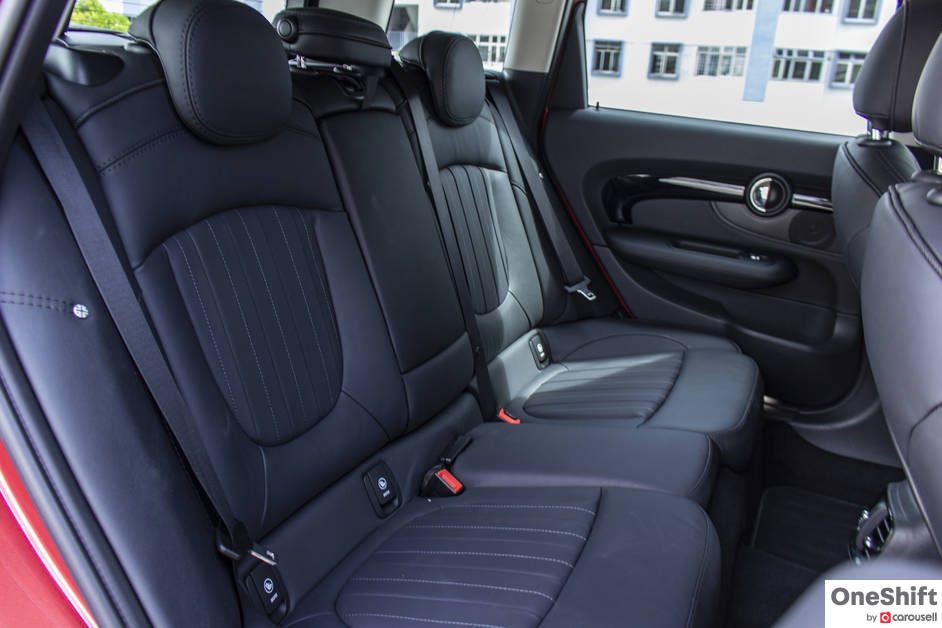 The little things, like how smoothly the air-conditioning vent knobs operate, and with uniform tension, and choice of materials used are immediate reminders that you are driving something premium.

The Clubman which sits on the UKL2 architecture offers a little more interior space, compared to the 5 Door hatchback, thanks to a longer wheelbase at 2,670mm (versus 2,567mm). 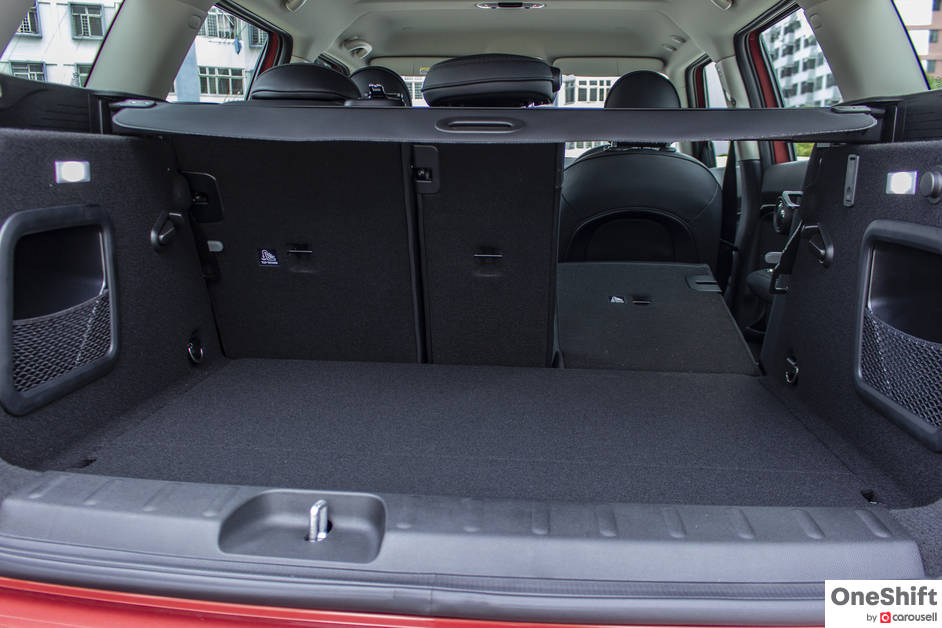 Its 360 litre boot might be slightly smaller than the Volkswagen Golf’s, it does however benefit from a separate lower compartment, and the rear seats fold in 40:20:40 fashion, providing up to 1,250 litres, and offers some additional flexibility. 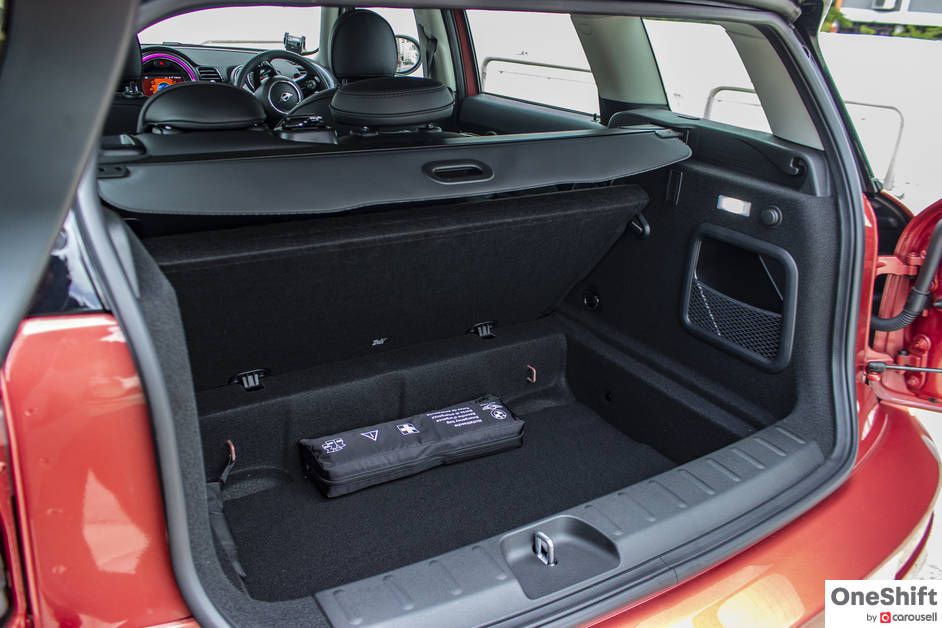 The Cooper S Clubman comes equipped with a BMW-sourced B48 2.0 turbocharged engine. Power is rated at 192hp while its 280Nm of torque, which is available from as low as 1,350rpm, making the car easy to drive even in city traffic. 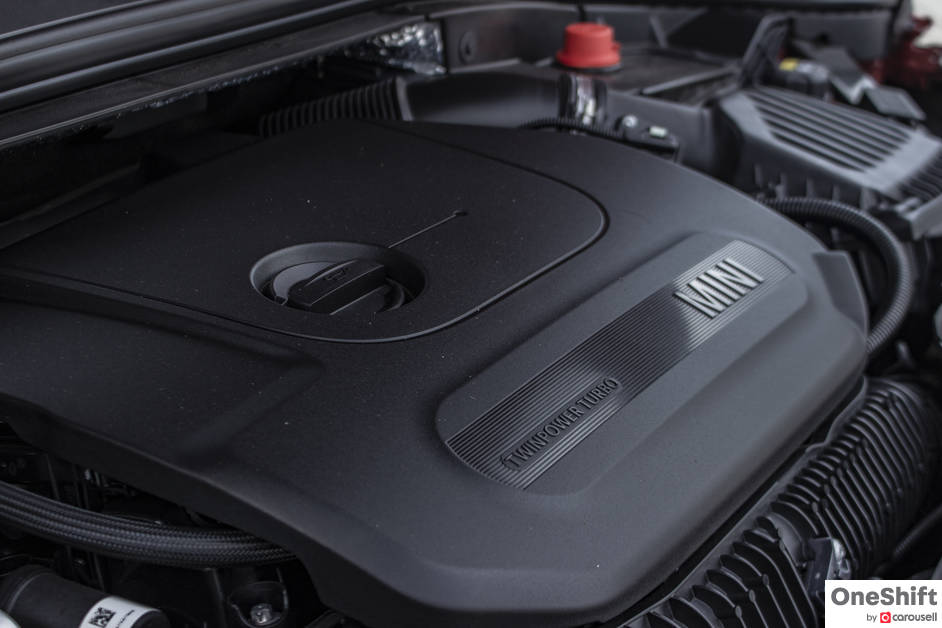 Drive to the front wheels is provided via a new 7-speed Steptronic dual-clutch sports transmission (one cog less than the previous regular 8-speed automatic). Gear shifts as expected, are rapid, and acceleration is brisk. The Cooper S model clocks 100km/h in 7.2 seconds. 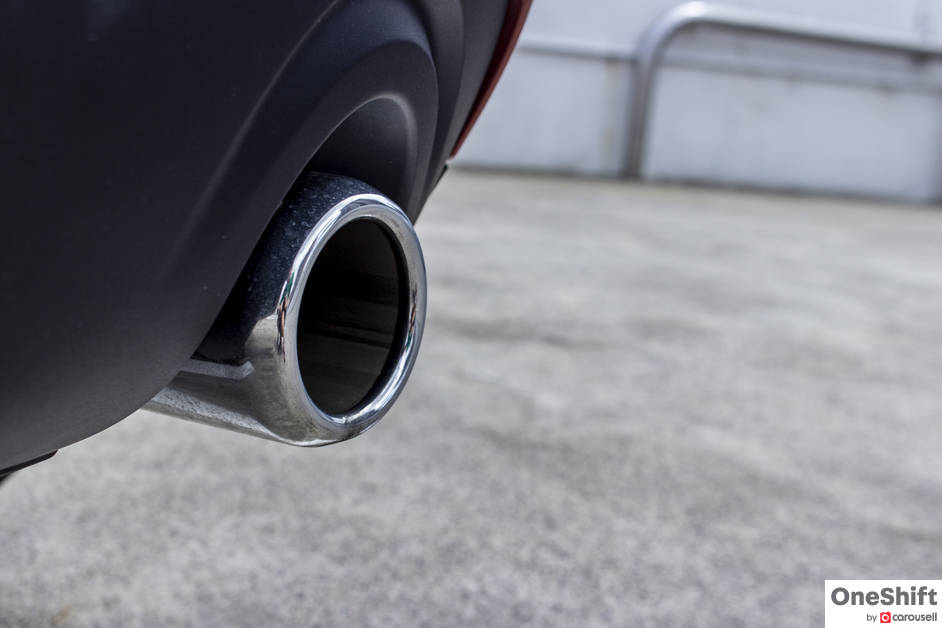 We noticed though that MINI had taken away the pops and bangs emitted from the exhaust whenever you drop a gear or swap cogs under a heavy foot. I was looking forward to this, as it does form part of the car’s fun-loving character. 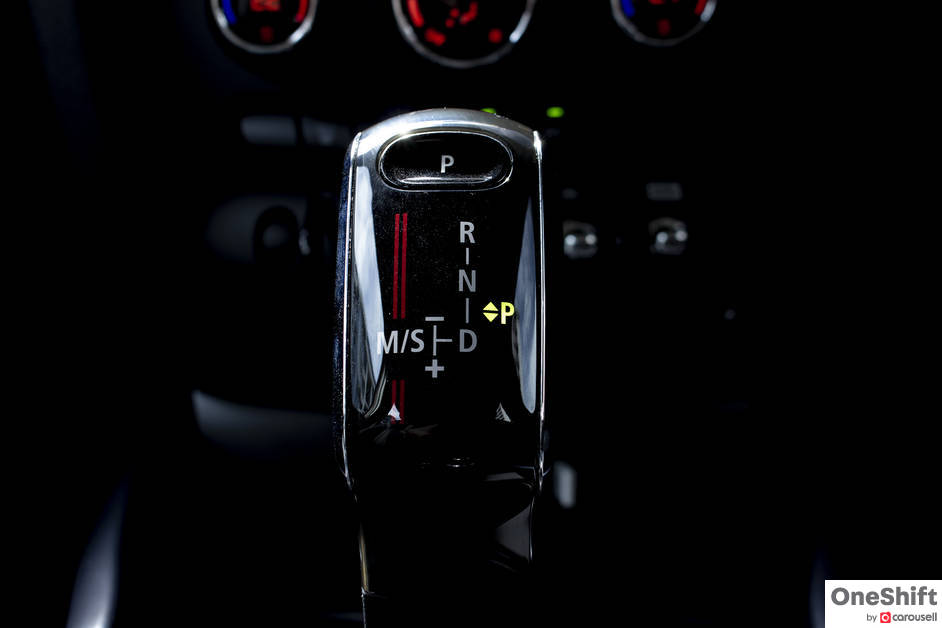 Also taken out of the Cooper S equation, is that lovely adaptive suspension, which would have made the driving experience a more pleasant one, since you could dial it up or down, depending on drive mode. That said, the fixed suspension is comfortable enough for this daily driver. The thick sidewalls on those run flats on the other hand, may not be your best friend. 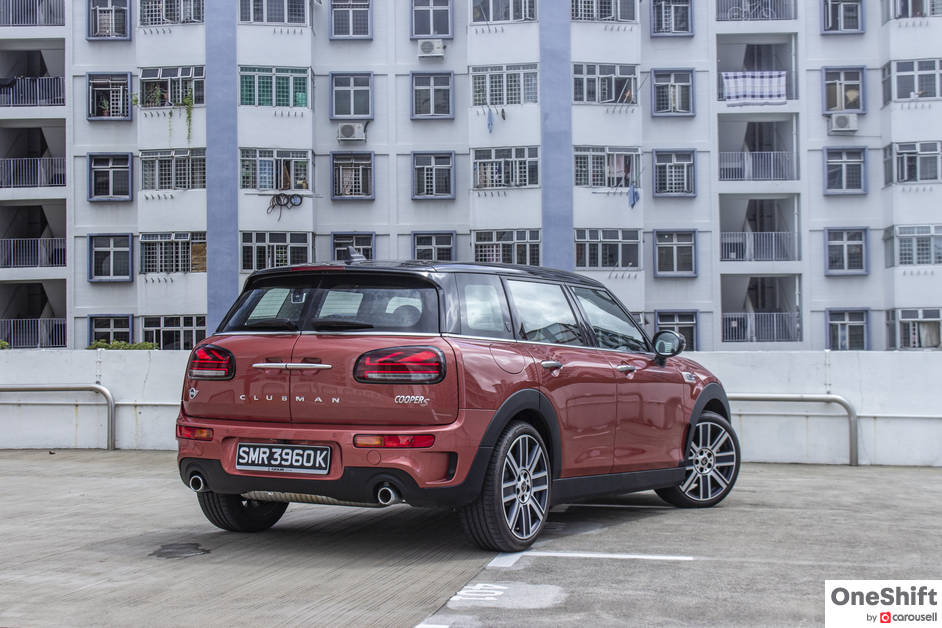 As with what MINI calls its signature promise of “Go Kart-like” handling, I could not resist capitalising on its superb handling. Its quick-reacting steering, delivers point and shoot accuracy, when entering a tight bend; while upon exit, slip is predictable and extremely entertaining. 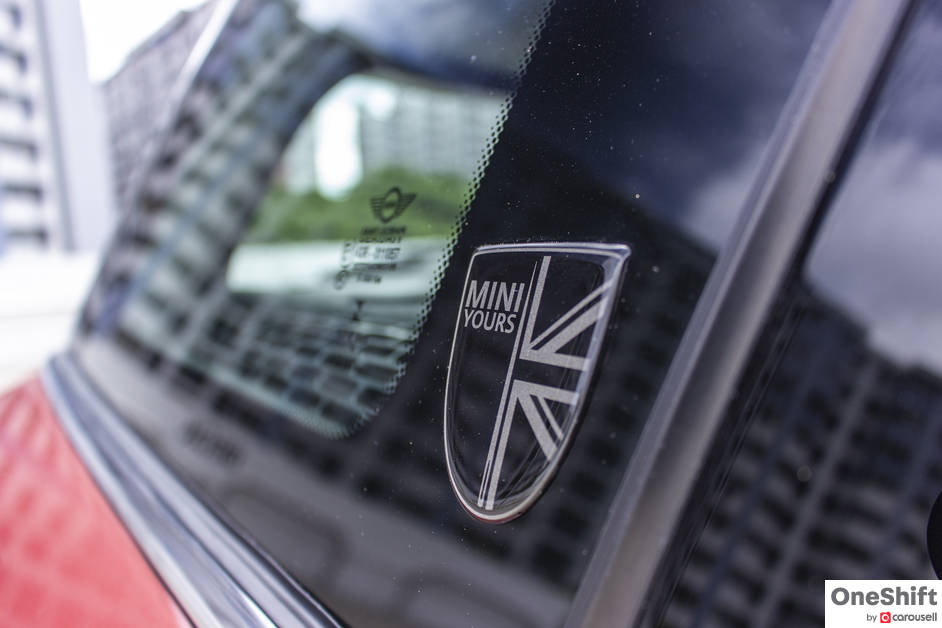 There is even that temptation for you to even take a longer route to your destination, just so that you can hunt for a few good corners to tackle along the way. 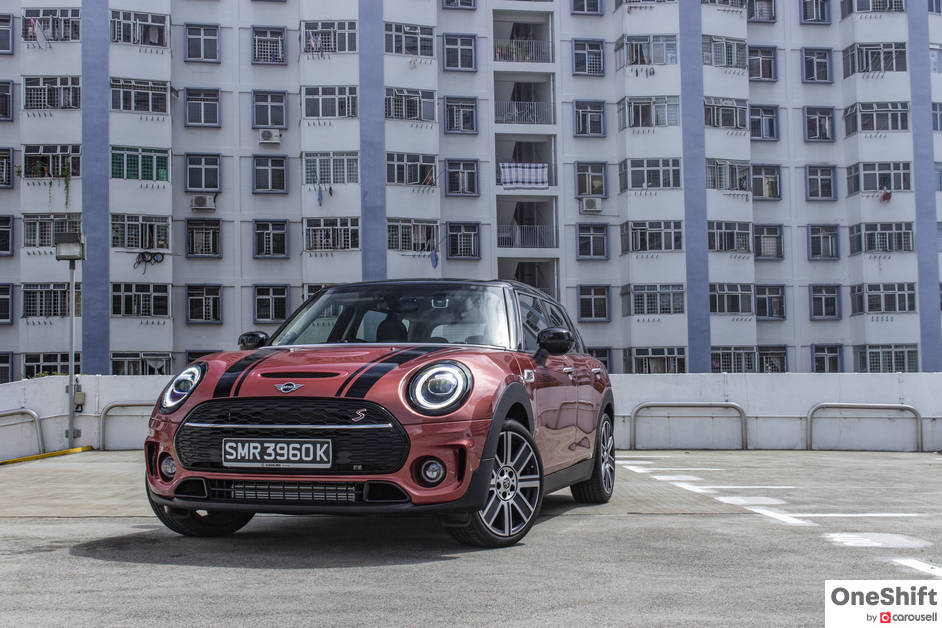 That new 7-speed gearbox is bang-on in ratio selection, biting hard into every gear it engages when in “Sport” mode, which in my books, adds to just how satisfying and fun a drive this MINI delivers. Dial it down to “Normal”, and the Cooper S Clubman delivers smooth seamless gear changes. The expansive band of torque from the engine also helps in delivering a relaxing driving experience, with its ability to speed up on the run, from almost any gear.

The Cooper S model costs less than its equivalent Countryman sibling, and rolls a little less around the bends, thanks to its lower ride height. There are two other available models, the One and the Cooper, which both are powered by a 1.5 litre 3 cylinder turbocharged engine, in respective 102hp and 136hp outputs. There is also a high-performance John Cooper Works model, which delivers 306hp, and offers AWD. 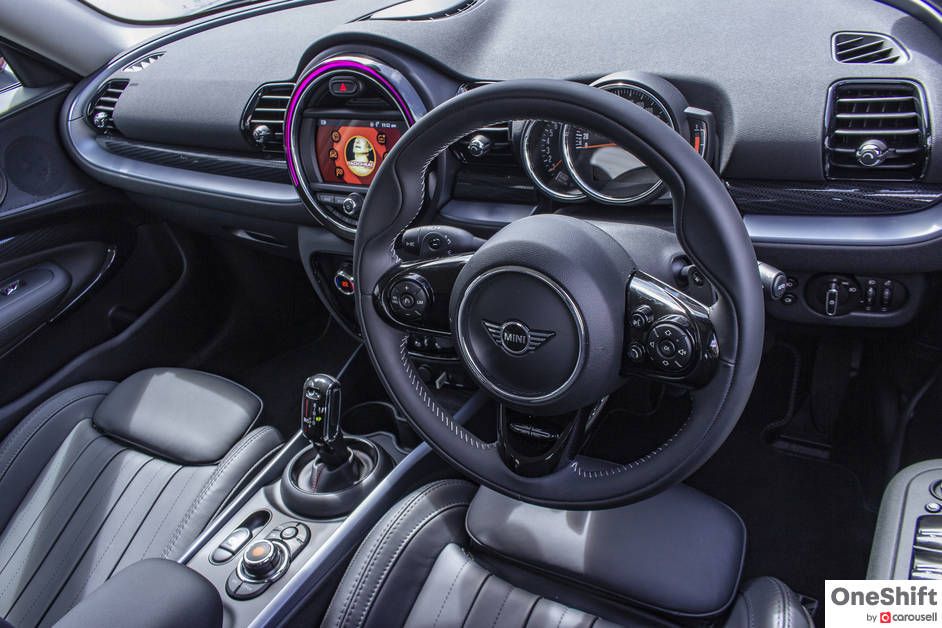 Personally, the Cooper S model seems to be the best of the lot, delivering sufficient performance to entertain, while the John Cooper Works model might be rather too expensive to justify.