Share
What we like:
Good high speed stability
Efficient layout allows for a spacious interior
Smooth boxer engine
What we dislike:
Overall execution is a little unrefined
Third-party infotainment screen

Some cars have that shocking effect when you first interact with it - wow, is it still relevant and competitive? Could it really fend off the fancy competition? And then later it goes on to win you over as it goes under your skin. 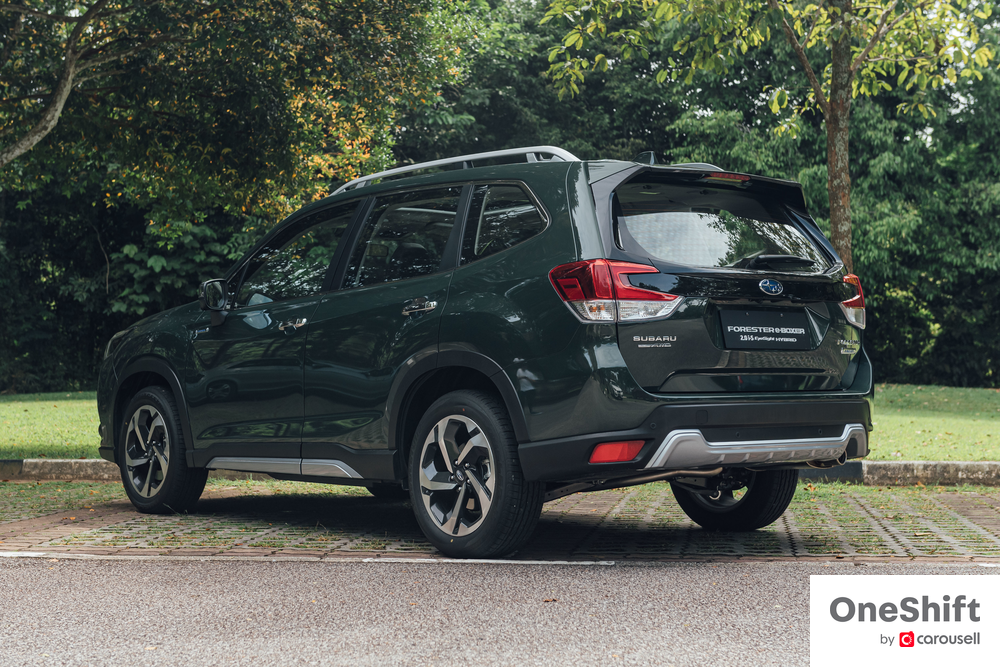 The Forester is such a car. Seemingly evolutionary without changing the formula too much, the car is pretty much what I’ve imagined it to be ever since it switched from a raised wagon thing to an SUV. It is a super practical car, with generous space, simple switchgear and a no-nonsense demeanour. 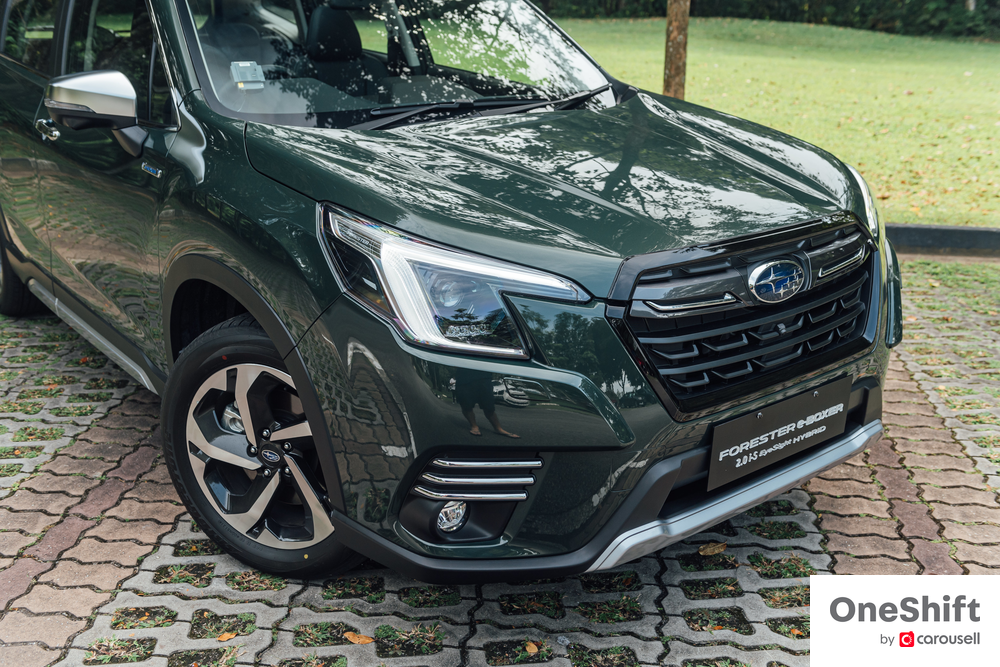 There are three new colours, and the press car features one of them which is Cascade Green Silica. I really do like it and it gives the car a fresh look instead of the usual silver or black shades that we always see a Forester in. Otherwise, the exterior is pretty much identical to the previous model save for a nip-and-tuck on the front end. 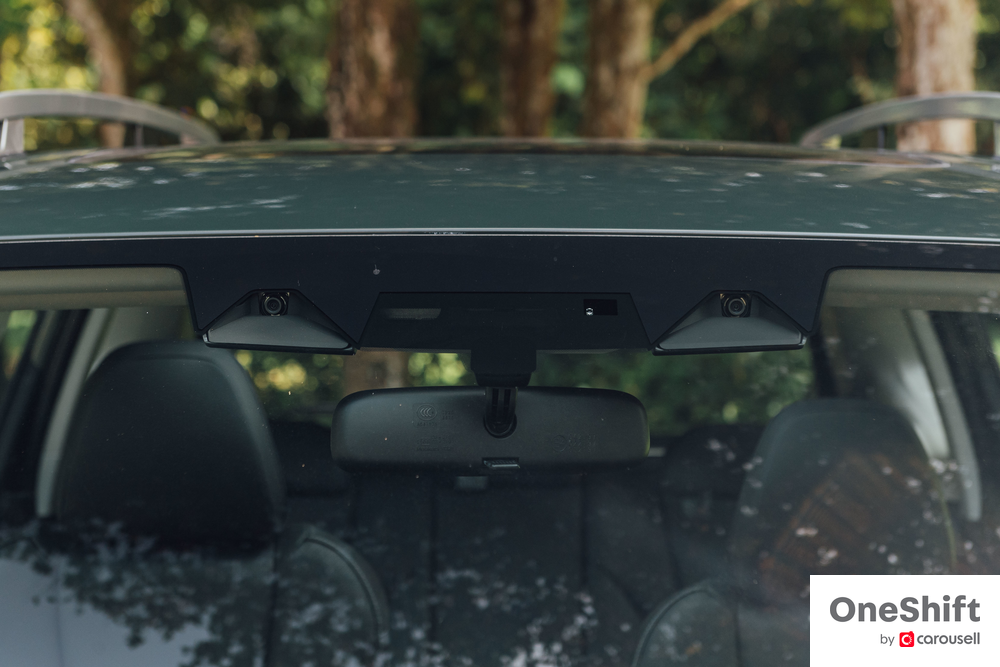 Speaking of the front, there is now a 4th generation EyeSight system with increased forward detection range by 20 metres, horizontal detection angle by 28 degrees and vertical detection angle by 10 degrees. Sounds complicated, but all you need to know is that this allows improvements in adaptive cruise control and pre-collision braking, as well as introducing new functions such as lane centering, autonomous emergency steering and lane departure prevention. A quirky function as part of the Driver Monitoring System is the ability to recognise the driver via a cabin camera and then setting all desired functions accordingly. 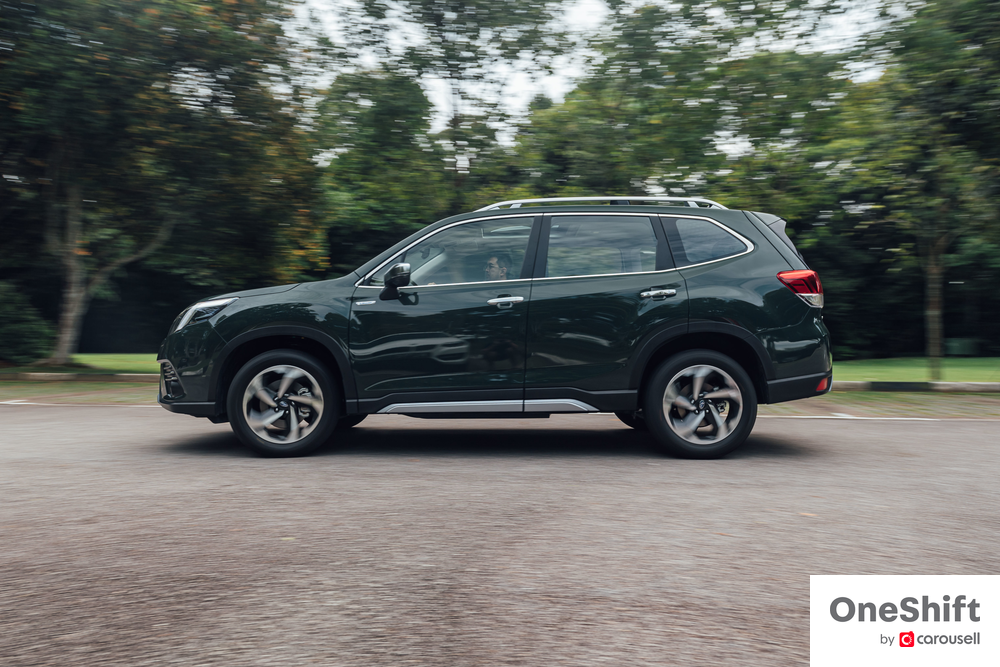 The overall driving experience is a mix of Continental and Japanese, if that makes sense. The high speed stability is impressive and it feels like the Forester could take on the Autobahn. The damping also feels sophisticated and well-honed. But some details are positively from the land of the rising sun, like the needlessly complicated onboard computer system, consisting of two screens which operate independently from each other and each one controlling a great number of random functions. The gesture-based aircon control requires some fine tuning, too. 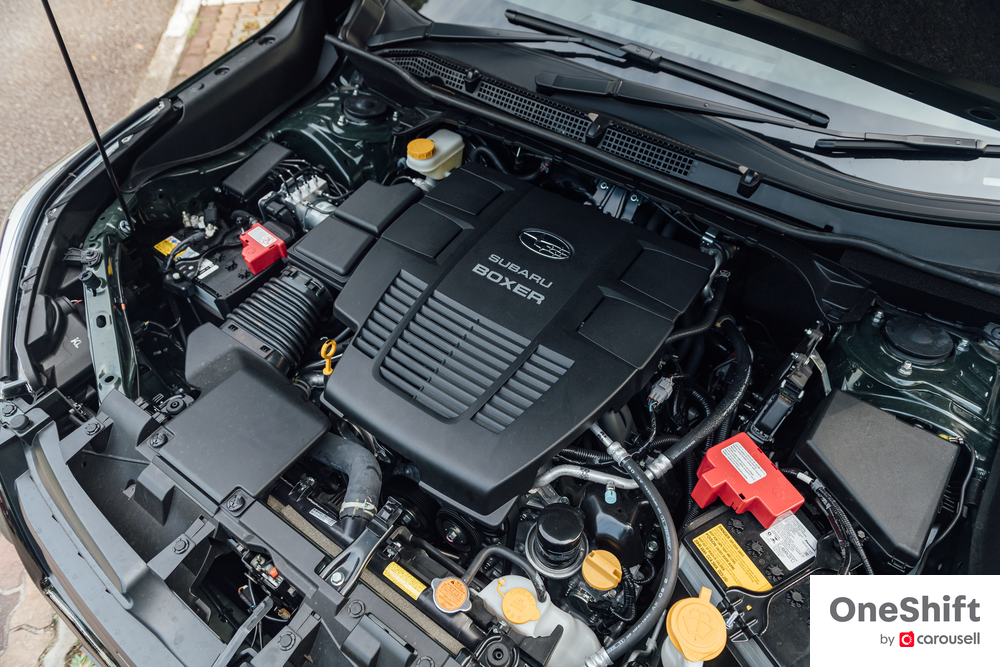 A good thing about being Japanese though, is how durable the car feels. Although it’s unchanged from the previous version, the boxer engine feels as smooth as you’d hope, and is definitely more characterful than a plain jane inline four cylinder engine. The CVT is not as bad as you’d expect too, responding adequately in most situations for overtaking. There is enough grunt to feel like you’re not struggling when overtaking. Being a mild hybrid, engine restarts are also rather quick. It’s also tremendously smooth while doing so, presumably because the boxer engine is very balanced to begin with. 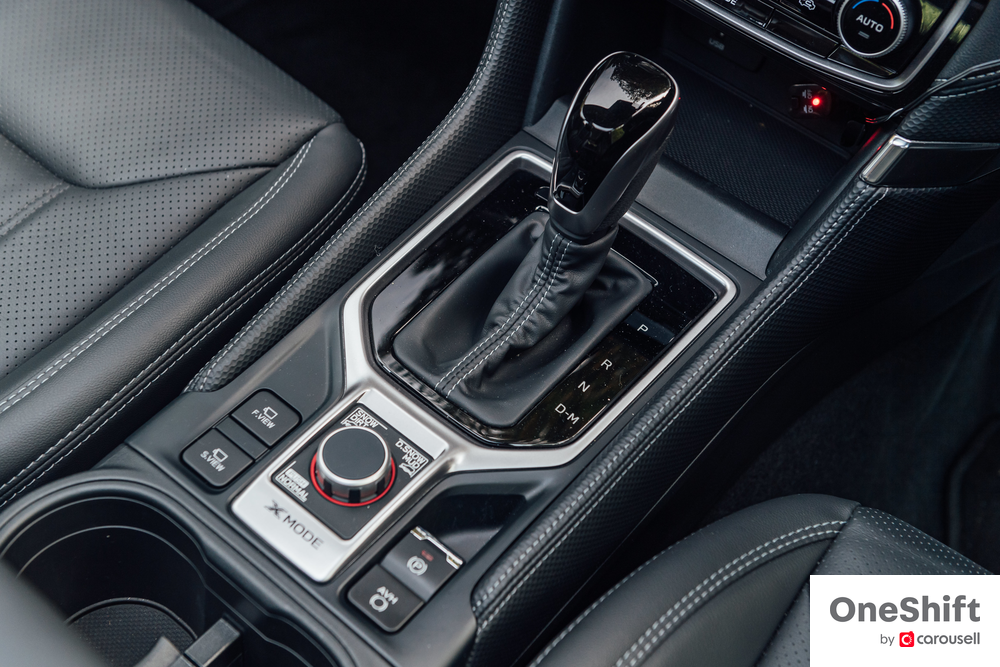 I could see why the Forester remains a crowd favourite despite feeling a tad dated. Made to be a daily driver that could handle pretty much everything, even going off-road, it’s a versatile tool that one can always depend on.