Headed To Thailand? This Is A Must-Visit For Singaporean Petrolheads Wedged in a far corner of Impact Challenger Muang Thong Thani, we waited patiently for Porsche to reveal what can be considered the superstar attraction for internal combustion engines at this year’s Thailand International Motor Expo (1 - 12 December 2022). Every motorshow needs an alter ego, and the GT4 RS slots in effortlessly on a ground where countless EVs jostle for attention. For Singaporeans headed to Thailand these 2 weeks, this can be a precursor for things to come when the Singapore Motorshow commences in mid-Jan 2023. 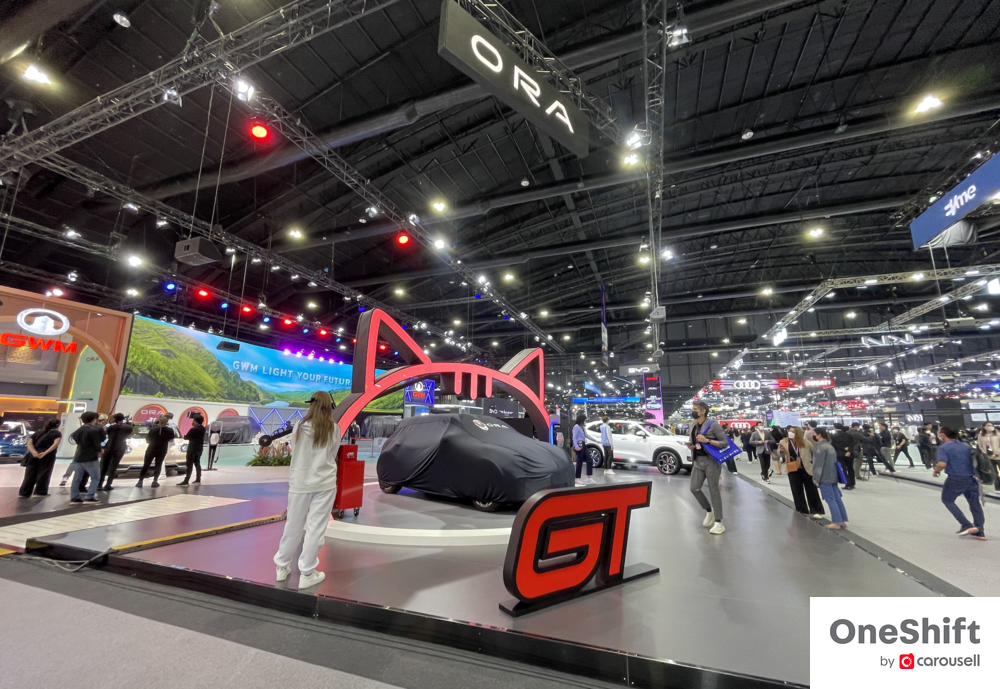 On the left of Porsche’s booth sits German heavyweight Mercedes-Benz, where the sheer scale of its glitzy enclosure definitely works a charm to draw crowds towards its latest Mercedes-EQ offerings. Hop over to the right and Great Wall Motor anchors itself with such conviction, flexing its authority as one of China’s largest automotive manufacturers. Brands under its arm making headway in Thailand include ORA and Haval, with a growing suite of EV and PHEV options respectively. 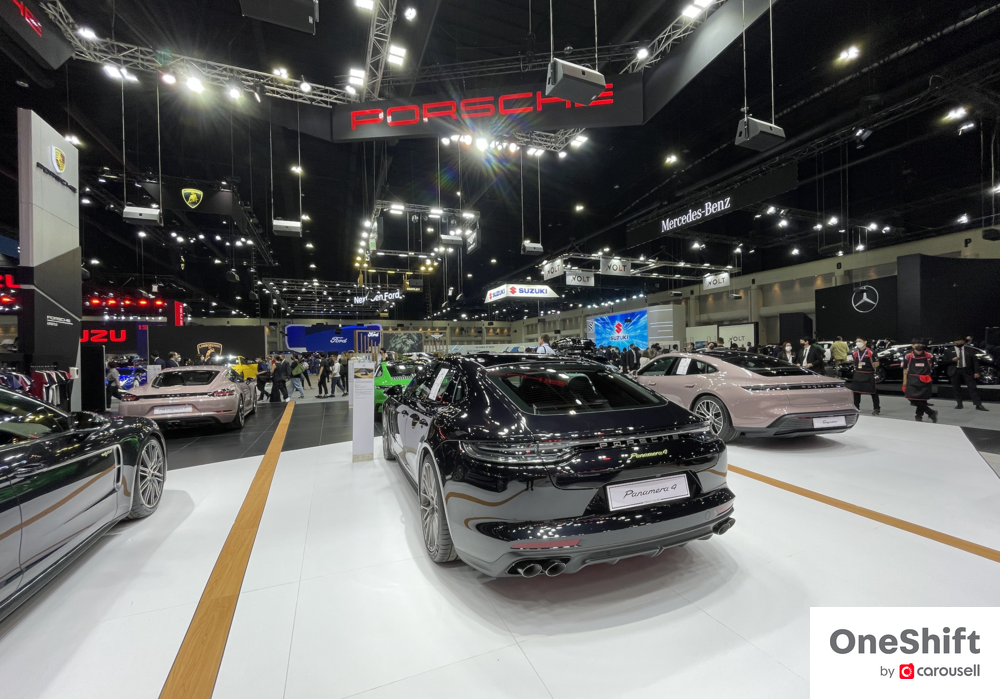 Porsche’s “neighbours” for a couple of weeks in Thailand target a different clientele. But when assessed in its entirety, the presence of Porsche amongst more mainstream counterparts a stone’s throw away serves as a stark reminder that the brand is here to deliver cars only for serious drivers. And this 718 Cayman GT4 in full blown RS spec definitely looks like a proper carrier of this message. 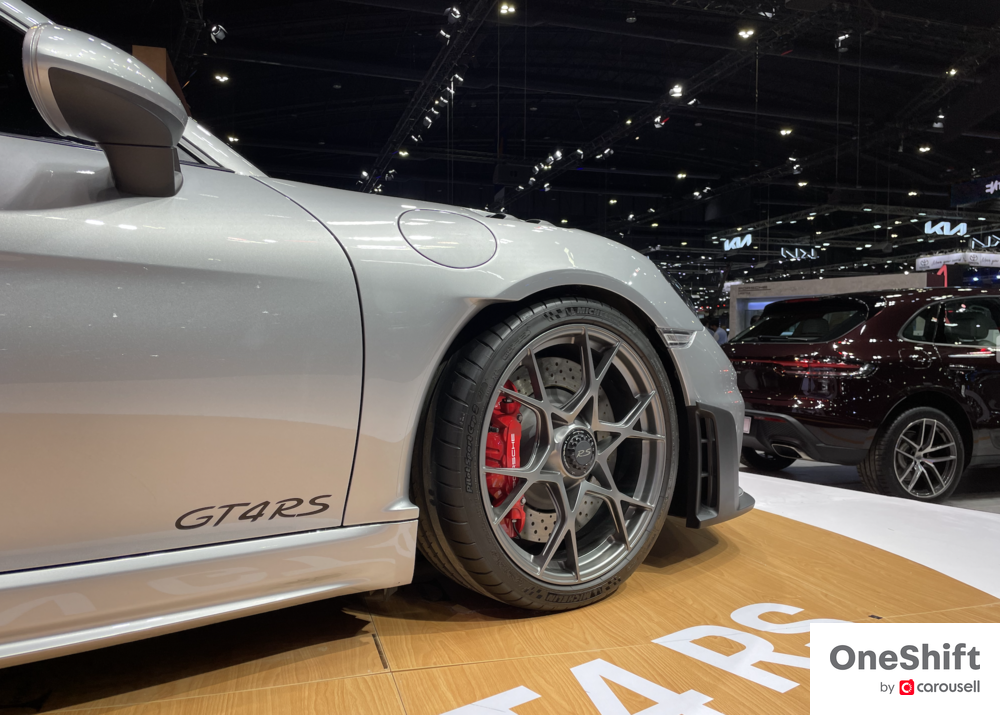 Subtle (and one glaringly obvious) clues on the GT4 RS distinguish it from a regular Cayman and its offshoots, starting with a deeper air pan just above the front lip - a detail that exists without opting for the Weissach package. Fenders surrounding the front rubbers are made of carbonfibre, curved at the edges to extract air out of the massive tyres at speed. Doors are made of aluminum, and these weight savings combine to give it a 35kg weight advantage over a Cayman GT4. At 1,415kg, it weighs nearly identical to a 992 GT3 Touring - a surprise to some given the Cayman’s smaller footprint, but understandable since it adopts a more generous application of steel. 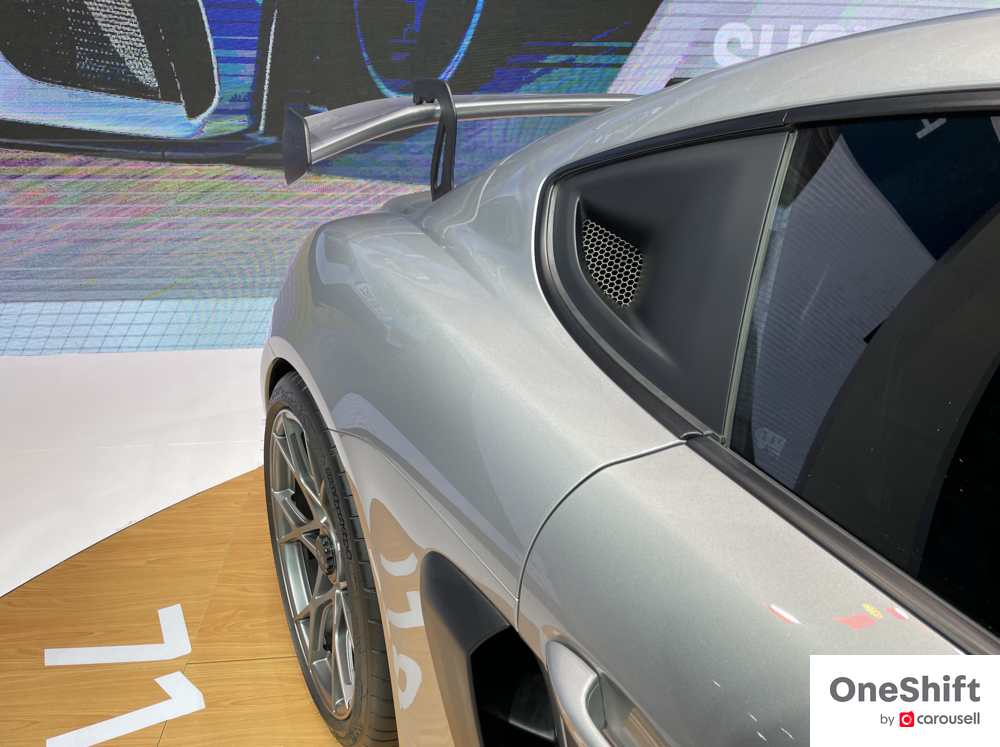 One of the key reasons Porsche enthusiasts can be swayed from the 992-Gen 911 GT3 RS is the air scoop that replaces the rear side window just in front of the C pillar (within spitting distance from the driver). That feeds air straight into the 493bhp 4.0-litre naturally aspirated engine to reveal a straight six snarl like no other on full pelt. Not to mention that it can rev to 9,000rpm, where peak torque of 450Nm resides. Over at the back, a manually adjustable swan neck wing (identical to the GT3 RS’s spoiler) is perhaps the most obvious differentiation over standard Caymans. 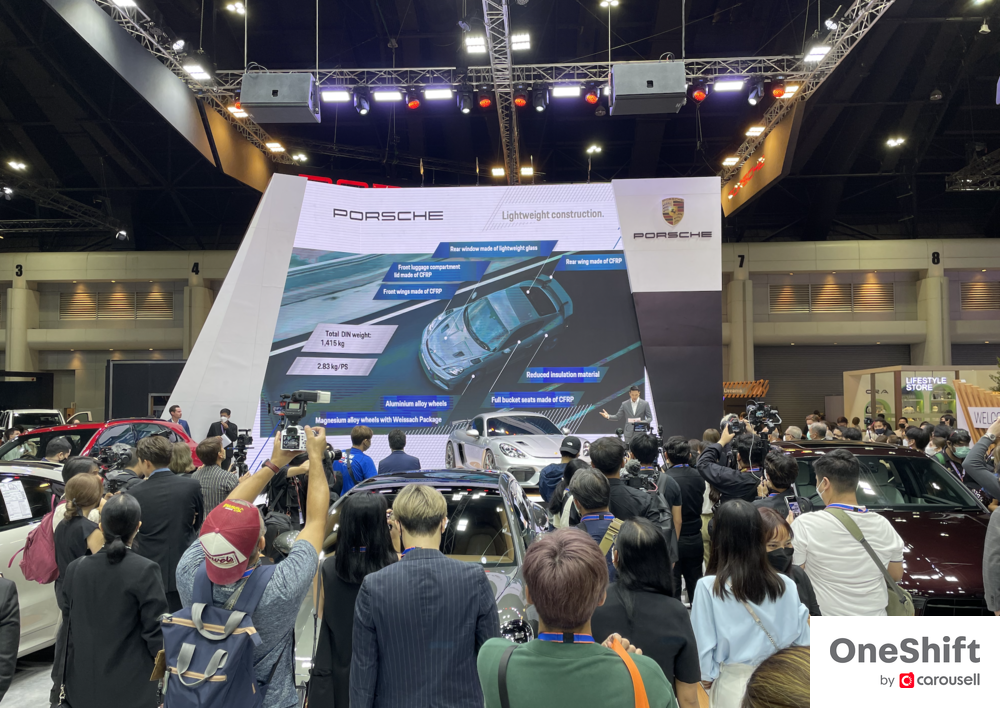 Back at home, the GT4 RS is already available in Singapore and the price difference between a base-spec GT4 RS and GT3 RS is approximately S$300k, without COE. With a Weissach package and options list ticked in trigger happy fashion, you’ll be left choosing between this top-of-the-line Cayman and a non-RS 911 GT3. 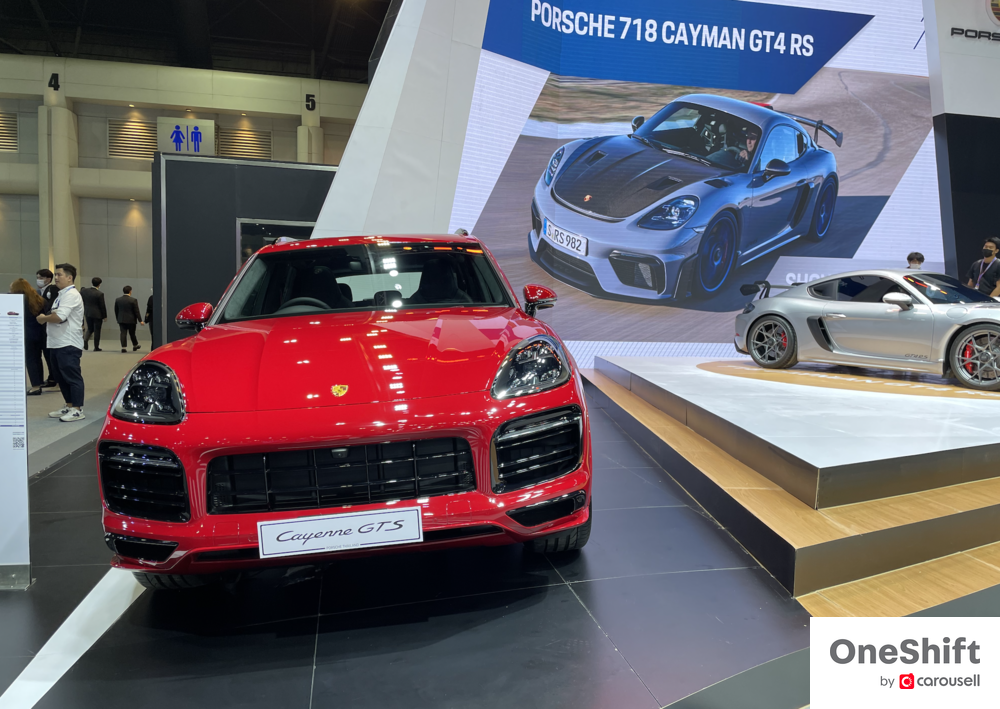 Statement pieces from Porsche don't come often. But when they are served, even the noise from a mega motorshow in Thailand could not drown anticipation for those that appreciate true driving machines. The Cayenne might be Porsche’s most popular model followed by the Macan, but the appeal of these SUVs would not be held in such high regard if not for rocket scientists over at Porsche’s GT division.