Lexus may have entered late into the premium compact crossover game, but what they have delivered is simply striking. Perhaps the least off-road-ish looking of their SUV range, their baby crossover looks nothing like what they have produced before. Share
The UX is available in eleven colours, and five different interior themes… plenty of choices.  But where it truly shines is in its refinement, comfort and build quality.
What we like:
Refined drive
Build quality
Ergonomics
Bold styling
Lovely interior
What we dislike:
Lack of a good cargo cover in the boot
Small boot
Foot space for rear passengers could be a little better

Lexus may have entered late into the premium compact crossover game, but what they have delivered is simply striking. Perhaps the least off-road-ish looking of their SUV range, their baby crossover looks nothing like what they have produced before. Their new car is after all designed to cater to a much younger customer demographic. In-fact, even when building their new LS, Lexus had stuck to this logic (that car even has a SPORT+ mode, with surprisingly accurate point and shoot accuracy). 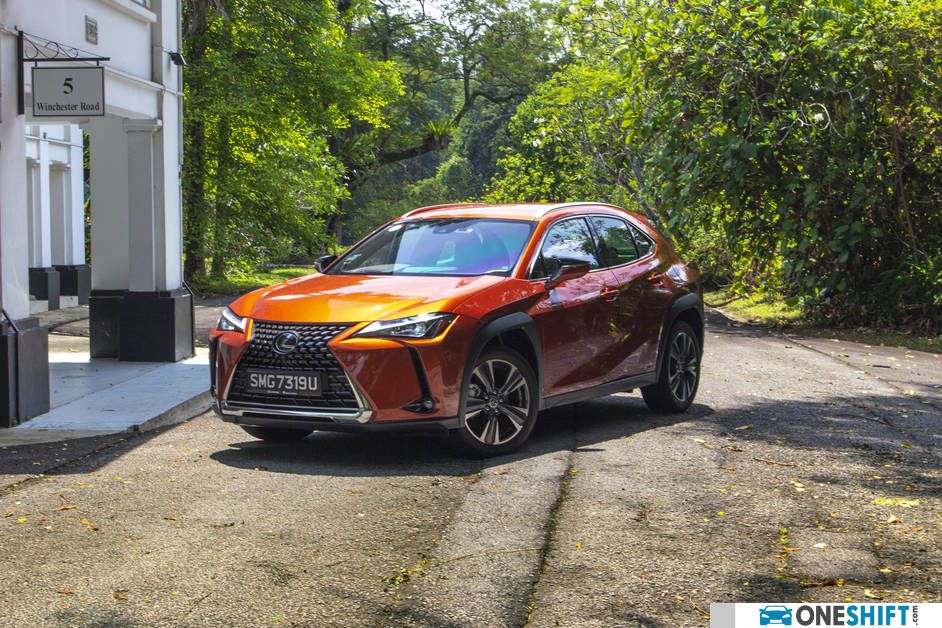 Neatly packaged, and sitting on a 2,640mm wheelbase, the GA-C architecture is shared with their sister company’s Toyota C-HR; which is not a bad thing at all. The UX is pen-stroked with swooping lines on the side body panels, with thick angular rear squared-off wheel arches, which house 18” wheels, allows the car to retain a muscular stance. 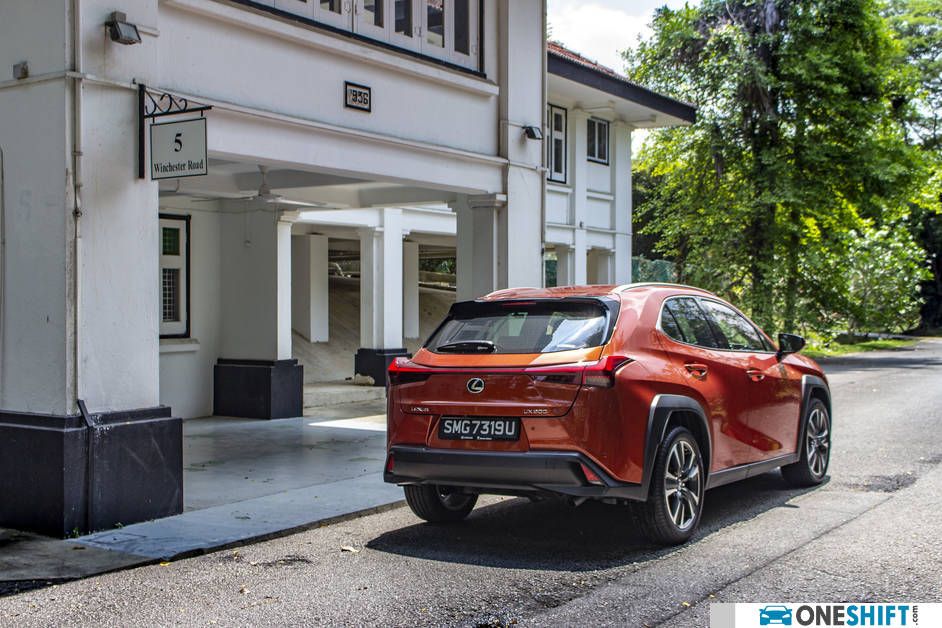 Boldly designed tail lights, which run across the rear of the car feature vertical fins which are not only unique, but Lexus claims that they play a functional role in the car’s aerodynamics, helping to keep the rear end of the car planted during high speed driving and when taking corners. 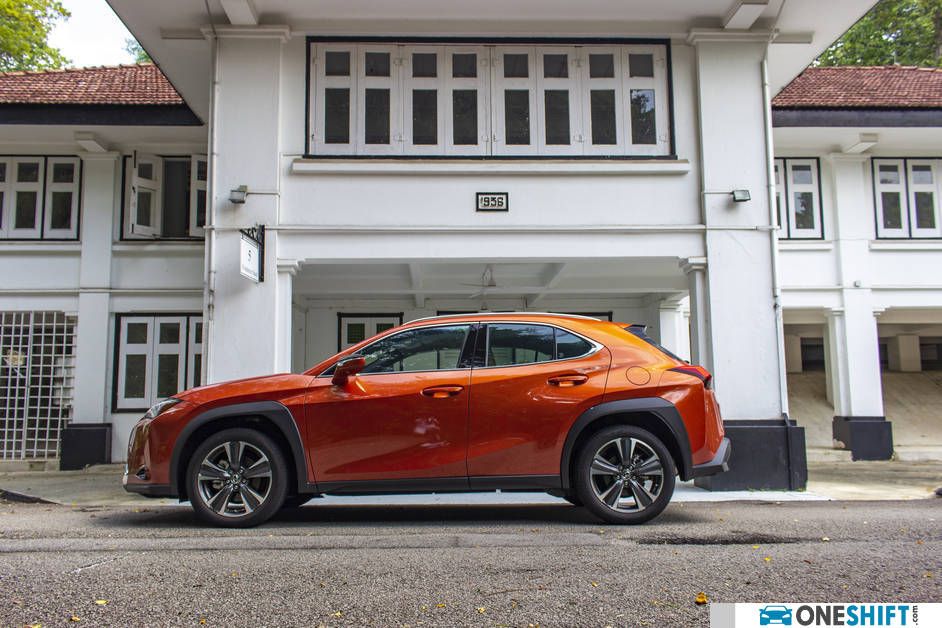 But in the front, the UX is unmistakable as a Lexus, with its large pinched grille with chrome bottom surround, and headlamps with stylised LED Daytime Running Lights (DRL). Like other cars in the Lexus range, the UX also features its unique door-mounted wing mirrors, which actually aid in providing better driver vision to the front quarters of the car. Good, especially when you are making a turn at a cross junction. 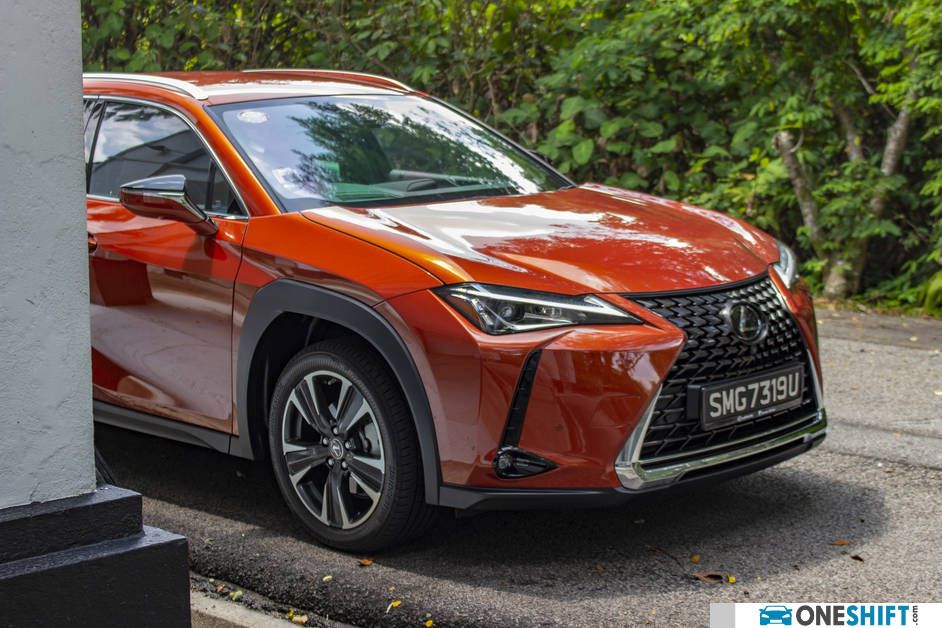 While the exterior features flowy-flowy lines, and some very bold sculpting, the interior resembles any other Lexus. Purposefully-built, business-like, and with great ergonomics in-mind. Asthetical touches, like the LED lighting on the air-conditioning knobs adds to a little sophistication to the interior styling, while the factory fitted Black Ocher leather upholstery on our ‘Luxury’ trim test car comes equipped with air-conditioning for front passengers for added comfort.

Lexus has also upped the game with its play on materials. The top of the dash panel carries textured neatly layered slab made to feel like Japanese hand-made paper, known as washi, and visually sits upon some high quality plastics, which also form the housings for the air-conditioning vents. 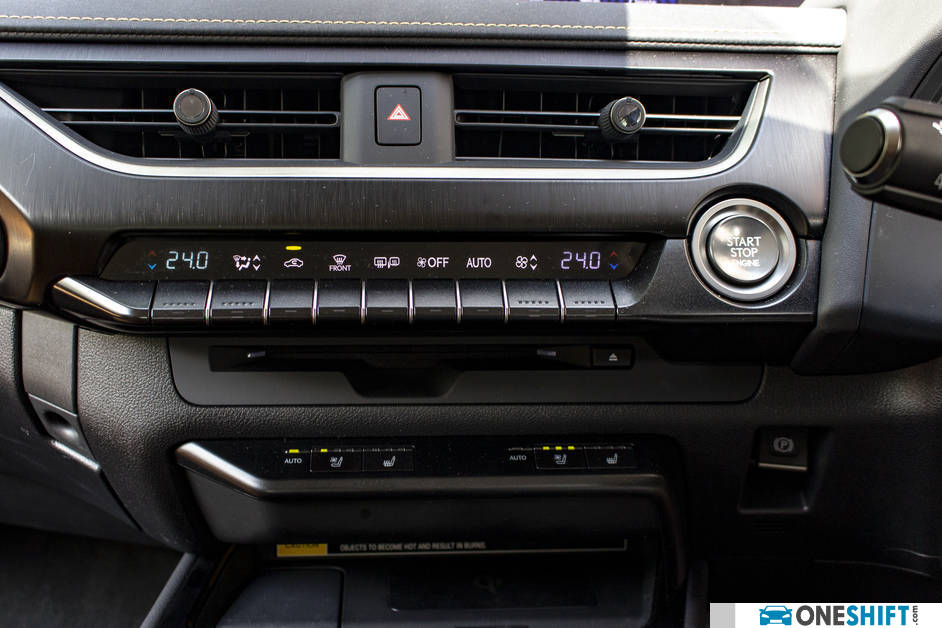 Not breaking with tradition, Lexus has also retained their analogue clock, which may seem just slightly out of place in the UX, while the large 10.3” Electro Multi-Vision (EMV) display ensures easy legibility, and its wide screen can be split to display other functions. Audio controls are within easy reach in-front of the armrest, though it will take some time getting to know which knob toggles which function. The infotainment system utilises the now familiar trackpad, a vast improvement over the previous “Kong Guan Biscuit” which you held with your fingers for navigating the system. 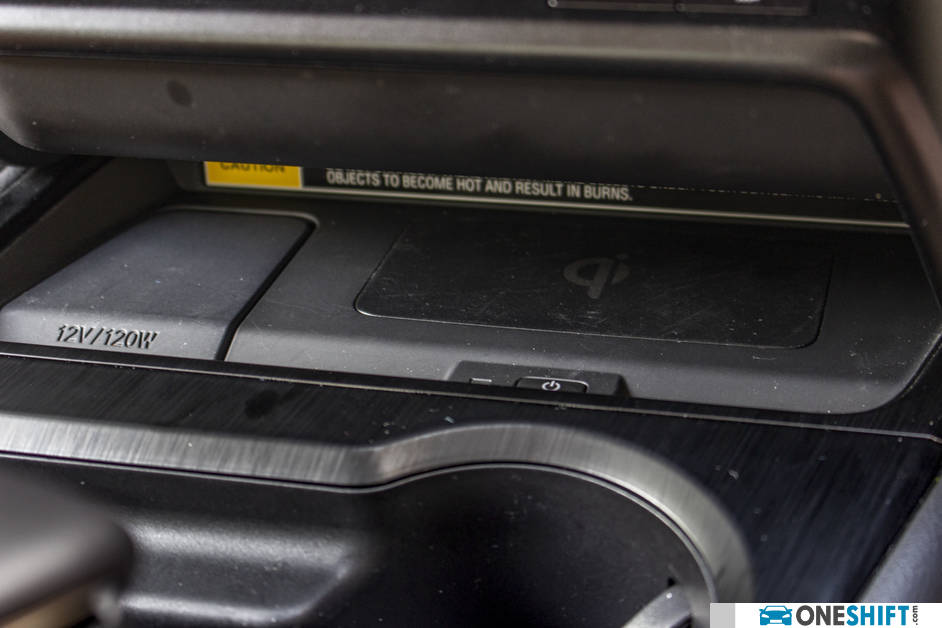 At the base of the dash, there is a wireless charging pad for mobile devices, while its spring-loaded 12V power point is neatly hidden away at the side of the pad. Space for rear passengers is decent, and the car will easily accommodate passengers up to 185cm with ease. Unfortunately, the front seats do not have a large enough opening at their bases to better accommodate the feet of rear passengers. Overall, the cabin is one of the best we have been in for a vehicle in its class, and this truly is a car you can feel happy getting into on a daily basis. 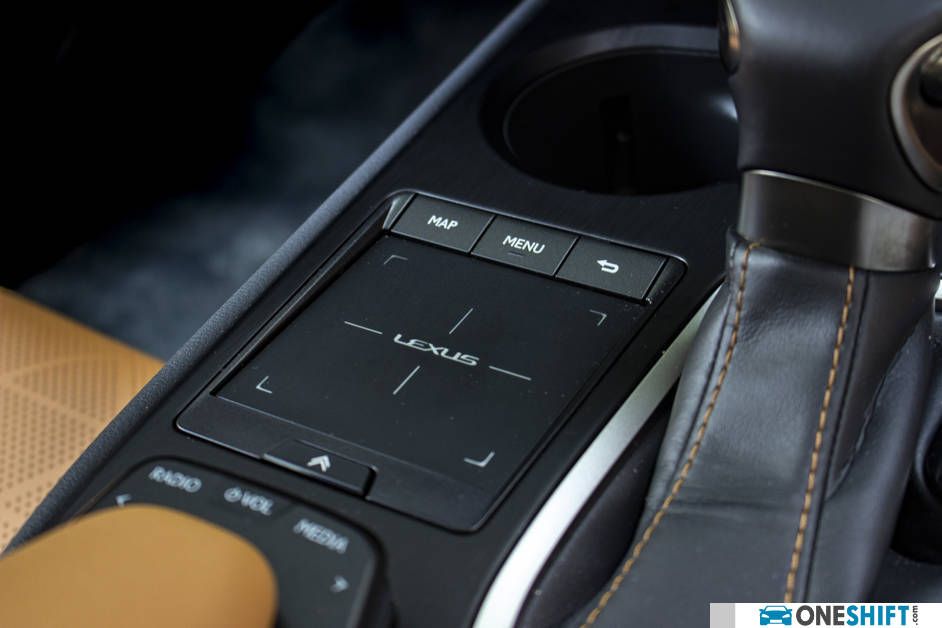 Kick your foot under the rear bumper and the boot lid automatically rises, revealing a flat boot floor at hip height, capable of carrying 271 litres, which is not a lot. While easy to load and unload, it is a tad shallow, and a major gripe is the lack of a solid cargo cover, instead you will find a fiddley one wrapped under the boot floor, similar to one of those spring-loaded sun screens you see stuck on the windscreens of cars parked under the sun. 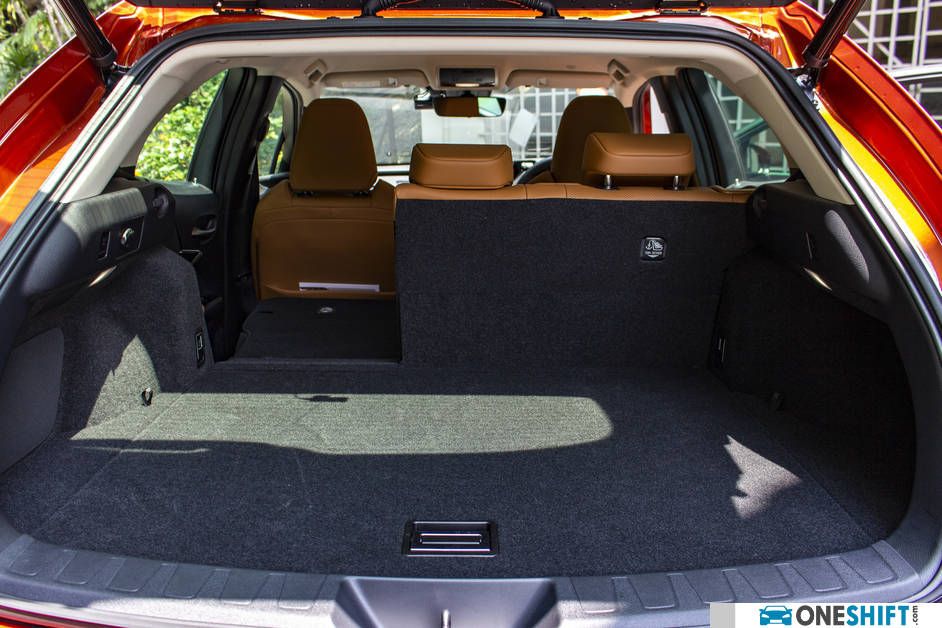 Powering the UX is a natural-breathing 2.0 four-cylinder, featuring variable valve timing for both intake and exhaust valves, mated to a Direct Shift CVT transmission with ten virtual gears. 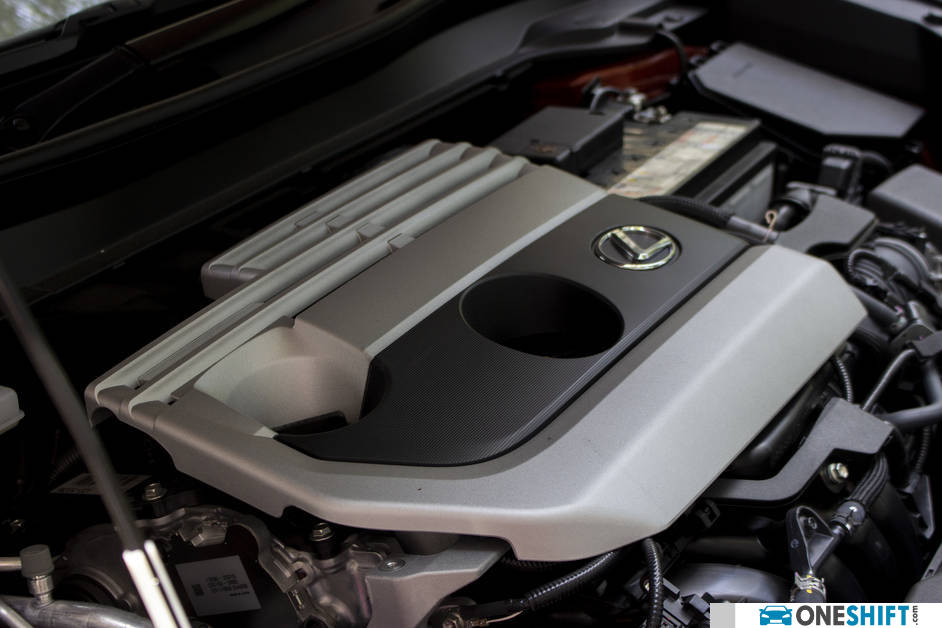 CVT transmissions are notorious for their sluggishness during take-offs, and this is where the Direct Shift system shines. The transmission relies on an actual “first” mechanical gear to get the UX moving from stand-still, before releasing two clutches, one on the drive and the other on the driven pulleys, effectively deploying the actual CVT side of the transmission to continue drive duties.

Power is rated at 170bhp, and peak torque at 204Nm happens at 4,400rpm. Delivery of the drive is in linear NA style, with smooth transition of power to the wheels. 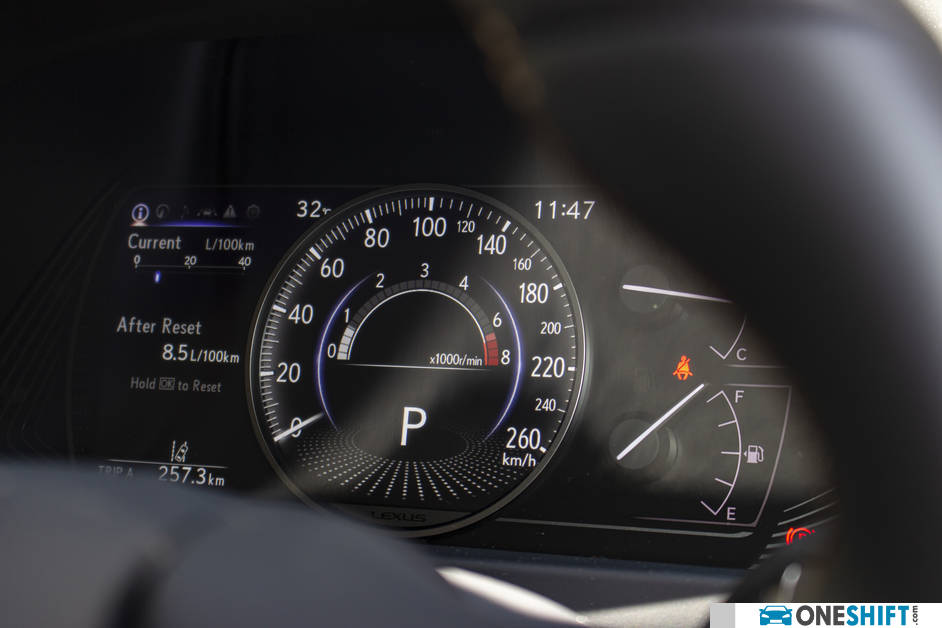 The UX is not intended to be a quick car, delivering a century sprint timing of 9.2 seconds. The similarly priced MINI Cooper Countryman, with a 1.5 3-cylinder turbocharged engine does this in 9.6 seconds, and the same story goes with the related BMW X2 sDrive18i. The Infiniti QX30 is more powerful, quicker at 7.3 seconds and more affordable; but less refined we feel. Volvo’s XC40 T4 R-Design does 8.4 seconds, and adds a tall ride height to quirky design. 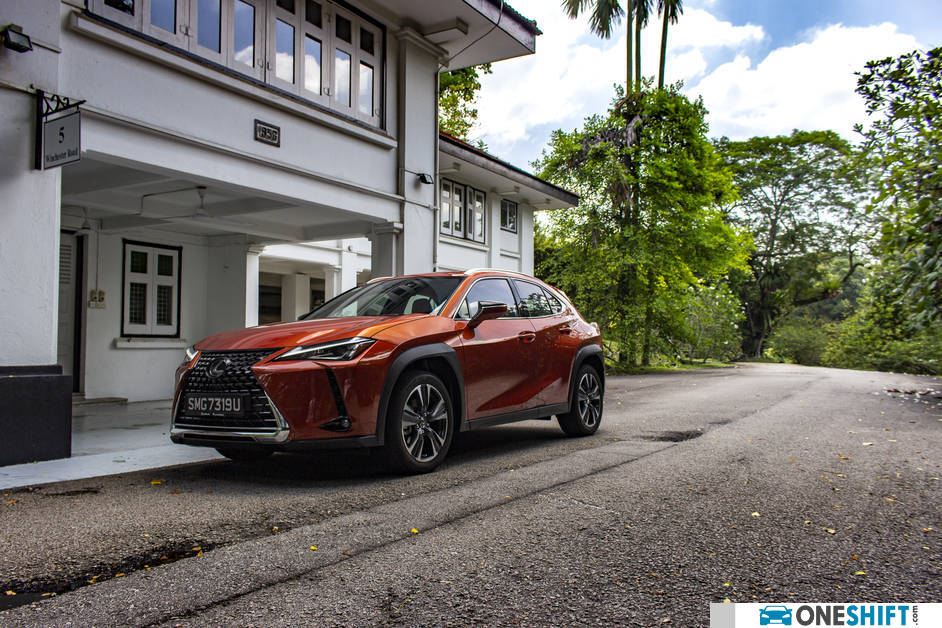 Pitch the UX around bends, and right away, you can tell that the car actually loves taking corners. Ride quality too is very good, its front MacPherson strut and rear Double Wishbone suspension setup able to deliver well both on handling and comfort. Steering feel is good, with enough feedback coming through, and braking ability is just right. 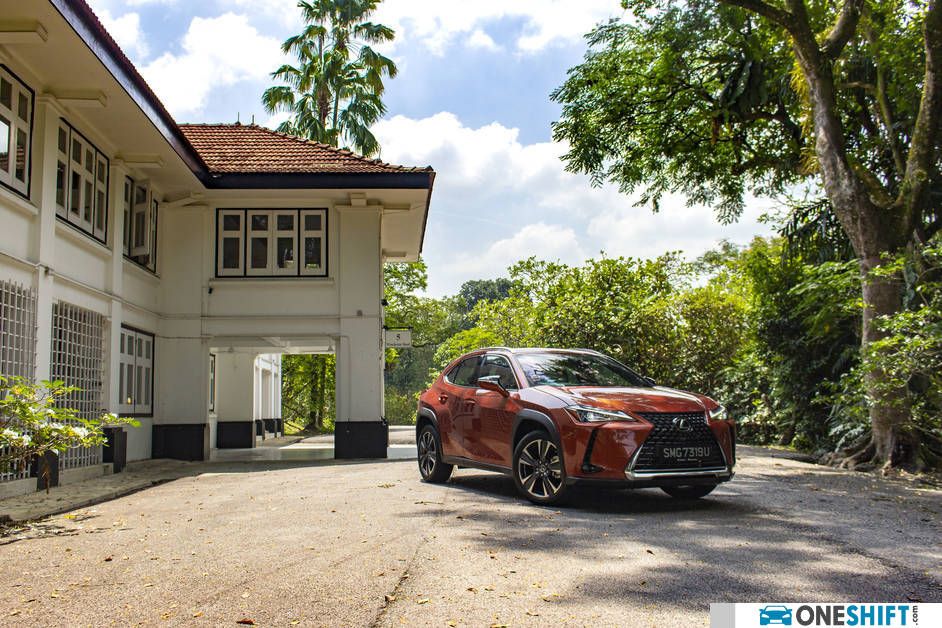 Adding to safety and convenience, the UX is equipped with features like Lane Departure Alert (LDA) helps to keep your vehicle in lane, Blind Spot Monitor System, which warns you about cars behind to your left and right, if you intend to switch lanes; and Dynamic Radar Cruise Control helps you maintain a safe distance from the car in-front of you… Helpful especially on crowded Singapore roads. 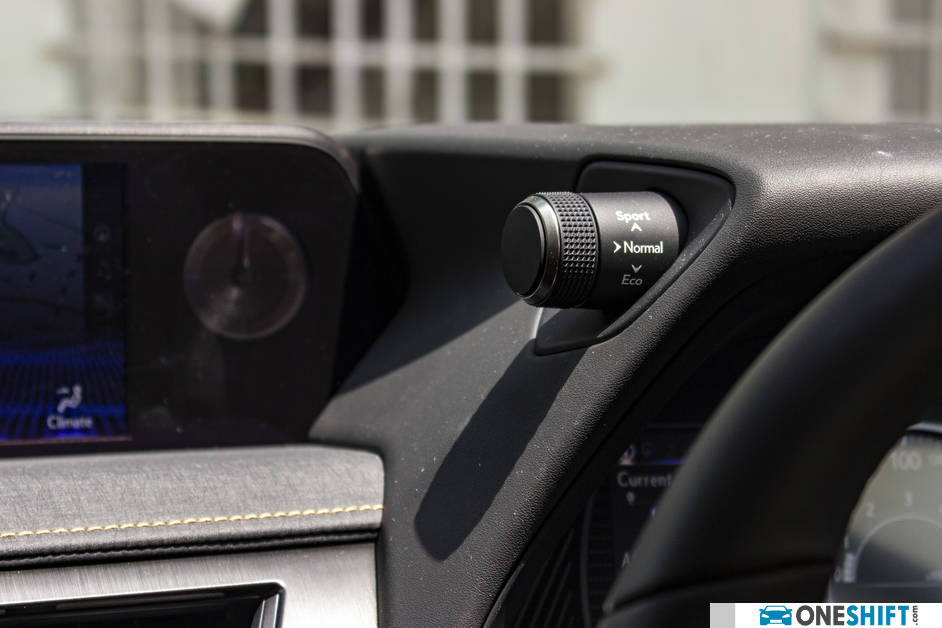 Even with a compact like the UX, it does help that Lexus also included their Panoramic View Monitor to aid with parking, allowing drivers to get a full 360 degree view of their surroundings. Backing out too, is made safer, with the inclusion of Rear Cross Traffic Alert (RCTA), which alerts you when there is traffic coming your way as you back your vehicle out.

As we mentioned earlier, the UX may have been a little late to the premium compact crossover game, however they have done a fine job in delivery.

The UX is available in eleven colours, and five different interior themes… plenty of choices. But where it truly shines is in its refinement, comfort and build quality. 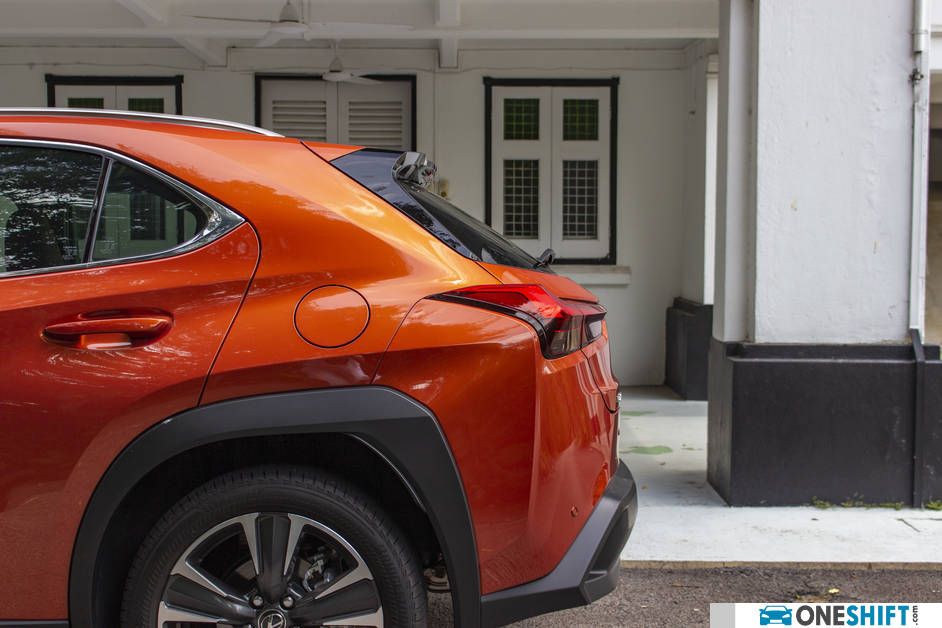